Looking for the World's Best Airlines for in-flight service? Right this way! What’s worse than grumpy gate agents and a complaint line that no human being will ever answer? When you’re on a long-haul flight from Chicago to Ho Chi Minh City, in-flight service trumps anything that happens on the ground. In-flight service isn’t just about the quality of the food or the amount of legroom you have; it’s also about entertainment options, comfort levels, and the treatment you receive from the flight crew. And when it’s bad, it can be excruciating. After all, whether your flight attendants help fix your seatback screen and top off your drink with a smile, or snatch away your peanut pack before you finish it then run over your foot with the beverage cart, you’re stuck with them for hours. On the best flights, you’re leaning back in your seat, enjoying a just-released film in HD and sipping a cup of Cabernet. On other carriers, you’re more likely to be facing a loop of the grainy films from 1997 and buzzing your flight attendant to beg for a sip of water. The airlines that got the lowest scores for service in Travel + Leisure’s annual World’s Best Awards survey were accused of being rude, if not “downright nasty,” and of “nickel-and-diming [customers] to death.” No-frills carriers that are especially notorious for cutting conveniences (farewell, tiny snack cart) ended up on the list—but so did a number of traditional airlines. “Flying is no longer an adventure or a pleasure,” said one Delta Air Lines passenger, mourning the loss of the Golden Era of air travel. “[Now] it’s an ordeal.” From the bottom of the heap, these are the airlines with the most room for improvement. And to check out the competition that blew them out of the water, click here.

The low-cost carrier based in Germany typically gives travelers what they expect—affordable tickets paired with basic service. But cramped cabins—“they insist on packing people onboard like sausages,” observed one voter—and less-than friendly crew members landed Air Berlin on our World’s Worst list.

While this Brazilian airline won’t be in the skies much longer due to a merger with LAN, the vestiges of the airline still fail to impress passengers. On Skytrax, an airline review and ranking site, one disgruntled passenger boarded the plane only to find the cabin crew occupying his lay-flat seats. “They seemed quite miffed that we’d been assigned the seats and that they had to move.” Awful service ensued: a tiny cheese bun at the beginning of the flight and no sign of the attendants afterward.

One angry passenger said AeroMexico had “the worst service,” and recommended that the airline close. We wouldn’t go that far, but the airline may want to consider upgrading the in-flight entertainment options. One traveler said that the flip-down screens didn’t go down, not even once, during the whole flight from Mexico to Orlando.

Canada’s low-cost carrier may be known for spreading mini-miracles—acts of kindness employees undertake over the holidays—when the season comes to an end, the airline’s reputation takes a downturn. Unpleasant crewmembers didn’t help the airline’s service score. “We waited at the counter for 10 minutes while being deliberately ignored by an entire WestJet crew,” said a SkyTrax reviewer. When he finally got the attention of a flight attendant, things didn’t get better. “I am upset with how we were treated and how we were spoken to; I can’t believe how difficult it was to ask one question and to receive a kind response.”

Cold shoulders and high levels of attitude were responsible for China Airlines’ low score. “Greeted harshly, crew rarely smiled, and they didn’t appear friendly or approachable,” said one reviewer. Others warn that the in-flight entertainment is becoming less and less impressive, and that it’s wise to bring your own food.

“Delta put the torture back in travel,” accused one angry T+L reader. Complaints ranged from outdated entertainment systems to “disinterested and surly” flight attendants. One traveler didn’t think the in-flight service was bad—because there was no service at all, with the flight crew nowhere to be seen.

Spain’s flag carrier may keep passengers entertained (A340s and A600s even have tail-mounted cameras for real-time footage of the flight) but “unpleasant” and “unfriendly” flight crew cost the airline major points.

“Airline support staff needs to get off of their cellphones and deal with their customers,” reported an unhappy passenger in the WBA survey. Unfortunately, the crew seems to be the only ones who are connected. Unless they’re flying first class, passengers have to pay for any type of in-flight entertainment, which is streamed to rentable tablets.

“A good deal that turns out to be a bad, low-cost experience,” reported a France-based flyer. His affordable tickets bought him an ancient in-flight entertainment system only playing old films, and sloppy, inefficient staff members. “Very poor service,” he concluded.

This Italian airline may not have received the unfortunate honor of landing in the No. 1 spot, but one traveler did think the airline was indeed that bad. “WORST economy cabin service I have ever experienced or viewed. Attendants almost threw food down and snatched [up] trash. They never even got it together to serve coffee…to the entire cabin.”

Sometimes, we expect poor or minimal service in coach-class cabins. But business class? One Skytrax reviewer had a broken in-flight entertainment system, and was laughed at by flight attendants when he reported the issue. During the same flight he requested a second glass of wine and, amidst more giggles, was told the aircraft had run out. ­Definitely not worth the splurge, sir.

Unfortunately for American, the merger with U.S. Airways hasn’t gone quite seamlessly. Many travelers noted that since the two major domestic carriers began melding into one, the quality of service has gone downhill. One person noted that there was “no form of free entertainment,” which makes for a boring flight at best. But others thought poor service and grumpy, gloomy flight attendants were the worst part. “Getting new uniforms is the same as putting lipstick on a pig: it does not solve the problem.”

Most voters agreed that the only way to ensure a pleasurable in-flight experience on an AirTran flight is to upgrade to first class. “If you’re in first class all is well,” reported one T+L reader, while another corroborated the story, saying that flight attendants fawned over first- and business-class customers while ignoring those in coach. “While it is understood these passengers paid more, it’s no excuse for looking down on coach class customers.”

A United traveler suggested the airline has tumbled all the way “from first to worst.” Not quite, but not far, either. Crewmembers don’t seem to want to be on United flights any more than the unhappy travelers who reported on our annual survey. “Listening to attendants complain about their jobs is bad, but their inattentiveness is amazing!” said one T+L subscriber. Two and a half hours in the air with no drink and zero in-flight entertainment? Definitely not amazing.

No. 6: US Airways, Domestic

For the numerous travelers whose negative reviews placed US Airways in the bottom 10, there’s good news: this year, the domestic carrier completed its massive merger with American Airlines. Hopefully, the No. 9 carrier can step up its in-flight service game even after absorbing a less-pleasing airline.

Customers used to have fond memories of Frontier, a Denver, Colorado-based low-fare airline. But this year, reports weren’t so favorable. “Frontier is going downhill so fast, and they do not seem to care,” observed one T+L voter. Another agreed: “this airline has gone from the best airline in the world to the worst in one year.” What’s changed? Poor service and new fees and policies that left passengers feeling nickel-and-dimed.

“American Eagle has the rudest flight attendants I have ever encountered,” claimed one voter in the WBA survey. During a severely delayed flight, a traveler recalled crewmembers “berating customers.” He added that the service was, generally speaking, terrible and confrontational.

“You would have thought the cabin crew were paying for this out of their own pocket,” said one Skytrax reviewer who observed attendants begrudgingly serving snacks and directing passengers to the back of the plane to fill up their plastic cups with water. To this we say: At least there were snacks!

“You’ll be lucky if you make it there alive,” said one T+L reader—though he was talking about bad service and unreliable schedules, not safety. An “apathetic flight crew” didn’t help the airline’s ratings, which suffered enormously from reduced in-flight amenities, surprise add-on fees, and delays.

“I would not fly Spirit [even] if it was free,” wrote a T+L subscriber after a horrible in-flight experience on the barebones airline. “Service is terrible, incompetent, and insulting,” said another traveler, referring to his or her experience on the phone, online, at the ticket counter, and in-flight. Cabin crew, specifically, were cited as unprofessional and unhelpful. It’s no wonder, then, that Spirit came in at the No. 1 with a score more than 10 points below the second-worst airline. Better luck next year, Spirit. 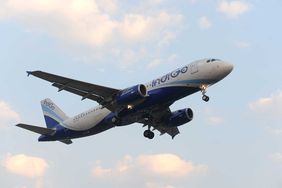 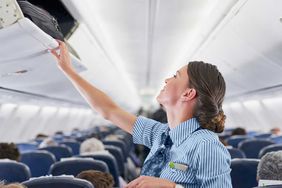