Rome is as much a destination of the past as it is of the present. Ancient architecture and medieval piazzas sit alongside buzzing trattorias and contemporary fashion houses. The same can be said of Rome’s best hotels, which blend history and culture with forward-thinking design and service. Every year for our World’s Best Awards survey, T+L asks readers to weigh in on travel experiences around the globe — to share their opinions on the top hotels, resorts, cities, islands, cruise lines, spas, airlines, and more. Readers rated hotels on their rooms and facilities, location, service, food and drink, and overall value. Properties were categorized as city or resort based on their locations. Proximity to Rome’s best sights was of utmost importance to this year’s readers — though not at the expense of privacy. Hotel de Russie, an updated 19th-century palazzo loved for its terraced gardens and classical architecture (No. 2 on our list) is perfectly situated between the Spanish Steps and Piazza del Popolo, as well as the shops on Via Condotti. “Close enough to everything you need, but far enough away from tourists,” one reader commented. Even closer to the Spanish Steps is the elegant Hassler Roma, an adjacent 1893 landmark within walking distance of the coin-filled Trevi Fountain, the Pantheon, and the Villa Medici. It took third place in the category. Luxury was another box readers looked to check off, and they found it at the Villa Spalletti Trivelli, a 12-room villa overlooking the Quirinale Palace gardens. Once the home of a Roman count and countess, it is filled with many of the family’s own design details (large Flemish tapestries, jewel-toned fabrics, a spa with a Turkish bath). At Rome Cavalieri, Waldorf-Astoria, perched on the city’s highest hilltop, the grounds are as impressive as the views. The hotel also boasts an impressive art collection, Rome’s only Michelin-three-starred restaurant, three outdoor pools, and private balconies for each of its bedrooms. This year, J.K. Place Roma stole the show. One reader praised its “incredible” design, while another called it “exceptional on all levels.” With this kind of competition, it would have to be.

This 17th-century town house in the heart of the centro storico is a cosmopolitan dream — one within walking distance of the Spanish Steps, the Pantheon, and Rome's prettiest piazzas. An inconspicuous entrance leads to an atrium lounge filled with marble and a library stocked with volumes on art and society. Upstairs, the jewel-toned guest rooms are elegant and cozy, with canopy beds, brass doorknobs, framed fashion-house sketches, and antique fireplaces with which to warm tired limbs after hours of sightseeing. 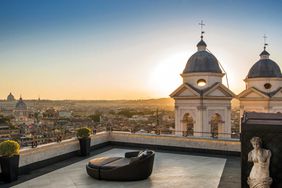 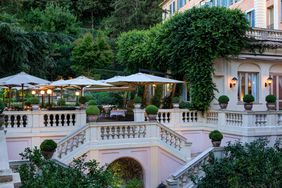 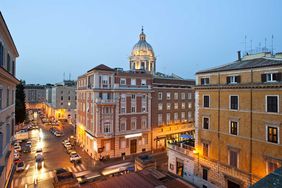 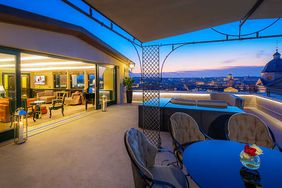 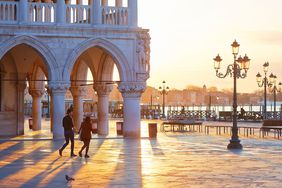 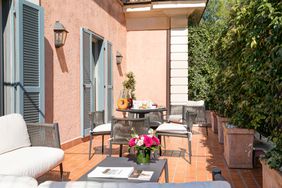 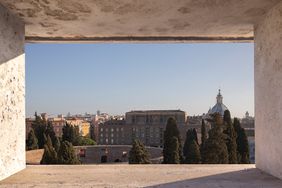