The best hotels in Athens, according to Travel + Leisure readers, show off the city’s vibrant culture scene and honor its ancient history.

In its pursuit of becoming more a destination than a stopover city, Athens has flourished in recent years with a host of eclectic art gallery and bar openings to complement its renowned historical sites and refined hotels. Properties like the three on this brand-new list serve as stellar home bases from which to explore the city, which travelers are realizing deserves more time than a four-hour Acropolis tour.

Every year for our World's Best Awards survey, Travel + Leisure asks readers to weigh in on travel experiences around the globe — to share their opinions on the top hotels, resorts, cities, islands, cruise ships, spas, airlines, and more. Hotels (including safari lodges) were rated on their facilities, location, service, food, and overall value. Properties were classified as city hotel, resort, or safari lodge based on their locations and amenities.

The three properties that ranked as the best hotels in Athens capitalize not only on the city's history but its geography as well. The obvious example is the long-anticipated Four Seasons Astir Palace Hotel Athens (No. 2), which opened in spring 2019. Set on the Athenian Riviera, the Four Seasons marries the convenience of a city hotel with the best aspects of a waterfront resort, including three beaches. Between the Martin Brudnizki–designed interiors and the newly Michelin-starred Pelagos restaurant, it's not a surprise that one T+L reader pronounced the hotel "almost perfect," specifically touting its "beautiful location, excellent service, and great dining."

By contrast, the No. 1 and No. 3 hotels are nestled in the heart of Athens, in Syntagma Square in full view of the Acropolis. Both part of Marriott's Luxury Collection portfolio, King George (No. 3) and Hotel Grande Bretagne (No. 1) populate historic buildings that are walking distance from attractions including Athens's Plaka, ancient Agora, Lycabettus Hill, and Roman Forum. Unsurprisingly, both are touted by our readers as offering an "excellent location" — but read on to find what sets Hotel Grande Bretagne apart as the best Athens hotel in the inaugural edition of this category.

To stay at the Hotel Grande Bretagne is to sleep inside a small piece of Athens's history. The building was erected in 1874, only 44 years after Greece gained independence from the Ottoman Empire. When Athens hosted the first modern Olympic Games in 1896, the most important attendees stayed at this grande dame. And in more recent years, the 320-room hotel has played host to the likes of Elizabeth Taylor, Francis Ford Coppola, Jay-Z, and Bruce Springsteen. Our readers praised the hotel's beauty, location, and main attraction: the rooftop bar and restaurant ("not to be missed," one WBA voter insisted). With one of the best views of the Acropolis in the city, the GB Roof Garden Restaurant helps make the hotel "excellent in all ways," per another reader. 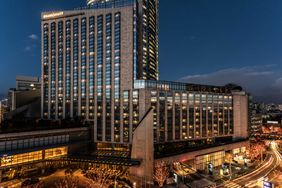 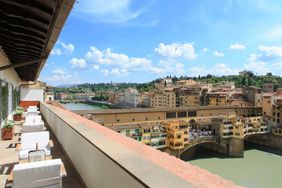 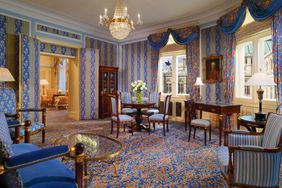 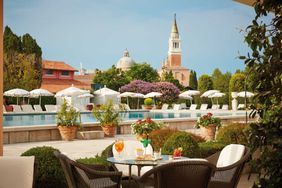