When it comes to the Côte d’Azur, travelers get stars in their eyes —literally. The paparazzi snap photos of celebrities lounging poolside at the 147-year-old Hôtel du Cap-Eden-Roc between screenings and parties during the Cannes Film Festival. And tabloids abound with shots of the famous relaxing at the Grand-Hôtel du Cap-Ferrat, a Four Seasons Hotel, which is located in a spot between Nice and Monte Carlo nicknamed “Cape Celebrity” for its famed visitors and residents, who include Bono. No wonder then that both these properties made a big impression with T+L readers, who voted them among the best in the world. Every year for our World’s Best Awards survey, T+L asks readers to weigh in on travel experiences around the globe — to share their opinions on the top hotels, resorts, cities, islands, cruise ships, spas, airlines, and more. Hotels were rated on their facilities, location, service, food, and overall value. Properties were classified as city or resort based on their locations and amenities. Related: The 2018 World's Best Awards For a little less flash, consider traveling half an hour northeast from the Nice airport to Èze, a medieval hilltop village that overlooks Villefranche-sur-Mer and St.-Jean-Cap-Ferrat. At the hilltop Château de la Chèvre d’Or, there are 40 individually decorated rooms spanning a stone castle and adjacent buildings. The Panoramic Suite has its own infinity pool overlooking the sea, although all guests can take in the view from the Michelin two-starred restaurant. Gorgeous vistas also await at Château Eza, which dates back to the 17th century. You’ll have to walk the last 10 minutes from your car, but readers promise it’s worth it for the pleasure of recovering in one of the 14 rooms’ four-poster beds. To feel like an old-school royal, there’s no need to travel far beyond Paris; why not stay at the No. 5 Trianon Palace, a Waldorf Astoria Hotel, which earned the top spot last year? The 199-room resort, set on the three-acre Parc de Versailles, has Gordon Ramsay restaurants, a Guerlain spa, and enviable proximity to Louis XIV’s palace. Consider it a perfect place to recover from jet lag before moving on to the south of France and the No. 1 favorite this year.

Past guests include Pablo Picasso and Elizabeth Taylor. And this 1908 property, reimagined by Pierre-Yves Rochon in 2009, is still one of the best places to see and be seen. Set on a 17-acre spread, the 74-room resort, now managed by Four Seasons, has a Michelin-starred restaurant, a pampering spa offering facials by Swiss skin-care expert Dr. Burgener, and a seaside club reached by a glass-walled funicular. Continuing the legacy, one fan wrote, “A gorgeous hotel in a stunning and special location!” 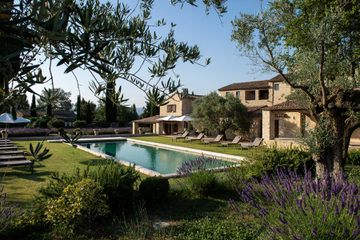 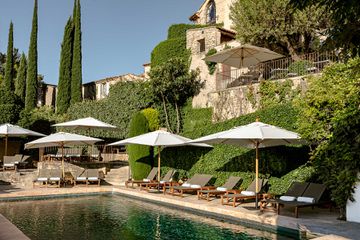 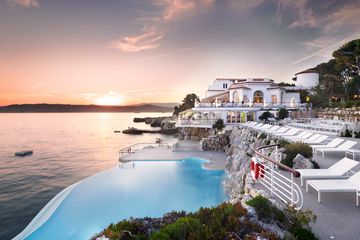 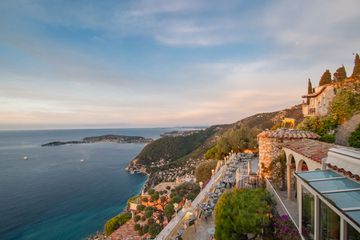 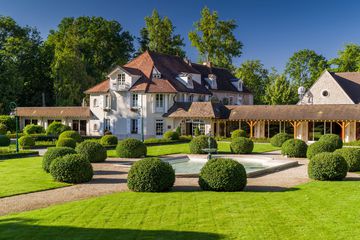 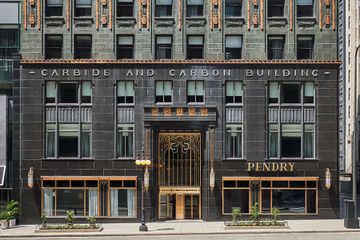 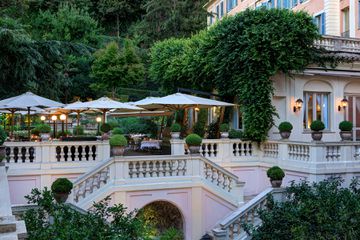 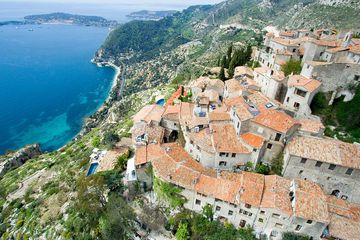 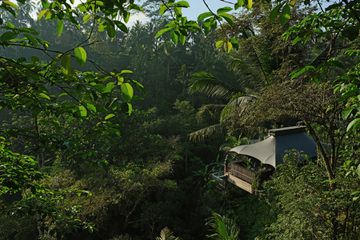