Adventure-seeking travelers have embraced midsize ships, which can explore far-flung ports, including polar destinations — Antarctica, Greenland — and tropical islands in the South Pacific. The just-right size of these vessels hit many of the right notes for Travel + Leisure readers this year, who raved about having enough to do aboard while also getting to see some of the world’s most spectacular scenery.

Every year for our World’s Best Awards survey, T+L asks readers to weigh in on travel experiences around the globe — to share their opinions on the top hotels, resorts, cities, islands, cruise ships, spas, airlines, and more. Readers rated individual cruise ships on their cabins and facilities, food, service, itineraries and destinations, excursions and activities, and value. Those assessments were combined to generate results for the cruise lines in five categories; midsize-ship ocean cruise lines have ships that can carry 250 to 599 passengers.

No. 2 Ponant made big strides, moving up three spots from last year’s position. The expedition-minded line has grand plans to expand its fleet — they’ve added four ships since 2018 — and T+L readers have raved about the trips that Ponant puts together. “Amazing expedition cruise through the Panama Canal, could not have enjoyed this more than we did,” said one reader, who sailed on Le Lyrial. “Ponant ran a very impressive and well-organized trip to Antarctica,” said another, who traveled on Le Boreal. “It’s a complicated place to visit, and the staff was excellent.” A different traveler was so blown away by a trip on the Le Boreal to the Arctic and Greenland that “we and several other passengers booked Le Lyrial for an Antarctic cruise the next year.”

After coming in first last year, No. 3 Paul Gauguin Cruises slipped a bit in this year’s voting. But the single-ship line, which operates in the South Pacific, still scored with many readers. (In September 2019, Paul Gauguin Cruises became part of Ponant, though it still operates as a stand-alone brand.) “The shallow draft of the ship allowed us to go into harbors and ports where other ships cannot,” said one voter. “The service, the food, the diving experiences, and all the other excursions they offered were truly amazing.” More than one reader said the ship was best suited for traveling couples rather than families or solo adventurers.

This year’s No. 5 spot went to Silversea Cruises, which wasn’t on last year’s list of top midsize-ship lines. It won over readers with cosseting service — including a butler for every guest — and “well-organized” excursions. “It was the best cruise we’ve ever done — and we’ve done several,” said one voter, who was wowed by the Silver Wind. “I took 14 family members and the staff did a fine job of managing expectations across a wide range of age and expectation,” said another reader, whose group enjoyed the Silver Whisper. Others credited Silversea’s itineraries for the line’s popularity. “It’s a glorious ship,” said one reader of the Silver Muse. “It’s perfect for veteran travelers who want to go further than standard cruise ports.”

At No. 4, Windstar Cruises also had plenty of sparkling reviews. “I love Windstar for the small size of the ships,” said one voter, who traveled on the Wind Surf. “The outdoor spaces are lovely, and they have the best service. The food was delicious, as was the cooking class. But then how could sailing the waters of Tahiti be anything but excellent?”

But most excellent of all, according to T+L readers, is setting out with Seabourn, which claimed top honors this year. Find out what sets it apart and why travelers consider these operators to be the best midsize-ship ocean cruise lines this year.

This Hall of Fame honoree moved from runner-up last year to the winner’s circle this year. Readers liked the intimate feel of the brand’s smaller ships as much as the destinations they visited. “Seabourn is the finest cruise line we have ever enjoyed, in 50+ years of cruising,” said one fan. “The Seabourn Sojourn, in particular, offers superb, skillful, and friendly service, sophisticated ambiance, and fine cuisine in a ship of manageable size.” Another reader loved the fact that a midsize ship has a Goldilocks feel, neither too big nor too small. “The Seabourn Quest is our first choice because it has everything we like in a cruise ship. At its size, we get the feel of the ocean. We get to visit different and unusual stops (like ports in Greenland and Iceland). And we actually make it to shore due to the ship's smaller size.” While a few readers mentioned that “entertainment is lacking,” the overall verdict on Seabourn’s three midsize ships was enough to vault the company into first place in this category. “Now that we have sailed with Seabourn, we will not cruise on any other carrier,” said one voter. “It was worth every penny.” 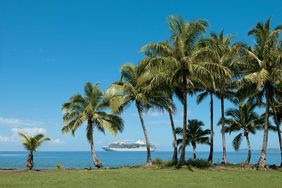 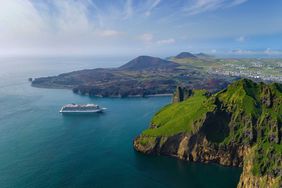 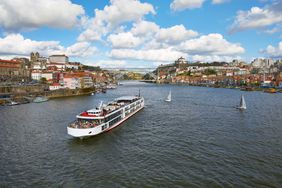 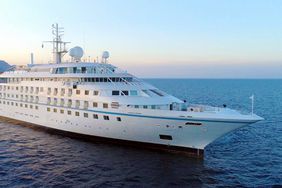 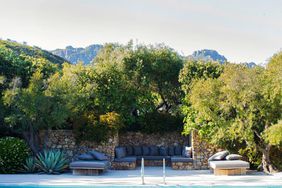 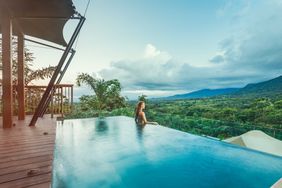 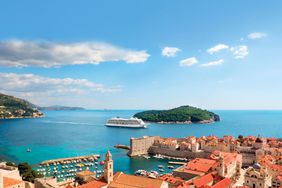 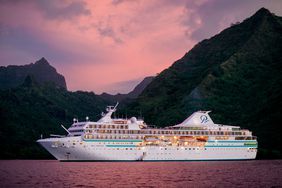