The enduring pleasures of Greek myths, thousands of years later, owe much to the high drama played out by the dwellers of Mount Olympus. But as anyone who has ever been in a romance knows, setting is key. So it’s no surprise that when it comes to voting on the best islands in Europe, our readers gave four out of the top 10 spots to Greece. The winners are all destinations where ancient history is ever-present, and each sunset seems to be more epic than the last. Every year for our World’s Best Awards survey, T+L asks readers to weigh in on travel experiences around the globe — to share their opinions on the top cities, islands, cruise ships, spas, airlines, and more. Readers rated islands according to their activities and sights, natural attractions and beaches, food, friendliness, and overall value. Rhodes and the Dodecanese, Páros, and Crete are all places where you can choose your own adventure: ruins or lazy basking in the sun, with a spectacular meal of fresh fish at the end of the day regardless. But Santorini is another animal altogether, which is why it’s claimed the number one spot in this category an astounding 14 times. Sunset hero shots may have become a cliché on Instagram—and here, as everyone gathers in the cobblestoned town of Oía just before evening falls, you can see why. Hotels built into the steep cliffs offer views out over the sea that are so captivating, there’s no reason to leave your suite and its private plunge pool until dinnertime. Italy, another perennially popular destination, claimed two spots on the list. Sicily, the largest island in the Mediterranean Sea, boasts Mount Etna, the tallest active volcano in Europe, as well as ruins from the Greeks and the Romans and a plethora of vineyards. Even more popular among our readers is Ischia, a volcanic island that combines history with elegant hotels and restaurants, and has appeared in the works of Truman Capote and Elena Ferrante. But for some, it’s not always about warm-weather destinations. Scotland’s Skye and the Hebrides, an archipelago famous for its cliffs, moors, and moody, dramatic landscapes, broke into the list for the first time ever — proving that even in a destination as well-trammeled as Europe, there are always new discoveries waiting to be had.

6. Rhodes and the Dodecanese, Greece

3. Hvar and the Dalmatian Islands, Croatia

One of the Cycladic Islands in the Aegean, Santorini is synonymous with sunsets so spectacular that residents and tourists alike watch in reverence from the main town of Oía. Here, life is at its simplest: meals of grilled fish, native eggplant, and homemade feta cheese, washed down with a local Assyrtiko white wine; outings to vineyards, beaches, and villages; or, perhaps, no outing at all beyond stepping onto your hotel balcony to revel in that incredible view of the caldera. As one reader wrote, “Breathtaking is an understatement.” 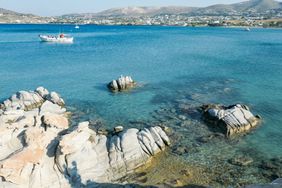 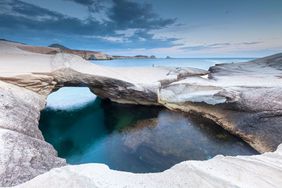 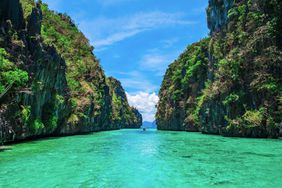 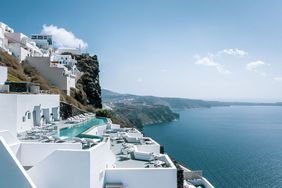 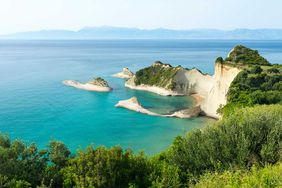 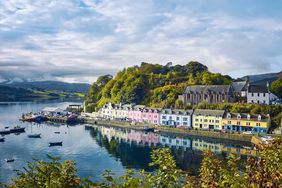 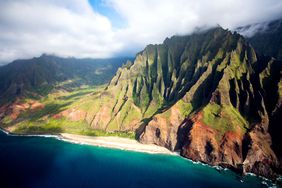