Beyond the beauty of the landscape and rich flora and fauna, the allure of visiting Central and South America lies in experiencing the regions’ rich culture, history, and architecture. In urban centers, those facets are often reflected in the hotels. Many of the best hotels in Central and South America embody a deep sense of place, not to mention the elegance and top-notch service Travel + Leisure readers expect.

South America swept the category again, but a couple of countries are especially well represented this year. In Peru, the draw of Cuzco is still strong: the historic colonial city high in the Andes has four hotels on the list, including last year’s winner, Palacio del Inka, a Luxury Collection Hotel, which is No. 3 in 2020. The property is housed in a 500-year-old mansion and maintains an impressive collection of art, including pieces from the Inca and pre-Inca eras, but that’s far from the only culture to be enjoyed on site. “The bar is a really nice place to unwind after a day of travel,” wrote a reader. “One night they had an amazing local guitarist playing.”

Other historic properties in Cuzco also captured travelers’ hearts — namely, two Belmond hotels built in former religious structures. “I could have stayed in my suite forever,” mused one reader about staying at No. 9 Belmond Palacio Nazarenas, which once served as a convent. And while No. 4 Belmond Hotel Monasterio may have been a simple home for priests once upon a time, it’s now a sumptuous retreat for travelers “with gorgeous gardens in the inner quadrant,” as one reader put it.

Colombia appears three times on the list, with two hotels in Cartagena and one in Bogotá. T+L readers were particularly enamored with the Sofitel Legend Santa Clara Cartagena, at No. 5, which one reader called a “heritage gem in the most phenomenal location in Old Cartagena.” Also in Cartagena, Hotel Casa San Agustin, at No. 7, earned praise for its “impeccable” service, while the Four Seasons Bogotá, ranked No. 10, was another winner that charmed with its traditional roots. “Thoughtfully renovated to have modern features while maintaining its history and heritage,” one traveler noted.

This year’s winner is in a class of its own as the sole Ecuadoran hotel on the list. Read on to see why Casa Gangotena claimed the No. 1 spot — and which other hotels joined it on this year's list of the best city hotels in Central and South America.

After placing fifth last year, this boutique property housed in a restored mansion with Art Deco and Art Nouveau influences leapt to the top. “A beautiful hotel with fabulous service,” according to one T+L reader, Casa Gangotena puts travelers in the heart of Quito’s picturesque Old Town. The surrounding city blocks are part of a UNESCO World Heritage site, rich in architecture that fuses indigenous and European artisanship, including La Compañía de Jesús, a stunning Jesuit church with a gilded central nave that’s within walking distance of the hotel. When the day’s sightseeing is done, guests can get another perspective on the Plaza San Francisco and the rest of the city from the hotel’s rooftop bar. 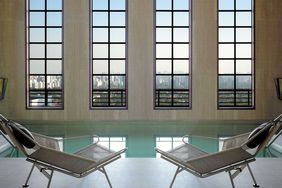 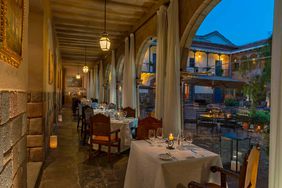 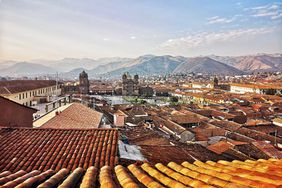 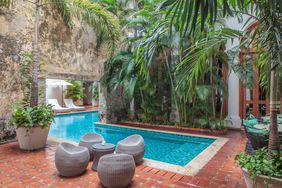 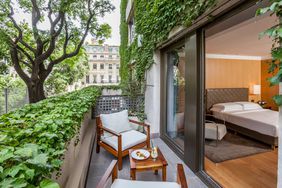 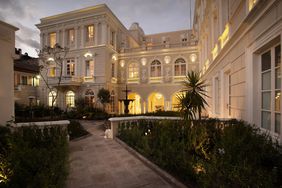 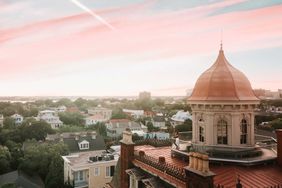 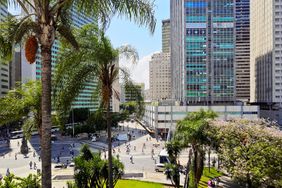 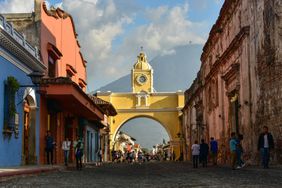 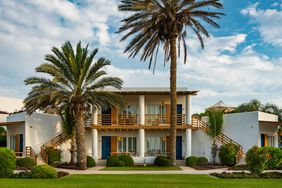 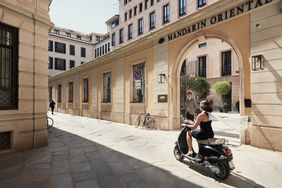