This year’s World’s Best Awards survey closed on Mar. 2, just before widespread stay-at-home orders were implemented as a result of COVID-19. The results reflect our readers’ experiences before the pandemic, but we hope that this year’s honorees will inspire your trips to come — whenever they may be.

For a long time, Canada’s major cities were viewed by many international travelers as mere gateways to the country’s world-famous wilderness. You might spend a day or two in Calgary before continuing on to Banff National Park, or a weekend in Toronto prior to a longer trip to Lake Muskoka. But in recent years, Canada’s cities have come into sharper focus, thanks to the arrival of newly buzzy neighborhoods, detour-worthy restaurants and bars, one-of-a-kind cultural attractions, and, yes, world-class hotels.

Though they’ve historically kept a low-profile, Canada’s world-class hotels have been there all along. Take Toronto’s Drake (No. 6), which has been attracting a steady stream of stylish, in-the-know travelers since its opening in 2004. With its sceney rooftop, beloved Corner Café & Bistro, and subterranean nightclub, the 19-room hotel is just as much a place to play as it is to stay. “It’s creative, beautiful, and accommodating,” gushed one respondent.

When it comes to grand hotels, Canada is famously spoiled for choice — consider Quebec City’s Fairmont Le Château Frontenac (No. 9), a regal, castle-style landmark that towers over the St. Lawrence River and has hosted dignitaries including Winston Churchill and Franklin D. Roosevelt. The Ritz-Carlton, Montreal (No. 3), which opened in 1912, was restored to its former glory with a $200 million renovation in 2012, and it has never looked better. “It’s a wonderful hotel,” raved one reader. “The rooms are very large and decorated beautifully — even the closet was amazing!”

This year, it was two Vancouver hotels that earned gold and silver honors, with the historic Rosewood Hotel Georgia coming in second place. Readers love the property’s mix of Art Deco bones and contemporary touches.

Read on to see the full list of the best city hotels in Canada, and to find out why Loden Hotel was readers’ top choice.

This hotel in Vancouver’s scenic Coal Harbour neighborhood keeps climbing the rankings. Last year, the Loden was ranked second, after coming in 10th in 2018. As in previous years, our readers applauded the hotel’s legendary, thoughtful service. “The staff are amazing,” wrote one respondent, also praising its waterfront location and stylish, comfortable interiors, which feature floor-to-ceiling windows and Philippe Starck light fixtures. Don’t miss a meal at the Tableau Bar Bistro, beloved by travelers and locals alike, as well as a spin around nearby Stanley Park, a 1,000-acre rain forest surrounded by water, on one of the Loden’s cruiser bikes. 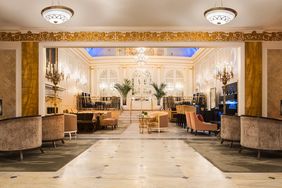 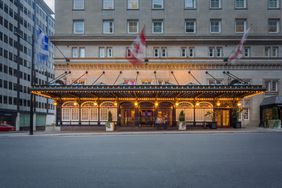 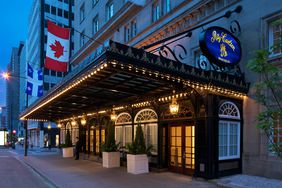 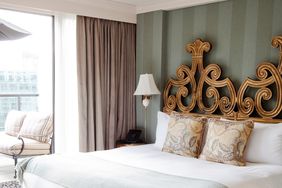 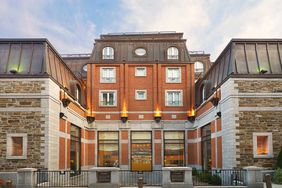 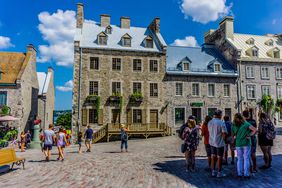