The best city hotels in Asia, according to Travel + Leisure readers, capture their destination’s culture and vibrant energy.

Asia is a land of extremes — superlatives like longest, tallest, largest, and busiest are often used to depict the destination's myriad cities and attractions. But among its many descriptors is also the word best: the continent is home to some of the world's best cities. Major metropolises like Chiang Mai, Tokyo, and Seoul — all meccas for food, culture, and history — made Travel + Leisure's 2022 list of best cities in the world. And, of course, Asia's cities are equally lauded for their incredible hotels, six of which landed on our World's Best Awards' 100 Best Hotels this year.

India — specifically, Mumbai and New Delhi — had a strong showing, with five hotels making the cut this year, including the No. 1 winner: the Oberoi, New Delhi. At No. 3 was the Taj Palace, also in New Delhi, with a tranquil spa, a massive pool starring a swim-up bar, and several restaurants, namely one inside a train car meant to mimic the Orient Express. For one reader, this hotel is "luxury at its best."

Vietnam and Singapore, meanwhile, took three spots each on this year's list, with Capella Hanoi (No. 2) getting praise for its "excellent personalized service" and ideal footprint near famous landmarks. Thailand and Japan brought in two hotels each: the Four Seasons Hotel Kyoto, for example, partially owes its No. 4 spot to its "beautiful location," while the Mandarin Oriental, Bangkok, ranked at No. 6 thanks to amenities like personal butlers, a luxurious spa, and sumptuous Thai-style décor.

Read on for the full list of best city hotels in Asia.

The Oberoi, New Delhi, is not only the best city hotel in Asia, but it's also one of the 100 best hotels in the world, according to Travel + Leisure readers. That should come as no surprise, though, given the Oberoi Hotels brand's reputation for cocooning its guests in luxury. This 220-room property, well-positioned next to a golf course and popular Delhi attractions like the UNESCO-designated Humayun's Tomb, spoils visitors for choice, with both indoor and outdoor swimming pools, four restaurants (including one from chef Andrew Wong of Michelin two-star restaurant A. Wong in London), a patisserie, cigar lounge, spa, and, to top it off, warm Indian hospitality. 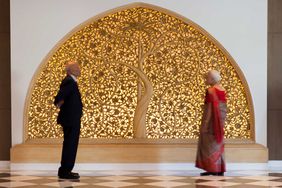 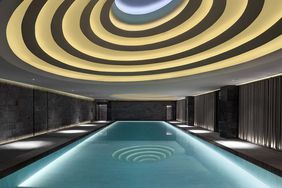 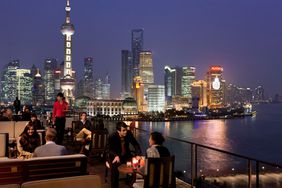 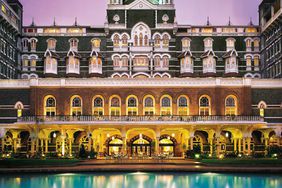