United Airlines’ business-class passengers won’t have to scream for ice cream much longer. One of its Polaris class’ beloved perks, the sundae cart, is making a comeback after a pandemic pause.

In a tweet on Monday, the Chicago-based air carrier announced the return of the service in which flight attendants roll a cart through the cabin, offering vanilla ice cream, with toppings like hot fudge, candy, whipped cream, and — of course — a cherry on top.

Business-class passengers had been posting about their longing for its return on social media ever since the service was put on hold in the early days of COVID-19, according to TripSavvy. The personalized dessert service had been a part of the cabin’s offerings for decades, but was traded out for pre-packed ice cream, to eliminate touch points in the wake of the virus, TripSavvy reported.

Last month, the service started back up again on several routes departing from San Francisco, including those going to Frankfurt, Brisbane, Sydney, and Singapore. This week’s tweet confirms that the sweet service is currently limited to those routes from the City by the Bay, but also said that it is “coming to all long-haul international flights in February.”

In addition to enjoying made-to-order sundaes mid-flight, United’s Polaris customers also get treated to lie-flat seats, Saks Fifth Avenue luxury bedding, noise-reducing headphones, and amenities kits from Away with Sunday Riley products. Ahead of takeoff, they also receive a free checked baggage and entry into the United Polaris lounge, with full-service dining in addition to buffet service.

United has been carefully reinstating several services that were staples in the pre-pandemic era. In early November, the airline brought back kids’ meals, featuring menu items such as chicken tenders, grilled cheese, croissants, and French toast, for those who requested “children’s special meals” ahead of their flights that include complimentary meals. This year, they’ll also introduce the option to pre-order kids’ meals in certain classes.

"We're committed to providing a great onboard experience for all of our customers, and we're thrilled to be able to offer our youngest fliers new, kid-friendly food options on select routes," the airline’s managing director of hospitality and planning Aaron McMillan said at the time. 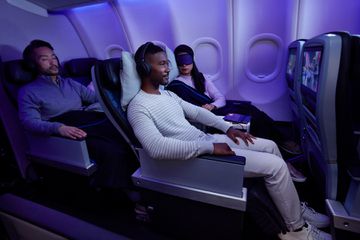 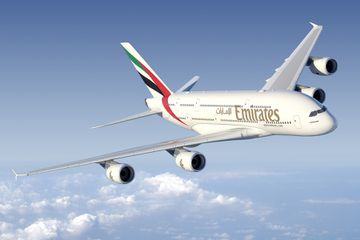 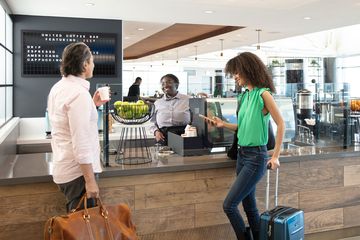 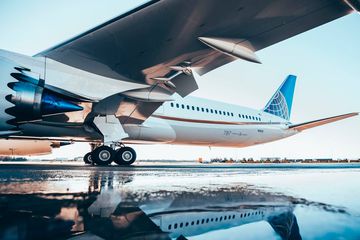 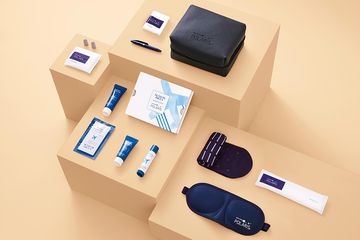 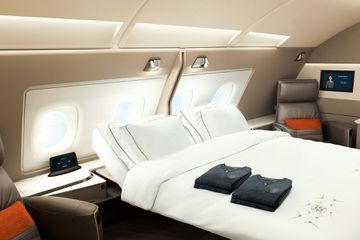