It's open, and it's gorgeous.

Summer Rylander
Summer Rylander is a freelance food and travel journalist based in Nuremberg, Germany. Her writing has appeared in Condé Nast Traveler, Food & Wine, HuffPost, Stylist, and more. She enjoys a good Negroni and any excuse to practice her sourdough baking.
Travel + Leisure Editorial Guidelines

"So, who's going to lead?" our driver, Abdul asked, as he lifted my suitcase from the back of his van.

"Hopefully you," I chuckled, assuming he was making a joke after our convivial airport transfer. We'd just parked at the edge of Stone Town and at nearly 10 p.m., night had descended on the narrow, maze-like streets. There was no way we'd find our hotel without guidance.

"It's better for safety if I walk behind," Abdul explained. "I'll let you know where to turn."

My husband, Johan, took the lead and I fell in line between the two men, trying to take in my surroundings as we walked through thick heat that proved a persistent force during our 10-day stay on the island. Despite my aversion to heat, I was excited to be in Zanzibar. It was a new destination for us, and we were deeply grateful the trip had come to fruition.

Though Tanzanian borders have remained open for tourism throughout most of the COVID-19 pandemic, the weeks leading up to our Dec. 23 departure felt increasingly tenuous as the European Union imposed flight restrictions on several countries in southern Africa. The omicron variant dominated headlines as our cancellation window began to close, but Johan and I — both triple-vaccinated and diligent FFP2 mask-wearers — agreed: Unless our KLM flights were canceled or one of us tested positive for the virus, we would keep our plans to go to Zanzibar over Christmas.

Navigating the logistics to make this happen, meanwhile, was pretty straightforward. We needed tourist visas prior to arrival, which we applied for online through the Tanzania eVisa portal. For U.S. passport holders like myself, the cost is $100 and grants travelers a multiple-entry visa that is valid for one year. My Swedish husband's application cost $50, and he received a single-entry, 90-day visa. Both visas were approved within 48 hours of applying.

While proof of vaccination is not required for travel to Tanzania, a negative PCR test is — and that goes for all travelers, including returning Tanzanian residents. For our trip, PCR tests had to be carried out within 96 hours of arrival. (And, though subject to change, 96 hours was still the latest guideline at pub time.) Filling out a health declaration form within 24 hours of arrival was our final step.

Thankfulness washed over me again as Abdul's directions led us to the palm tree-flanked, open-air lobby of Emerson Spice, an atmospheric boutique hotel in a former merchant's palace. Seduced by the property's acclaimed rooftop restaurants and lush courtyard garden, I'd booked us into the Desdemona room for four nights. We were greeted warmly despite our nighttime arrival and soon settled into our top-floor accommodations.

The next morning, after a rooftop breakfast — which included mango and avocado so luscious I told my husband I refused to leave the island until I'd consumed my bodyweight in fresh fruit — we took a walking tour of Stone Town. Solomon, our guide, knew the labyrinth of alleyways like the back of his hand, and we were given a crash course on the history and culture of the city.

A UNESCO World Heritage Site since 2000, Stone Town is an architectural feast of Swahili, Arab, Indian, and European design. This fusion of cultures, along with early prominence in spice trading and, horrifically, slave trading that endured until 1873, makes Stone Town an essential point of reference for understanding Zanzibar beyond its beaches.

Islam is the predominate religion across the archipelago, which is reflected in the early morning calls-to-prayer, as well as the local dress. Visitors are well-served to dress conservatively in Stone Town — one poster we encountered even encouraged tourists to swap their shorts for clothing that covered shoulders and knees.

When we reached Darajani Market, we were surrounded by wooden carts piled with jackfruit, mango, pineapple, chiles, cassava, and sweet potato leaves. Zanzibar is perhaps most famous for its fragrant cloves, but at every turn, I could smell the scent of cinnamon, cardamom, ginger, and vibrant masalas. I bought the first of several spices I took home before Solomon leds us through the fish and meat stalls.

Navigating the bustling market, Johan and I exchanged a few glances. Social distancing was clearly not a concern here — should we be nervous? Everyone else was going about their business of selling or shopping, seemingly unbothered by the shoulder-to-shoulder flow of humanity. Almost no one was wearing a mask.

Ultimately, we chose to relax into the locals' flow. It's a stark contrast to the cautionary public behavior at home in Germany, but nearly everything is open air in Zanzibar. Hotels, restaurants, and shops are all as open as possible; life simply takes place outside in this tropical climate. Unless we were in our hotel room or a transfer van, our experiences were swathed in salty sea air (and sticky-sweet humidity).

The three-and-a-half days we spent in Stone Town — whether sipping tea on a rooftop, tucking into tender goat curry, or finally learning how to swim in the Indian Ocean at the age of 37 during an amazing afternoon aboard a Safari Blue dhow — were remarkable. For better or worse, COVID-19 was just not top of mind, and it felt great.

We departed Stone Town with Abdul to spend the next five nights in Nungwi, at the northern tip of the island. We stayed at Essque Zalu Zanzibar, regarded as one of the island's luxury properties, in a Seafront Suite. Surrounded by verdant landscaping, this suite is actually a 900-square-foot private villa with a terrace overlooking the water and Essque Zalu's picturesque jetty.

Our time in Nungwi was happily spent rotating between the saltwater infinity pool, the bar at the end of the jetty, and our comfortable terrace with convenient pool bar proximity. More than once we made the 20-minute walk to Nungwi Beach to eat at Fish Market Local Restaurant, a family-owned eatery directly on the beach that served a delicious seafood curry and Zanzibarian five-spice calamari. We dipped in the ocean and walked past cows lying on the beach under the shade of a palm tree. We continuously noticed how friendly, welcoming, and unhurried people were — and, perhaps unsurprisingly, heard the phrase "hakuna matata" repeatedly.

We even regained the ability to social distance; a relief as our return date loomed. Despite visiting during the island's peak season for tourism, we still had plenty of space to ourselves both on and off the property in Nungwi. We sank into true vacation mode, welcomed 2022 more blissed out than we'd been in two years, and flew back to Germany still brimming with gratitude.

I can't say with certainty whether it's right or wrong to travel to an island (or anywhere, for that matter) during a pandemic. There's no question that it's a privilege to even have the option to do so. But travel — learning, making connections, experiencing different cultures — is important. If you have the ability to travel and you're willing to do so safely, responsibly, and with respect to the communities your trip will impact, now is a meaningful time to get back out there and see the world. 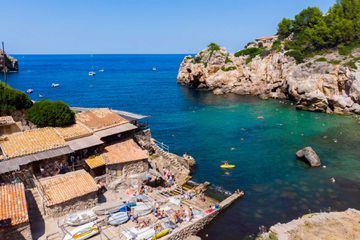 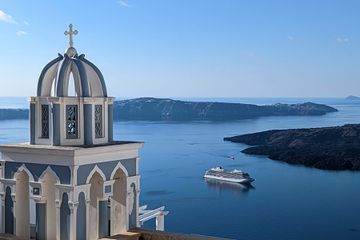 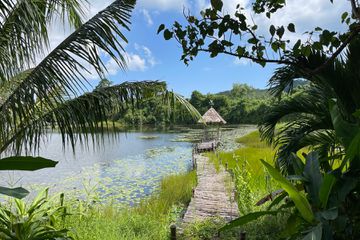 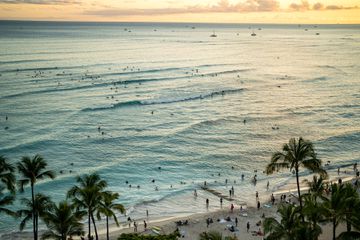 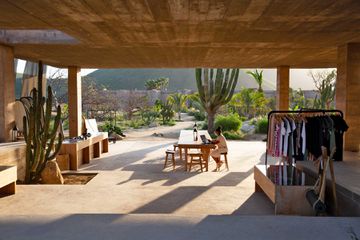