These Are the 10 Friendliest Cities Around the Globe, According to Booking.com Reviews

When it comes to traveling to a new destination, a little kindness can go a long way. Booking.com is putting that spirit at the forefront with yesterday's release of its Most Welcoming Cities on Earth for 2022 list. Chosen after analyzing 232 million of its verified reviews, the top 10 cities criss-cross the globe ranging from charming mountain towns to surprising island escapes.

Topping this year's list is the southern Italian city of Matera, one of the world's oldest continuously inhabited areas. A UNESCO World Heritage Site since 1993, it's known for its natural caves — many of which serve as accommodations like Sextantio Le Grotte Della Civita — in addition to its welcoming community.

Next up is the Slovenian city of Bled, a soothing sight for the eyes with its namesake lake and the Julian Alps in the background. But it's also a popular destination for active travelers, with water sports, biking, and hiking (especially along the trail to Bled Castle).

In third place is the Taiwanese city of Taitung. Located on the southeastern corner of the island nation, the temperate tropical climate is complemented by a delectable culinary scene, particularly at Taitung Night Market, as well as stunning views from Liyushan Park. The Little Mansion Homestay is a popular place to stay, with one recent guest saying that the "owner's attention to detail is out of this world."

A pair of European cities come up next: Greece's coastal city of Nafplio, an under-the-radar destination known for its candy-colored neoclassical villas and Palamidi Castle, followed by the central Spanish city of Toledo, with its standout architectural history, especially at Toledo Cathedral, decorated with tapestries showcasing the feast of Corpus Christi.

The 2022 Most Welcoming Cities on Earth is just one part of Booking.com's 10th annual Traveller Review Awards, an honor given out to 1,261,273 accommodations, car rental companies, and pre-booked taxi providers across 220 countries and territories. The Most Welcoming Cities were taken from the places that had the highest percentage of properties receiving the Traveller Review Awards, and the cities themselves each had at least 50 award recipients, though the company notes they "were curated slightly for geographic spread."

The award distribution also showed that travelers are still favoring apartment rentals over hotels, guest houses, and bed-and-breakfasts. Also, it showed that guests value staff friendliness, cleanliness, and location the most when looking for a place to stay.

"As the travel industry has remained vigilant and flexible in light of the continued uncertainty and travel restrictions we've seen over the course of the past year, the passion and dedication of our partners to create safe and welcoming travel experiences for everyone all over the world has continued to shine through," Booking.com SVP and chief marketing officer Arjan Dijk said in a statement sent to Travel + Leisure. "Looking towards the future with renewed optimism and hope, with these awards we recognize the incredible hospitality our partners deliver to travelers each and every day and thank them for their amazing devotion as we continue to rebuild together." 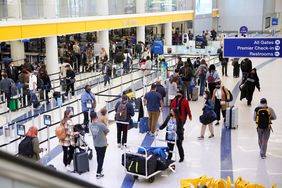 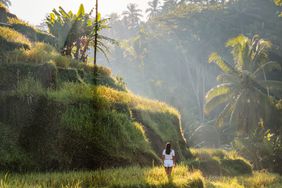