Here's why I took a babymoon without my partner — and you should, too.

Devorah Lev-Tov
Devorah Lev-Tov has been a travel, food, and drinks journalist for more than a decade, with bylines in publications like The New York Times, Vogue, and Bon Appétit, in addition to Travel + Leisure.
Travel + Leisure Editorial Guidelines
Fact checked by
Jillian Dara

I was warned the boat ride would be a bit rough because it was windy. Still, I was determined to make the trip. After all, how often does one have the opportunity to snorkel with sharks? And to share that experience with your unborn child?

I was in the Maldives, six months pregnant. Without my spouse. I had decided I needed some time alone, and it felt like this might be my last chance for a while. My husband and I already have one son, and the idea of raising and supporting two children was becoming a reality as we inched closer to my due date. It's not that I didn't want time alone with my husband — we had already been lucky enough to go on a babymoon as a couple. But something kept gnawing at me as I continued to feel pulled in multiple directions by multiple people every day.

A babymoon is often about spending time with your partner, enjoying and strengthening your relationship, and maybe even having a last bit of romance before your child enters the world. But what about making time and space for evolving and confronting our relationship with ourselves, our womanhood, and our motherhood before our lives are forever altered? Not to mention bonding with the being that's currently taking up a lot of space in our body.

With my first pregnancy, I had plenty of alone time before giving birth since there was no other child in the picture. But now, with my six-year-old a constant presence, it would take some serious effort to carve out some me time.

This got me thinking about the Maldives, a place that had always attracted me, yet was so far away — there was never a good time to make a trip that took nearly 24 hours. Yet it also felt like the Maldives had a countdown on its lifespan, as rising and warming waters in the Indian Ocean threatened many of its stunning atolls. It felt like now or never, as I couldn't imagine going on such a long journey with two small kids in tow.

With my incredible husband's blessing, I started making my solo babymoon a reality, booking three nights each at Naladhu, Private Island and Anantara Kihavah. Which is how I now found myself speeding along choppy waves, with Naladhu shrinking in the distance, trying not to throw up.

Snorkeling with sharks is one of those once-in-a-lifetime experiences one can do in the Maldives, and I couldn't turn it down. Plus, they were nurse sharks, which are almost entirely safe for humans to be around since they're not aggressive and have much smaller teeth than say, a great white. So as I threw up over the side of the boat, I reminded myself that this feeling was temporary.

And as soon as I got into the water with Naladhu's marine biologist, Emilia Fulgido, and saw a gigantic shark glide by me, my nausea, and yes, even my fear, melted away. These sleek and graceful creatures were part of an entirely different world down below, one that us humans barely understood. I patted my belly (wishing it was transparent at this moment) and whispered, "I wish you could see this, baby. But we both know you will have gone through an amazing experience before you were even born. And I promise it will be the first of many. And I wish for you to understand and love the vastness of this planet, and always take care of it and enjoy it without damaging it."

I got seasick on the way back to Naladhu, but I didn't care.

Waiting for me upon my return was my stunning private villa — one of just 20 on the small island, all of which were recently renovated after a several-month closure. Each spacious indoor/outdoor villa now boasts modern and airy décor, with private pools overlooking the turquoise waters and a bathroom so large I could've spent my entire vacation there and been happy. There was a freestanding deep soaking tub facing the pool, a shower and steam room, a second outdoor shower shaded by tropical foliage, and a chaise lounger right in the middle that didn't even get in the way.

I read. I swam. I got lost in thought gazing at the water. I ate tropical fruits brought by my Kuwaanu (Naladhu's version of a butler), including plenty of deep purple mangosteen, after I mentioned in passing that they were my favorite. Once, I went to the spa for a deeply satisfying prenatal massage and another time for a nutrition and lifestyle consult that's part of the resort's wellness program. I got to talk about myself and how I was feeling for an hour. That in itself was worth the trip. Who wants to listen to me discuss my stress levels, gut health, pregnancy aches and pains, and concern about raising children? No one. No one, that is, except for Kelly Manning, who took it all and created a health plan for me to help finish my pregnancy smoothly and keep me balanced after giving birth.

There's only one restaurant on Naladhu, but you can get anything you can dream up, thanks to their menu-free dining concept. This means guests can order whatever they want, whenever they want, which can come in handy for jet-lagged customers craving a hamburger at 6 a.m. Maldivian time and for pregnant women hankering for pasta in cream sauce with broccoli, spicy Thai green curry, coconut ice cream, and fluffy scrambled eggs with truffles. I drooled jealously as the woman next to me ordered sushi at 9 a.m.

After three blissful nights, I was ready for a little more action, so I hopped on a seaplane to Anantara Kihavah in Baa Atoll. There, the stunning and immaculately preserved house reef awaited, along with six restaurants, a gorgeous orchid garden, the largest night-sky observatory in the Indian Ocean, and classic overwater bungalows that define many stays in the Maldives.

At Kihavah, there's no need for a boat ride to snorkel because the reef that surrounds the island is teeming with colorful sea life (although no nurse sharks) that can be seen by wading into the water directly with a snorkel, or at the beautifully intimate underwater restaurant, Sea.

But of course, you can take a boat ride, jet ski, parasail, or partake in many other water sports. I couldn't resist another excursion to snorkel with manta rays. This time, thankfully, the waters were calm, and I was able to share another incredible moment with my baby, who couldn't see a thing but kicked and punched my insides in excitement.

On my last night, I climbed up to Kihavah's Sky observatory to get a glimpse of the endless night sky that I never get to see in light-polluted New York City. The moon was full, so I couldn't pinpoint as many stars as I'd hoped. But resident astronomer Ali Shameem, who grew up on an island without electricity and spent his time mapping the constellations, took me into the observatory and helped me see Jupiter, Saturn, and the bumpy surface of the moon through the massive telescope. Touching my womb, I had never felt so tiny and alone — and I mean that in the best way possible. 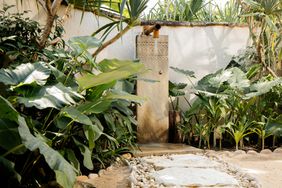 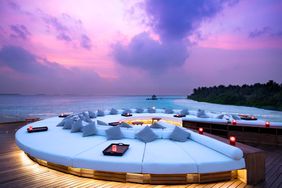 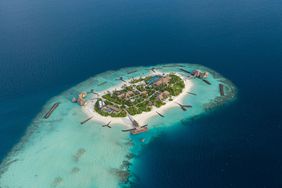 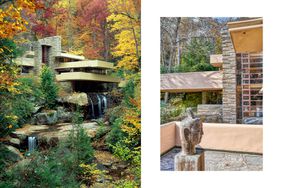 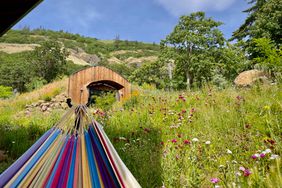 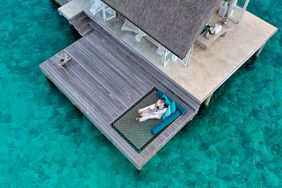