The Best Things to Do in San Diego, From the Beach to the Barrio

Known for nearly perfect year-round weather, San Diego’s climate of warm, dry summers, mild winters, and minimal rainfall is just one reason for its popularity as a tourist destination. Visitors usually head for its beaches, lively downtown neighborhoods, world-famous Zoo, SeaWorld, Balboa Park, and outdoor activities. At the same time, restaurants, museums, theaters, and shops vie for attention and attract guests to come in and see what they have to offer. Near the border with Mexico, San Diego’s history is intertwined with its southern neighbor, and art, food, and entertainment demonstrate the richness of the cultural exchange. There’s fun and nightlife in the vibrant downtown Gaslamp Quarter and excellent dining in nearby Little Italy. Hotels, motels, and a range of lodging promise comfortable places to call home while visiting San Diego, and public transportation is convenient. With so many things to do, San Diego has something to keep everyone happy from sunrise to sunset and beyond. We’ve gathered a few ideas to help visitors make plans or add to their San Diego itinerary.

Go back in time to an old-style beachside amusement park with rides, arcades, and views of the Pacific. The Giant Dipper Roller Coaster was originally built in 1925, and its restoration in the early 1990s included all new tracks, thousands of board feet of lumber, and two new trains with modern restraint systems. It retains the vintage look of its original era of wooden roller coasters.

While you’re at the Mission Beach amusement park, stop for a snack or play a game at the arcade. If the Giant Dipper gets you in the mood for more thrill rides, there’s always the Beach Blaster or Tilt-a-Whirl to keep you going.

From April through October, the summer concert series at this popular outdoor venue features genres ranging from rock, blues, and jazz to comedy, with legends such as Aretha Franklin, Ringo Starr, and Stevie Wonder having performed there. The Shelter Island resort-style property offers guest rooms and suites set in lush tropical landscaping, outdoor pool, games, and waterfront views from Humphreys Restaurant.

Visit Humphreys Backstage Live for a cocktail and a flatbread, lobster roll, or other specialty while you listen to live music in intimate surroundings.

Conveniently located in downtown San Diego, this magnificent baseball park is home to the Padres, and it’s also a venue for concerts, soccer, and special events. A delightful place to watch baseball, the park also provides views of the city and delicious foods including grilled fish tacos, BBQ, burgers, pizza, and of course, hot dogs and ice cream.

Even if you can’t make it to Petco Park for a game, you can visit for a behind-the-scenes tour, sit in the dugout, and see the pressbox, Visitors’ Clubhouse, and more.

Take a Ride on the Mission Bay Bike Path

Nearly 12 miles of flat, scenic, paved paths wind around Mission Bay just waiting for you to cruise along. You’ll ride through public parks, wildlife reserves, and pass by SeaWorld and Belmont Park, all the while enjoying the sea breeze and views. Stop for a rest and fresh seafood at Sportsmen’s Seafood on Quivira Way, or if you’re feeling energetic, ride a few more miles around Fiesta Island.

If you didn’t bring your own wheels, bike rentals are available along Mission Boulevard.

Stroll Among the Largest Collection of Chicano Murals in the World

San Diego’s Barrio Logan began with paintings of enormous murals on the pillars beneath the Coronado Bridge in the area now called Chicano Park. Today the historic neighborhood is home to artists, designers, galleries, and a growing display of public art. Authentic Mexican food is another good reason to visit Barrio Logan. Homemade tortillas, spicy tacos, and refreshing paletas (ice pops) and agua frescas or a local beer from Border X Brewery make a perfect meal.

Experienced yoga practitioners will be inspired to try something different in San Diego, and newbies will be attracted by the novelty of stretching outdoors with a view of the blue sea. There’s yoga on the beach, on paddleboards, in grassy parks, or at sunset. Reserve a spot in a paddleboard yoga class with Wellness Lounge of Mission Bay or try yoga on the beach in La Jolla with Beach Sunset Yoga Hawaii. Look into a sunset yoga session with Pacific Beach’s Bird Rock Yoga in Palisades Park. Or check with your hotel for outdoor fitness classes that may appeal to you.

Watch a Movie on the Roof of a Hotel

Grab a deck chair or loveseat for two, a cozy blanket, a pillow, your wireless headphones, and maybe a cocktail and a few snacks. It’s time for a film atop the Manchester Grand Hyatt with the Rooftop Cinema Club. Arrive early to take in the skyline views, sunset, and twinkling city lights while you sip a cocktail, beer, or wine.

Of course, there’s candy and popcorn, so munch to your heart’s content. Popcorn refills are free and headphones block the sounds of crunching corn and rustling wrappers.

When you tell your friends you swam with sharks in San Diego, you might forget to mention that they were harmless Leopard sharks, named for their yellow and black markings. The creatures, from four to five feet long, arrive in early June and peak in numbers during August and September when they seek the abundant food in the warm, shallow water of La Jolla Shores.

The best way to see the sharks is with a snorkel and swim fins, and the best spot is from the Marine Room Restaurant beach. Just float on the surface, and the gentle creatures will swim by if they’re not disturbed.

See Some Wildlife in San Diego

We don’t mean the Gaslamp Quarter, even though it’s a great place for fun and lively nightlife. The San Diego Zoo is one of the world’s best, and even if you’ve been there before, it’s time to go back for a special experience like the Early Morning Photo Expedition, Animals in Action, or Sunrise Surprise Stroll before the zoo opens for the day. SeaWorld’s dolphins, orcas, Beluga whales, otters, turtles, penguins, fish, and other sea creatures entertain, educate, and make us appreciate their beauty and value their presence.

You’re never too young or too old to enjoy watching the animals of land, sea, and air in beautifully designed habitats or to learn something new about them.

Get Onto the Water with a Cruise

In a city bordered by the ocean and home to a huge bay, a cruise is a natural way to see the sights from another perspective. With so many to choose from, you’ll find a cruise that’s just your speed. How about one of the replica ships maintained by the Maritime Museum of San Diego? Swift Boat PCF-816 recognizes San Diego’s military history with a cruise to two Naval bases. Or cruise on the San Salvador, a replica of Juan Rodriguez Cabrillo’s 16th century galleon.

Whether you want a sailboat, speedboat, dinner cruise, whale watching trip, or sunset harbor cruise, don’t miss a chance to see San Diego from the sea. 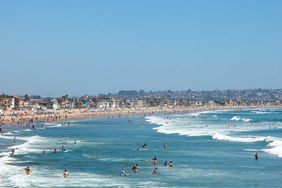 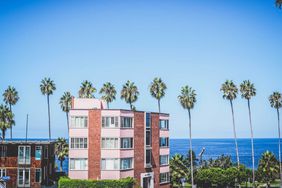 How to Spend the Perfect Three-day Weekend in San Diego 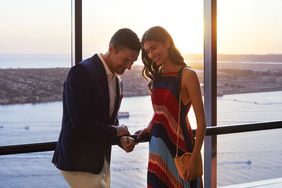 The Most Romantic Restaurants, Seaside Strolls, and Sunset Spots in San Diego 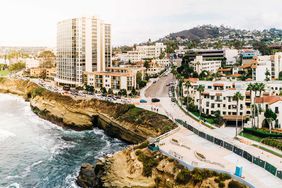