“Ignorant anti-Asian, racist comments won’t stop me from traveling again, but I will prioritize safety with an added layer of precaution before going anywhere, something I always considered before, but not to this extent.”

Editor's Note: May Is Asian American and Pacific Islander Heritage Month. In light of recent events involving acts of hate and violence against the AAPI community within the U.S. and abroad, Canada-based writer and philanthropist Anna Kim, founder of My Travelanthropy, shared the following essay with Travel + Leisure.

According to Stop AAPI Hate, there were 3,795 reported incidents of anti-Asian hate between March 2020 and February 2021 in the United States, highlighting just how severe the increase in Asian hate crimes has become. And it's not just isolated to the U.S., as the Daily Hive Vancouver reported, "Over 1,100 anti-Asian attacks in Canada have been reported one year into the COVID-19 pandemic, with 10% of incidents involving being spat or coughed on."

The death of six Asian women at multiple massage parlors in Atlanta, Georgia this past March marked the pinnacle of one of the most devastating anti-Asian crimes. Almost every woman of Asian descent I know, whether they were traveling abroad or simply walking down the street, has received comments of unwanted eroticized and sexualized shouts.

Degrading racist catcalls are often fueled by stereotypes in media depicting Asian women as exotic, hypersexualized, submissive, and voiceless individuals. Comments like, "Ni hao ma, I love Chinese women" (assuming all Asians are Chinese and look the same) or "go back to your country," are just scratching the surface. The most common ones I hear when I travel and tell people I am Canadian are, "No, where are you REALLY from?" or "Wow, your English is really good. You have no accent."

As the spike of anti-Asian crimes were rising at an unimaginable speed, I could not help but think that once it is safe to fully travel again, as a Korean-Canadian woman, would I experience the same type of violence in this magnitude?

I have always loved traveling. The innate freedom to see the world from my own perspective is something that always brings me absolute joy and feeds my soul. I love meeting new people from diverse backgrounds, building new friendships from all over the world, experiencing different cultures, and learning new ways to live.

Travel is something I grew up with as part of my childhood living in Seoul, South Korea. Both of my parents worked for airlines, so I was exposed to different cultures, languages, stories about how people lived on the other side of the world, and the idea that there was something bigger out there for me to discover. I remember my father coming home from work with souvenirs in hand he brought for our family from different places he visited, like Saudi Arabia or Germany. He would teach me "hello" and "goodbye" in every language he was fortunate to encounter and, in fact, he was the first person to give me a camera.

When we immigrated to Canada when I was five, I was exposed to the realities of being a foreigner in a new country. My parents taught me to anticipate roadblocks, racism, and that I would need to work twice as hard to be treated equally for opportunities — that I would have to really fight for a "seat at the table." I remember growing up in a predominantly white neighborhood when we first arrived in Canada. There, I was bullied in school. Some of the worst racism came from a form of non-verbal cues: the stares, the whispers, body language, the brushing off my opinions and concerns as if I was invisible. They all meant the same thing: you don't matter, and you don't belong.

This never stopped me from doing well in school, playing sports, and making the track team at school. It wasn't until I grew older that I became appreciative of how my parents raised me; Being exposed to the possibilities of the world at such a young age shaped me into who I am today and inspired what I do for a living. It gave me a global perspective and the vision to create a life for myself without any limitations. Most importantly, it taught me resilience. My parents taught me never to be a victim and that challenges will always be a part of life — that I can achieve whatever I want in this life.

Most people assume that Asians don't experience racial attacks because, within the Asian culture itself, we are conditioned not to speak out. But it's so crucial for all Asians, not only travelers, to speak about their experiences and share stories, which is why I am writing this, in hopes to encourage one more person to feel less alone and empowered to use their voice.

Travel is about celebrating diversity, culture, and understanding people — not judging, criticizing, or blaming. When I can travel again, I will do so, but this time on a continued mission to educate, spread awareness, and promote Asian voices. I refuse to let fear minimize me. My parents didn't raise me to shrink myself and become small for others. In fact, I have a renewed sense of purpose to show up bigger, bolder, and more intentional when I step out into the world. 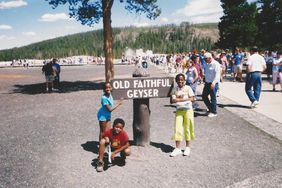 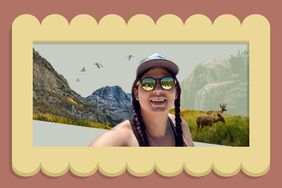 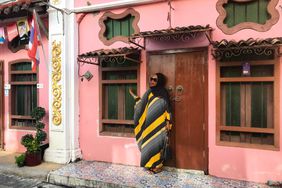 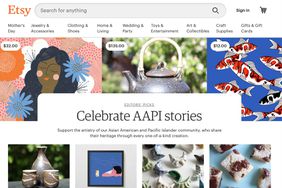