Outside Bodrum, Turkey, a hesitant cyclist leaves his comfort zone and discovers ancient temples, unparalleled hospitality, and — with the help of his companions — a newfound sense of self-reliance.

The first thing you need to know is that I'm not a cyclist. My occasional rides are by bike share, a short two- mile trip to the office or maybe to a restaurant near my home. I don't wear spandex, least of all out in public. Yet there I was, wiping the sweat from my face while standing on top of a Byzantine aqueduct not far from Bodrum, Turkey, with nine people I'd met only a few days before. Ahead of us was the steep hill that we'd have to conquer before reaching a lookout in the village of Alatepe, from where the Aegean would unfurl like a vast azure carpet.

We were loving it — not least because our small band was one of the first groups to make this particular trip. We'd come to Turkey with the luxury bike-tour operator DuVine, which has been around since 1996 but only recently launched this itinerary. The plan was to cover lots of ground by bike during our seven-night visit but return every evening to the same gulet, or wooden Turkish yacht, fitted with creature comforts like hot showers and Wi-Fi.

Each day, we'd set out for three to five hours of riding, making stops for snacks like gözeleme, flatbread stuffed with spinach or cheese. One afternoon, we had lunch at a seaside restaurant serving marinated shrimp, charred octopus, and koruk, a seagrass unique to this corner of Turkey. Another day, we visited the home of a Kurdish filmmaker named Sava Baykal and his wife, Gamze, who'd left behind their harried city lives in Ankara for the quiet village of Yaziköy, where they now raise chickens and were happy to share a pile of lentil köfte, pan-fried lamb, and stuffed grape leaves.

Around mid-afternoon, we'd plunge into the Mediterranean before climbing aboard our six-cabin vessel. Salty air tousling our hair, we'd sail onward through the waters surrounding the Datça Peninsula, including the Gulf of Gökova, a narrow, yacht-dotted bay that stretches about 60 miles along the southwestern corner of Turkey. Wherever the captain happened to drop anchor, we'd tuck in to dinners of local staples like smoky eggplant and grilled fish. Most nights, I swam under the stars, marveling at how the same water that had felt so cool during the day could feel like a warm bath at night.

The pre-trip fears I'd had about being a sometime cyclist joining a bunch of experts proved to be unwarranted. I was solidly in the middle of the pack in terms of endurance. (For those who wanted an extra boost, e-bikes were available, which one Kiwi was happy to take advantage of to speed past her husband.) But, from the start, it was a judgment-free zone, where a fast camaraderie motivated all of us to pedal harder than we ever had.

Before we rode a single mile, we'd spent our first night anchored a few hundred feet off Marmaris, a popular resort town where neon greens and reds from nightclubs mix with the pale orange glow of streetlights along the crescent-shaped waterfront. Early the next morning, the cove resonated with more tranquil sound — an imam's call to prayer. The rising sun changed the distant mountain silhouettes into muscular bluffs and sculpted hills.

After the ship's steward took us to shore in a motorboat, we biked up and down the green slopes of the peninsula, where candy-colored beehives were scattered under a canopy of pine trees. A few miles later, we stopped at a roadside teahouse outside the village of Bayir, where the owner, Süleyman, was all smiles. Under the gorgeous late-morning sun, he brought out glass teacups, filled them with his strong Turkish brew, and offered us a warm "hogeldiniz," or welcome. Our guide, Aydin Aygün, translated as we learned how Süleyman harvests and sells wild bay leaves on the hills we'd just cycled through.

The day culminated with a grueling half-mile climb at a 9 percent incline. After we took what seemed like the very last turn, I was dismayed to see another road sign, warning that the next stretch would be just as steep. A van, as always, trailed behind, ready to scoop up anyone who wanted to throw in the towel. There was no shame in it; several of the group opted for the air-conditioned comfort of the Mercedes-Benz. But my pride — or maybe my curiosity — kept me pushing until the hairpin path crested the ridge, yielding to a descent more thrilling than any roller coaster I've taken.

As we glided into the port of Bozburun, a laid- back hamlet with a whitewashed mosque by the sea, I experienced a sense of achievement I rarely feel when traveling. The rich scoop of pistachio goat-milk ice cream from a neighborhood parlor felt well earned. And when I peeled off my biking gear to jump into the sea, the water was more refreshing than I could have imagined.

Our most beautiful ride also happened to be the toughest, a 32-mile round-trip out of the town of Akyaka involving a 3,145-foot elevation gain. The road traced seaside cliffs, which were lined with gnarled pines stretching out over the alluring water.

Though we'd hop in the same saddles every morning, the scenery was ever-changing. One day, we stopped at the ruins of Knidos, once a wealthy trading post. The fourth-century B.C. sculptor Praxiteles put the city on the map in antiquity — and changed the course of Western art — with a nude sculpture of Aphrodite that he carved for Knidos. The work is now lost, yet art historians say its vivacious realism — and the revolutionary fact that it depicted a nude female form — lives on in other Greek, Roman, and even Renaissance masterpieces.

On the last day, we ventured away from the coast, passing through villages with evocative names: Yeilova (Green Plain), Elmali (Apple Grower), and Portakallik (Place of Oranges).

On a quiet road used mostly by donkeys and tractors, we came across two goatherds who were delighted to see a group of foreign cyclists. From a burlap sack, they produced a sweet melon they had just plucked and insisted that we take it: impractical to carry on a bike, yes, but impossible to refuse.

Group trips depart on September 19 and October 10, 2020; from $6,595 for this Marmaris- to-Bodrum itinerary. DuVine can also arrange a private sail. To get there, fly in to Dalaman Airport; flights home depart from Milas–Bodrum Airport.

A version of this story first appeared in the May 2020 issue of Travel + Leisure under the headline Personal Best. DuVine provided support for the reporting of this story. 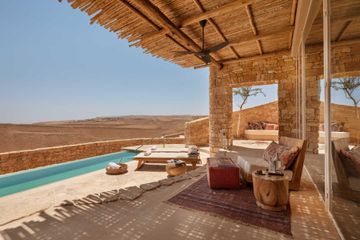 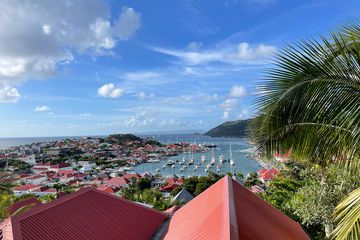