Why Alaska is the Perfect Summer Vacation Spot (Video)

Some might say there’s no better time than summer to escape the concrete jungle. And there may be no better place for a summer escape than Alaska, especially if you’re adventurous enough to venture inland.

From mid-May through mid-September the days in Alaska are long, the temperatures are pleasant, and summer festival season is in full swing. Jackets give way to short-sleeved tops and businesses that closed their doors for the winter come roaring back to life.

The Alaskan interior is as far away from the hustle and bustle of city life as one can get without leaving the U.S. It’s a place where cellular service is limited, small planes are plentiful, and the pressures of unanswered calls and emails fade away.

“Endless sun, usually great summer weather and access to mountains and rivers via bush plane make Alaska the best summer destination I can think of,” said Joe Irby, a Wyoming native who spends at least a couple of weeks each summer working at the Tordrillo Mountain Lodge on Judd Lake.

The summer months bring over 19 hours of daylight to Anchorage. Head to Fairbanks and that stretches to 22 hours. And while the sun may be out, the oppressive heat and humidity that you find in states like Florida, Arizona, Louisiana, Texas, and even New York City, is rare.

“Even if you do experience [higher] temperatures while visiting Alaska, I imagine it is more pleasant among the wide open natural spaces than it is standing on a subway platform in New York City,” said Rebecca Stropoli, a Brooklyn-based writer and editor who visited Alaska in 2018.

Stropoli prefers cool temperatures and opts to spend her summers in places like Alaska, Scandinavia, Vancouver, and the Andean highlands in Ecuador. “Getting out of New York in the summertime has been an aim of mine ever since I quit my corporate job to go freelance,” she said.

Daytime temperatures in Alaska tend to hover between 60 and 80 degrees during the summer, though evening temperatures can dip into the 40s and 50s. July and August can be especially rainy.

Alaska is a place where travel itineraries are dictated by nature, not by a list of attractions that must be checked off. Fishing, hiking, biking, boating, and glacier peeping top itineraries while umbrella dotted beaches, towering cathedrals, and bustling city squares are nowhere to be found.

At Judd Lake, 60 miles east of Anchorage, there isn’t much beyond a few homes and the Tordrillo Mountain Lodge. This part of the Alaskan interior is a secluded summer paradise that’s miles from roads and businesses. Helicopters fly visitors to fishing, hiking, and biking spots and the Tordrillo Mountain Lodge’s chefs keep guests fed by planning ahead and using ingredients flown in by plane or helicopter.

To spur summer tourism, the lodge recently opened a 1,200 via ferrata (or climbing route) atop the soaring Triumvirate Glacier in the Alaska Range. The climbing route is constructed with a network of iron rungs that hikers clip themselves onto while wearing safety harnesses, a tactic that makes what would otherwise be a near-impossible climb accessible to novice hikers.

For travelers who don’t want to venture quite so far off the beaten path, the Alaska Railroad and the Alaska Highway provide additional ways to experience the state’s vast, undeveloped interior.

The Alaska Railroad offers a number of summer travel packages, many of which include glacier cruises, wildlife safaris, and Denali excursions. The railroad also services Fairbanks, which hosts a summer arts festival and the World Eskimo-Indian Olympics, a four-day event aimed at showcasing and preserving the cultural practices and survival skills needed to manage life in circumpolar areas of the world.

Travelers who’d rather drive, can visit Denali National Park and Preserve. The park is a few hours from Anchorage and has only one road, a 92-mile stretch that’s open to visitors from mid-May to mid-September. The park is home to North America’s highest peak, Denali, which has an elevation of more than 20,000 feet. The six-million-acre park is larger than the state of New Hampshire and about 16 percent of it is covered in glaciers.

With its long days, cool temperatures, and numerous activities, Alaska provides travelers with the kind of summer you really can’t experience anywhere else. 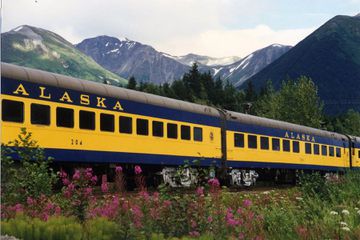 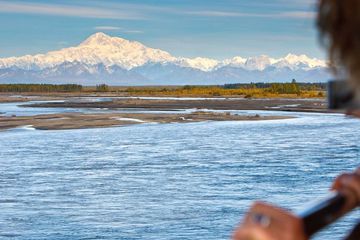 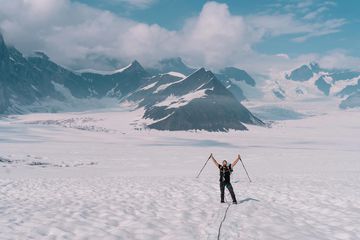 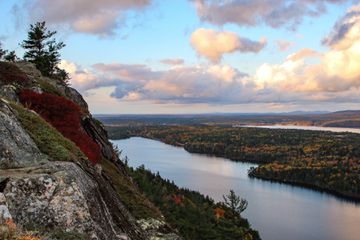