Know your perilous partial from your totally safe totality to avoid making this eclipse a sight for sore eyes.

It's a huge glowing sphere of plasma in the sky that's far too bright to look at, but half a billion people are expected to stare at the sun on Monday, August 21, 2017. Why? For the solar eclipse, of course, which will send a shadow of the moon across the entire U.S. and beyond.

Those standing within a narrow path of totality –– which stretches from Oregon to South Carolina –– will see the sun completely blocked by the moon for a few precious minutes.

Totality, when an ice-white halo around the moon called the solar corona appears, is perfectly safe to look at with the naked eye –– that's what's so magic about a total solar eclipse. However, for the 45 minutes both before and after those moments, everyone within the path of totality will need to use solar eclipse glasses to see a waxing, then waning partial eclipse.

How to Tell If Your Eclipse Glasses Are Safe

Why you need solar eclipse glasses

For anyone not standing within the path of totality, the entire event must be viewed through solar eclipse glasses. Only part of the sun will be blocked by the moon, and even 1 percent of the sun's light can damage your retinas –– permanently. You won't even feel it happen because your retinas have no nerve sensors. And forget cameras and binoculars for the partial eclipse phase. They could set your eyes on fire.

You should never look directly at the sun, which is why eclipse glasses filter out 100 percent of harmful ultra-violet, infrared, and intense visible light. And don't use regular sunglasses, smoked glass, exposed film, or old solar eclipse glasses with even tiny scratches or holes. Here's more advice from the American Astronomical Society and NASA.

Where to get solar eclipse glasses

How to wear solar eclipse glasses

Although it's tempting to wear them like sunglasses, they're actually made of rather flimsy cardboard, and can easily fall off. So it's wise to hold them against your temples on each side when wearing them; this is especially good advice to give kids. And it's fine to plan to share them –– it's not like everyone in your group is going to want to permanently study the partial eclipse for 90 minutes without a break. A quick glance every now and then is fine as you build up to totality.

When not to wear solar eclipse glasses

However, it is really important for anyone standing within the path of totality – and only those people – to remove solar eclipse glasses during one brief period that only they will experience: totality. Not doing so would mean missing perhaps the most spectacular sight that nature can offer (yes, eclipse people do go on and on about totality, but it is indescribably cool).

Eclipse Day Timeline: Exactly What Will Happen on August 21

So how will you know when it's safe to look at the sun and moon? “It is safe to look during the two minutes of totality, and it will be unmistakable when those two minutes have arrived because the sky will suddenly turn very dark,” says Michael Zeiler at GreatAmericanEclipse.com. “If you're watching with eclipse glasses you will see the crescent of the Sun very rapidly shrink and break up into a series of what are called Baily's beads – and as they shrink to nothing people should take off their solar eclipse glasses and see totality with their naked eye. It will be the most amazing sight of their entire life.”

There will another, clue, too. “Totality is impossible to miss – the people around you will be cheering and gasping, and if you're in a group of people, there will be a cheer that rises, so you will know when the moment has arrived.”

As soon as the Sun begins to reappear, put your solar eclipse glasses back on to view the rest of the partial eclipse.

What to do if you're confused about solar eclipse glasses

If you are concerned about eye safety, but you don’t want to get it wrong and miss totality because you were being overly conservative, go to an organized eclipse-viewing event. “It’s one of the reasons we’re staging our event at a football stadium with a PA system that can be heard from a mile away,” says Kevin Schindler, historian at Lowell Observatory, which is holding the The Lowell Observatory Solar Eclipse Experience 2017 ($15) at Madras High School in Oregon.

“One of the great benefits of seeing the eclipse at an event like ours is that you’ll have a professional astronomer telling you when its safe to look and when it’s not,” he said. “But it’s also a really effective way to let people know what they’re seeing.”

There are dozens of such events around the U.S. on August 21. Here are five you can buy tickets for (but act quickly – many events are selling out fast):

The partial eclipse phase is dangerous to look at for everyone all over the U.S., and only the two-minute totality phase viewable only from within the path of totality is totally safe. So while you must wear solar eclipse glasses or the partial phases –– which is the entire event if you're viewing from outside the path of totality –– for totality itself you absolutely must take them off. Otherwise you’ll miss nature’s most stunning sight of all: the mesmerizing solar corona. 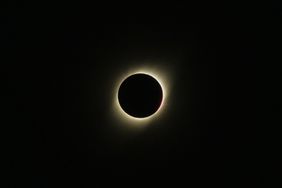 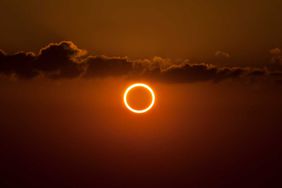 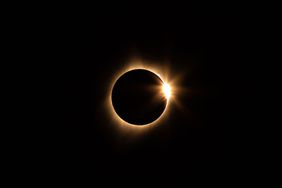 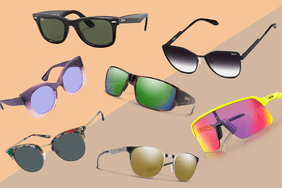