If you’ve never seen a supermoon as it rises above or sinks below the horizon, then 2020 is the year to change that. It's surely one of nature’s greatest sights, and to experience a supermoon all you have to do is look in the right direction at the right time on Monday, March 9. Here’s why, when, and where to watch the rise and fall of the ‘Super Worm Moon’.

A supermoon is when the full moon appears to be slightly larger than usual. That's because the moon’s orbit around the Earth is slightly elliptical so there’s a point in its orbit when it’s closer to Earth than usual. That point is called perigee, and when that coincides with a full moon, it’s called a supermoon. The Super Worm Moon will be 222,081 miles/357,404 km from Earth, about 7% closer than the average of 238,855 miles/384,400 km.

Why is it called the Super Worm Moon?

Many of the names North Americans — and, increasingly, the world — now give to any particular month’s full moon come from various Native American tribes, as well as the early colonial settlers. There were hundreds of different tribes, all possibly with different names for different month's full moons, but some seem to have stuck. March’s full moon falls around the spring equinox, so it's been named after the earthworms that can be seen at this time of year in parts of North America, though it's also been known as the Crow Moon or Sap Moon. The coming spring equinox occurs on March 20 in 2020, just 11 days after the Super Worm Moon.

The Super Worm Moon will appear at its fullest at 1:48 p.m. EDT on Monday, March 9. That’s daylight hours in North America. So for North Americans the best time to look at the moonrise in March will be as it rises above the eastern horizon that evening. From New York City that will occur at 7:01 p.m. EDT (sunset is at 6:56 p.m. EDT) while from Los Angeles it will happen at 7:12 p.m. PDT (sunset is at 6:56 p.m. PDT).

What is a supermoon season?

We’re currently entering a “supermoon” season of four supermoons in a row. A full Moon coinciding — or almost — with perigee is currently pretty common, so the Super Worm Moon is only the second of four supermoons in a row in 2020. Next comes the ‘Super Pink Moon’ on April 8 — technically the largest supermoon of 2020 because perigee and the moon’s full phase coincide almost precisely — which will be followed by the ‘Super Flower Moon’ on May 7, the final supermoon of 2020. 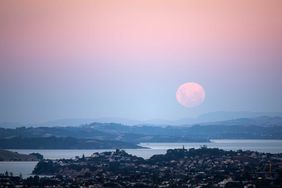 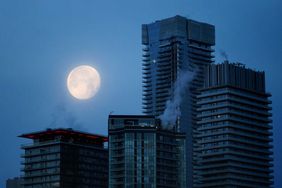 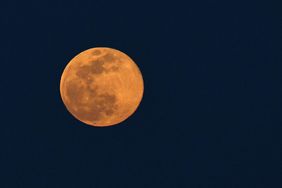