The Milky Way Galaxy — home to planet Earth — is on a collision course with another interstellar body, a spiral of stars known as the Large Magellanic Cloud (LMC). When the two finally meet it will not only create a massive black hole, but it may also fling our solar system thousands of lightyears away.

That might sound scary, but don’t worry too much, as this isn’t expected to happen for another few billion years.

In a new report published in Monthly Notices of the Royal Astronomical Society, researchers from Durham University theorize that our galaxy and its closest neighbor will run into one another in one billion to four billion years. While the event could potentially be harmful to humans who may still be on Earth, it will also put on a light show we 21st-century kids couldn’t even dream of.

“The discovery made me very excited!” the study’s lead author Marius Cautun, Ph.D., told Inverse. “Initially, both my collaborators and I were surprised and, because we didn’t expect it, a bit skeptical. This happens many times with new discoveries.”

So what exactly will go down in a few billion years? According to QZ.com, when the Milky Way absorbs the LMC, the black hole that sits in the center of our galaxy could inflate to about eight times its normal size. That will make it easy to ingest any stars or matter near it. That, QZ.com explained, may even turn the black hole into what is known as a quasar, which would make it one of the brightest objects in the entire universe.

As Carlos Frenk, the study’s co-author, wrote, it will be “a spectacular display of cosmic fireworks as the newly awakened supermassive black hole at the center of our galaxy reacts by emitting jets of extremely bright energetic radiation.”

Our solar system will likely be safe, but there’s still a chance we too will be ejected.

“The collision will not affect directly the Solar System, however, it will trigger a secondary chain of events that can pose a danger to life,” Cautun added. “Any such change is very dangerous for life, since even small variations in the distance between the Earth and the Sun can move our planet outside the Goldilocks zone and make it either too hot or too cold for life.”

Maybe Richard Branson and Elon Musk should team up to make interstellar travel happen sooner rather than later. You know, just to be safe. 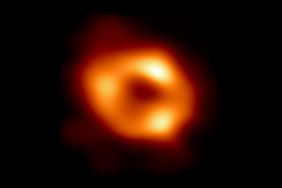 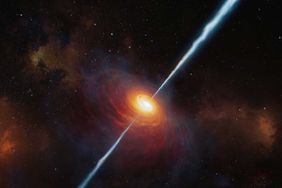 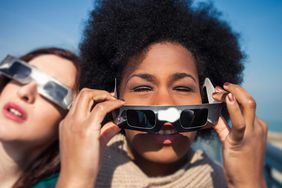 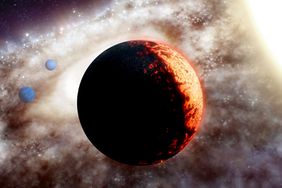