NASA released its highest-ever resolution image of Mars in March 2020. The panorama showed a landscape not unlike a desert canyon on Earth, but features like a three-mile-wide impact crater are reminders of how completely different the Red Planet is.

The 1.8-billion-pixel composite is actually more than 1,000 images stitched together. All were taken by the Curiosity rover between Nov. 24 and Dec. 1, 2019, using the telephoto lens on its Mast Camera (Mastcam), mounted to the rover at a height of 6.5 feet.

"While many on our team were at home enjoying turkey, Curiosity produced this feast for the eyes," said Ashwin Vasavada, Curiosity's project scientist at NASA's Jet Propulsion Laboratory, in a statement. "This is the first time during the mission we've dedicated our operations to a stereo 360-degree panorama."

The photograph showcases a clay-bearing region known as Glen Torridon, located at the base of Mars' Mount Sharp. Scientists believe that billions of years ago, this region was the site of lakes and streams.

In a second, smaller image, you can see Curiosity, the largest and most sophisticated rover ever sent to Mars, in great detail. The car-sized device's robotic "selfie arm" and deck are in clear view.

When Curiosity arrived on Mars in August 2012, its two-year mission was considered ambitious at the time. That mission was extended indefinitely just four months later. In the decade that it's been exploring Martian territory, Curiosity has discovered ancient evidence of sulfur, nitrogen, oxygen, phosphorus, and carbon, indicating that the planet could have once supported life. In 2013, it produced a 1.3-billion-pixel interactive panorama of a region called Rocknest.

As of 2022, the Curiosity rover was still exploring the area around Mount Sharp. NASA announced in April that its mission had been extended by another three years — so watch this space for more billion-pixel peeks at Mars.

For now, you can zoom in on the latest high-res panorama and explore the area of Glen Torridon yourself on NASA's Mars Exploration Program website. For updates on Curiosity's progress, follow the rover on Twitter at @MarsCuriosity. 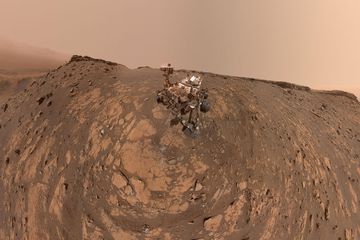 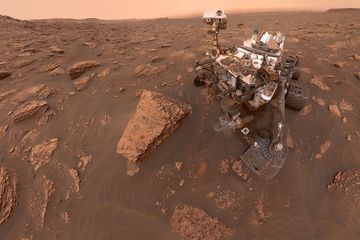 NASA Needs Your Help Navigating the Curiosity Rover on Mars 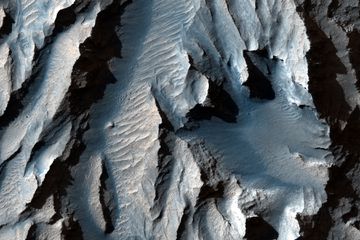 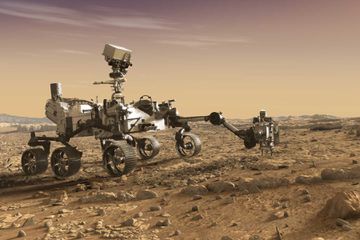 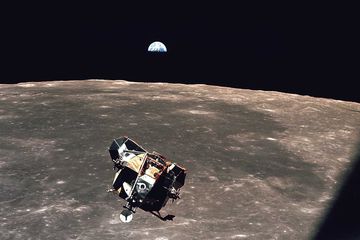