Here's how to see some shooting stars this weekend.

The Draconid meteor shower might not be the most reliable — it’s known to be a bit unpredictable in terms of how many shooting stars it’ll produce — but if there’s any chance of seeing a meteor, we are more than happy to take it. Other than being a bit mysterious, the Draconids have another claim to fame: While most meteor showers are best observed between midnight and dawn, the Draconids can be seen from the early evening through midnight. It’s an ideal opportunity for those of us who aren’t night owls.

What is the Draconid meteor shower?

Named after the constellation Draco the Dragon, which is the point in the sky from which the shooting stars originate, the Draconid meteor shower is a famously mercurial celestial event. The shooting stars originate from the comet 21P/Giacobini-Zinner, which passes by the Earth just shy of every seven years. While the shower is extremely quiet in some years, with just five to 10 meteors per hour, it’s been known to produce outbursts in others: in 2011, stargazers saw up to 600 meteors per hour.

The Best Binoculars for Stargazing

When is the Draconid meteor shower?

It’s a pretty short meteor shower. In 2020, the Draconids will occur from Oct. 6 through Oct. 10, with a peak on Oct. 7. But don’t worry about being post-peak: There was a 74% illuminated waning gibbous moon on the 7th, which would’ve polluted the skies with light and hurt your chances of seeing the shooting stars. The moon has been getting dimmer since then as it moves toward the last quarter phase (45% illumination), which it’ll reach on Oct. 10.

How can I see the Draconid meteor shower?

Get as far away as possible from light pollution, let your eyes adjust to the darkness for at least 20 minutes, and look up. While the Draconids originate from the constellation Draco the Dragon, they can be seen all across the sky, so you don’t need to look at any specific spot to catch a shooting star.

It’s actually happening right now! The Orionid meteor shower, one of the best of the year, is currently underway, but it won’t peak until Oct. 21. Here’s how to see the show. 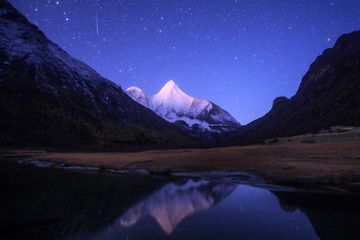 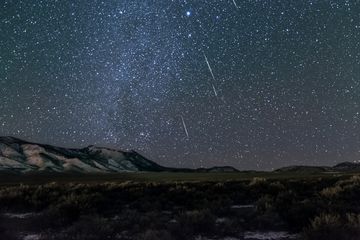 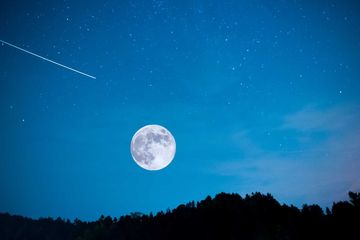 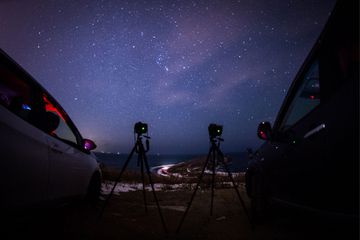