Starry nights on the Adriatic Sea — what could be better?

Thanks to bright streetlights and new development, dark, star-filled skies are becoming a rarity. But that's not the case on Hvar, one of Croatia's Dalmatian Islands. The town of Jelsa on the northern coast of Hvar was recently recognized by the International Dark-Sky Association (IDA) for its spectacular stargazing and dedication to protecting the night sky. It is the first community to be recognized by the IDA in both Croatia and Southern Europe.

The mayor of Jelsa, Nikša Peronja, stated in an IDA press release that, "we are dedicated to the preservation of our heritage, the natural, unpolluted, dark and starry sky on the territory of our municipality for future generations to come and for our guests."

In addition to being the home to out-of-this-world stargazing, Jelsa is a popular destination for travelers interested in climbing the island's tallest mountains (St. Nikola and Hum), swimming in crystal-clear bays off the Adriatic Sea, hiking through the area's dense pine forests, and visiting ancient historical sites.

"I'm very happy that Jelsa succeeded in getting the International Dark Sky Community designation and hope that this gets us a step further on the road of making Jelsa an astro-touristic destination and branding Jelsa as a dark sky friendly tourist destination," stated Marija Marjan, the director of the Jelsa Tourism Board.

To obtain the coveted IDA designation, which recognizes communities, parks, and protected areas that are dedicated to the preservation of dark skies, Jelsa replaced 82 percent of their unshielded public lighting with shielded lighting. The Croatian Astronomical Union organized telescope observations, astronomy lectures, and kids programming, and installed a permanent meteor observation point within the Global Meteor Network (which just so happened to lead to the discovery of a new meteor stream).

Thanks to the community of Jelsa, the island of Hvar, and the Croatian Astronomical Union, travelers and locals alike are treated to unadulterated starry night skies that will be protected for years to come. 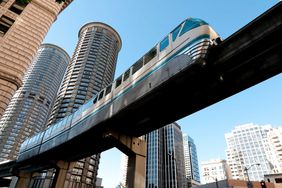 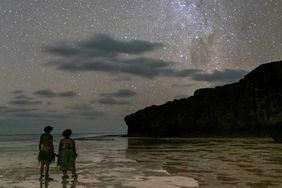 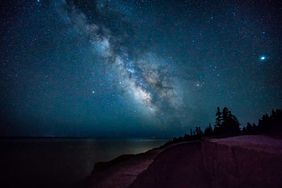