Sheltering in place can take a toll on one’s psyche. The cure? Getting out into the vast wilderness and soaking up some animal therapy — virtually, of course. Thankfully, a handful of safari outfitters are moving their operations online, so those of us at home can get a digital glimpse of the African bush. While some companies like Singita and andBeyond are producing their own videos, others are using Africam and Explore.org to bring the outdoors in. Here are several ways you can go on a safari without getting off your couch.

Singita has started taking people on live safari drives at least twice a day. Lions, rhino bulls, and baby elephants are just some of the animals resident photographer and safari guide Ross Cooper encounters on his drives through the Singita Sabi Sand concession in South Africa. Viewers can join in on the action at Singita's Instagram page.

Another high-end safari company gone virtual is andBeyond, which, via their Bringing Africa Home series, is offering a way to “taste, see, and hear” Africa from home. The content is regularly updated and takes viewers inside cooking sessions and other cultural activities, in addition to game drives.

Established in 1983 with the mission of helping to protect South Africa’s elephant population and safeguard their migration routes from South Africa to neighboring Mozambique, this Big Five game reserve has set up Africam and Explore.org webcams for viewers. Located in KwaZulu-Natal, the Tembe game reserve and its Elephant Lodge are owned and co-managed by the region’s native tribe. While this game reserve specializes in elephant protection and sightings, Tembe is also home to the Big Five, 340 avian species, and three key southern African ecosystems – savannas, sand forests, and swamps.

The wildlife cameras of Cat-Eye Game Lodge, Naledi Dam, Rosie’s Pan, and Olifants River are all situated near the Naledi Game Lodge, which lies within the Balule Game Reserve at Kruger National Park. Naledi is home to the Big Five and its location — where savannas, watering holes, and riverbeds intersect — makes animal sightings frequent.

Cat-Eye Game Lodge: This webcam is positioned at eye level with the leopards, giving viewers the best chance of glimpsing these elusive creatures in addition to the other Big Five animals.

Naledi Dam: This webcam is a bird-lover’s dream, positioned above a mud dam frequented by avian species such as giant kingfishers. Viewers may also spot other animal species in this habitat.

Olifants River: This series can be found on both Africam and Explore.org. The Olifants River is a tributary to the larger Limpopo River, where a diverse array of wildlife species may be seen.

Rosie’s Pan: This camera is located at a key watering hole that is replenished regularly through a borehole. A melting pot for wildlife, including the Big Five, birds, giraffes, warthogs and antelope, this watering hole offers prime sightings. Plus, this camera is entirely powered by solar energy, allowing it to continuously capture stunning footage in this isolated location.

Nkorho Bush Lodge, located in the Sabi Sands Game Reserve in South Africa, is unique as it borders Kruger National Park across a 31-mile stretch without any fencing. This maintains natural migration patterns and allows viewers to spot wildlife as they traverse the savanna between both parks. The Nkorho Bush Lodge camera operates using infrared technology at night, allowing for sightings of South Africa’s Big Five and other animals both by day and, for nocturnal species, after dark. (You can also view Nkorho on Africam.)

Kwa Maritane, which means “Place of Rock,” is uniquely located on the slopes of a two-billion-year-old volcano within Pilanesberg National Park in South Africa. This national park is positioned where two key habitats – the Kalahari Desert and what is known as the Lowveld (or low-elevation grasslands) – meet. This geography allows for sightings of the 7,000 animals that are known to inhabit this region, in addition to 360 different species of birds.

Tau Waterhole is a wildlife hot spot located within the Groot Marico region of South Africa’s Madikwe Game Reserve, the fifth-largest game reserve in the country. This oasis is home to the Nile crocodile, and is also frequented by elephants, zebras, and lions, among other species. When the park was first established in 1991, 10,000 animals were moved here from other national parks around the nation to promote conservation and protection efforts. Since this national park is located near the border with Botswana, it is home to a diverse range of key African biomes, including woodlands, grasslands, mountains, and rocky terrain.

Meanwhile, if you just want to see some elephants, head on over to Anantara’s livestream to catch the adorable animals bathing in the Mekong River near the Golden Triangle of Thailand, Laos, and Myanmar. To keep the cuteness going, discover even more elephant livestreams here. 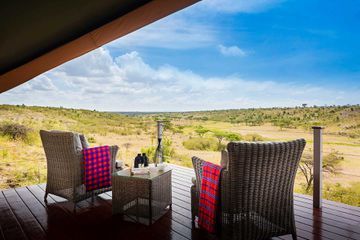 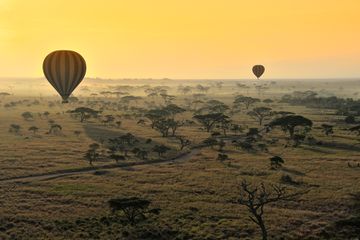 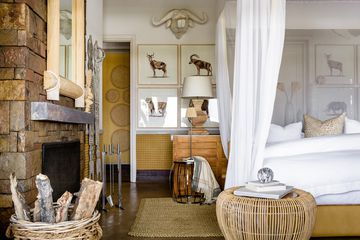