With spa stops and farm-to-table dining, this 155-mile loop in Iceland has it all.

At 9:30 p.m. on a chilly night in North Iceland, I found myself in my swimsuit, enveloped in a warm blanket of steam. I was sitting in a spa built over a fissure deep in the Earth's surface at the Myvatn Nature Baths. And even though I had just spent hours in the car, craning my neck to admire shaggy-maned horses and moon-like landscapes, every muscle in my body was completely relaxed. "Now, this is my kind of road trip," I thought to myself.

Iceland's newly launched Diamond Circle route just so happens to cut through a geologically active area — the Northern Volcanic Rift Zone — so nightly dips in hot springs come with the territory. When I learned that the 155-mile loop would also link together four spectacular stops, including one of Europe's most powerful waterfalls, the otherworldly mud pits of Lake Myvatn, hiking trails through the vast Asbyrgi Canyon, and the whale-watching capital of Husavik, I was intrigued. And after friends told me North Iceland was "much less touristy" than the south, I was sold. Who doesn't love getting a spectacular viewpoint (or a steam bath) to themselves?

After flying to Akureyri from Reykjavik, I set out along the Arctic Coast Way, a scenic drive that winds through glacial fjords before connecting to the Diamond Circle. You can also reach the route from the popular Ring Road tour (trust me, the detour is worth it). The highlights of the Diamond Circle have attracted nature lovers for years, but thanks to infrastructure updates in 2020 (including a newly paved road), it's now easier to access the route year-round — though a 4x4 vehicle is recommended between October and May. When driving counterclockwise, you can complete the entire Diamond Circle in a single day, but it's best to set aside at least two days to really enjoy it. After all, this is North Iceland — practically the birthplace of slow living.

One spot worth savoring is Lake Myvatn, where I experienced my first Icelandic steam bath. Here, volcanic eruptions have sculpted one of the largest lakes in Iceland, now framed by lava fields, steam vents, and scalable craters. By the time I checked into my room at the modern minimalist Hotel Laxa, the sun had already dipped below the horizon. But with the Myvatn area being a base for adventurers, the fun rolls well into the evening as hotel bars and geothermal pools fill up with travelers and the northern lights put on a show.

Before taking my own pre-bed dip, I headed to dinner at Vogafjos, a restaurant, farm, and resort rolled into one. Owned by the same family for 120 years, the property shines a spotlight on "geothermal gastronomy" and the culinary traditions of the north. Farm-to-table cuisine takes on a whole new meaning here, as the dining room features a glass window with a view of the property's beloved cows and sheep. For a taste of all the local delicacies, order the Vogafjos Special, which features homemade mozzarella, Icelandic smoked Arctic char, and Geysir bread, which comes with the novelty of being baked underground. Vogafjos is also working on opening a greenhouse concept restaurant, which will use geothermal energy to grow fruits and vegetables that don't typically thrive in Iceland, plus feature a verdant dine-in space.

And that's not the only innovative project emerging in the region. Design enthusiasts can now rent Studio Heima's Aska Cabin, a tiny home featuring charred-pine cladding made using the ancient Japanese method of shou sugi ban. Fittingly, the property sits on a secluded 300-year-old lava field, but is close to all the major sites, including the Myvatn Nature Baths, which will undergo a massive renovation led by Basalt Architects this year.

After a wonderful rye bread and steam-induced slumber, I woke up the next morning feeling refreshed and ready to explore the area. While your rental wheels can get you to most of Lake Myvatn's highlights, including the foothills of Namafjall, where you'll find the bubbling hot mud pits of Hverir, it's wise to hire a Super Jeep if you want to embark on an off-road adventure. With local operator Geo Travel, we torqued our way up a snow-covered volcanic crater to watch the sunrise cast a golden glow over the area's frozen peaks.

Enjoying breathtaking views without the crowds continued to be a theme for the rest of the trip — even at Godafoss, one of North Iceland's more frequented waterfalls. If you're looking for something a bit more off-the-beaten-path, Dettifoss on the eastern side of the Diamond Circle boasts the country's most powerful cascades. And about 21 miles north you'll find Asbyrgi Canyon, a mammoth, horseshoe-shaped ravine with a network of forest trails that are best enjoyed between May and October.

In typical Icelandic fashion, I was glad to have my bathing suit handy when I arrived in Husavik, my last stop on the route. This historic seaside town has a few claims to fame, including being Iceland's whale-watching capital. And while you're more likely to spot orcas and gray whales in the summer, an off-season visit means fewer crowds at GeoSea, an impressive spa perched on a cliff overlooking the Arctic Circle. Its pools boast a rare mixture of mineral-rich seawater and heat from the Earth's core, but it was the view that took my breath away. Gazing over the infinity-edge pool at Skjalfandi Bay and a series of snow-covered mountains, I marveled at the striking union of fire and ice. With both elements at play — and enough relaxation to qualify as a roving wellness retreat — North Iceland's Diamond Circle is a true gem. 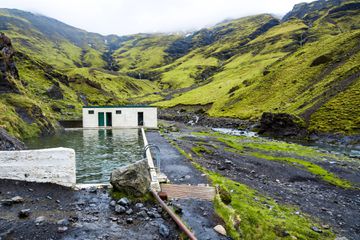 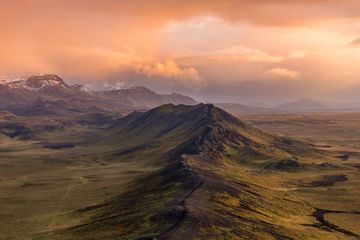 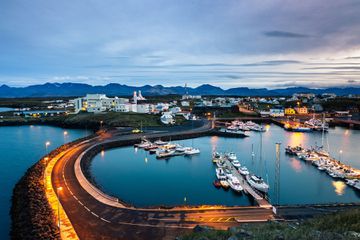 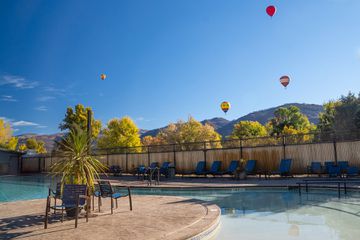 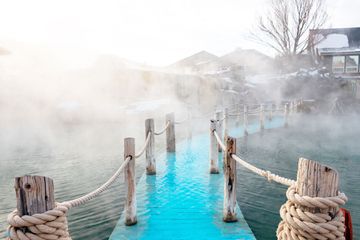 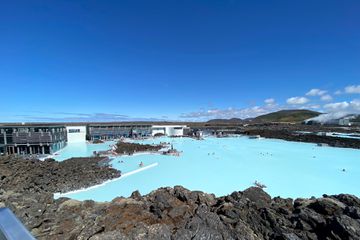