Looking for the perfect fall drive to see the best foliage? These road trips offer colorful foliage and incredible views.

This autumn, take advantage of cooler temperatures and beautiful foliage by planning a fall road trip through some of the country's most scenic regions.

In the Northeast, take in the colorful changing leaves among mountain landscapes, or head south to the Gulf Coast, where you'll find warm weather and ocean views. With these 14 routes through the most picturesque states around the country, you're bound to find a perfect autumn getaway.

From coast to coast, these fall road trips offer amazing views and unique things to do.

When you think of places to see fall foliage, New England destinations probably come to mind, but southern parts of the country have beautiful colors, too. A road trip through Georgia's Blue Ridge Mountains offers stunning foliage without the cold weather you'd find up north.

Start at The Russell Brasstown Scenic Byway in the northern part of the state, which takes you through the Blue Ridge Mountains along the Chattahoochee River. Stop in Helen, a mountain town modeled after a quaint Bavarian village, and at Brasstown Bald, the highest natural point in Georgia and the ultimate foliage viewing vantage point. Make a pit stop in Clayton, an old mountain town with antique shops, galleries, and restaurants. Take a hike in the nearby Chattahoochee-Oconee National Forest, or visit wineries and vineyards in Georgia Wine Country. Then, head east to the Tallulah Gorge State Park, where you can explore a 1,000-foot chasm carved over millions of years by the Tallulah River.

Take a drive through the country's smallest state, which is packed with fall activities without too much drive time between each. Start at the Rail Explorers excursion in Newport, where pedal-powered vehicles trace historic railroad tracks on 90-minute tours. Then head to Bristol to take in some historic mansions like Blithewold. Finally, make your way along Rhode Island's Brewery Trail, which includes 39 watering holes conveniently located off I-95 and State Highways 138 and 114. Don't miss Foolproof Brewing Company in Pawtucket.

Not far from the Big Apple, the Finger Lakes region is an oasis of fall foliage and quiet country scenery.

Start in New York City and head through Pennsylvania, stopping at Gouldsboro or Tobyhanna State Park along the way. Make a detour to visit Jim Thorpe, a borough in Pennsylvania that is called the "Switzerland of America" because of its mountain scenery and architecture. While in town, go on a hike in Lehigh Valley or visit the Lehigh Gorge Scenic Railway. Then head to the Finger Lakes, sampling some of the region's best wine along Cayuga Lake. Stay nearby at the historic Inns of Aurora, hike at Taughannock Falls State Park, and pop in to Ithaca for dinner or an afternoon at Ithaca Beer Co.

Take a trip along the historic Route 6 in northern Pennsylvania for views of foliage-trimmed forests, mountains, and other peaceful scenery.

Take a detour to visit the decades-old St. Marys institution Straub Brewery while you're in the area. You can also take a trip through the Elk Country Loop, a 76-mile route that crosses through the Pennsylvania Wilds and often past large elk herds. Finally, stop at the Worlds End State Park for camping, cabins, and hiking on the Loyalsock Trail for beautiful views of the changing leaves.

This winding road covers almost 470 miles to connect the Great Smoky Mountains National Park in North Carolina to the Shenandoah National Park in Virginia. While you drive, you'll pass split-rail fences, old farmsteads, mountain meadows, and scenic overlooks. Stop along the way at the numerous hiking trails in either national park, or visit a local farm to grab some autumnal produce.

Take your time exploring the roughly 100-mile loop through the northwest corner of Connecticut.

Pass through the Falls Village in Canaan, where the churches, streets, houses, and the railroad depot still look as they did in the 1800s. The Appalachian Trail runs right through town, so you can follow the white trail markers for a day hike. Pass through the West Cornwall Covered Bridge, which covers 242 feet of the Housatonic River, visit Lake Waramaug State Park for hiking and fall foliage, and then head to Litchfield to marvel at the gardens at White Flower Farm.

This "road trip" should start on foot in Boston: Walk the Freedom Trail, a 2.5-mile, red-lined route that leads you to 16 historically significant sites, then hop in the car and head west through Massachusetts' Berkshires, taking in plenty of fall colors along the way. Make a detour to Northampton or stop in the living museum that is Old Sturbridge Village. Eager for more history? Travel south through Connecticut, leaving New England as you cross through New York to Philadelphia, and visit the Museum of the American Revolution.

You might think a drive up the California coast is best done in the summer, but it's also beautiful, and still pretty warm, in the fall.

Start outside Los Angeles with an oceanside hike in Point Mugu State Park. Then hop in a convertible, preferably, and trace the coast on Highway 101 to Santa Barbara. Spend a night there and stroll down State Street, filled with shops and restaurants. Make a side trip to nearby Solvang, which is modeled after an old Danish town, with wineries and beautiful scenery outside. If you have the time, continue north for more ocean scenery.

Make your way through the rugged coast of Washington, including Olympic National Park, for beautiful views of mountains and lush forests.

Start in Seattle and loop around the Puget Sound, stopping for ferry boat detours to Vashon Island or Whidbey Island. On Vashon, you can walk the beaches or visit Point Robinson Lighthouse for a taste of Pacific Northwest island life. Stop to hike in Olympic National Park, and then carry on to historic Port Townsend, where you can wander among the old waterfront neighborhoods and Victorian houses.

Take in warmer temperatures than you'll get in New England while also avoiding the unbearable heat and humidity of Florida's summers on this fall drive.

Navigate Florida's Highway 30A, which runs along the Gulf of Mexico, and feel free to extend it further. Stop along the way in one of South Walton's 16 beach neighborhoods, where the sands are sugar-white thanks to their pure quartz crystal makeup. You can also check out coastal dune lakes that exist in only a handful of places in the world, including New Zealand, Madagascar, and Australia. For food, stop in Seaside, Florida, at Airstream Row, a street lined with aluminum trailers serving up tasty dishes.

The Oregon coast has stunning coastal scenery trimmed in foliage. Start in Astoria, then head south on the 101. Along the way, you can stop for hikes at Lewis And Clark National Historical Park or Ecola State Park. Stay in Cannon Beach to see Haystack Rock and wander among those large beach boulders so characteristic of the Pacific Northwest. Also, a stop at the Tillamook Creamery for sweet frozen treats is obligatory.

Skirt the U.S.'s northern edge by driving along the Great Lakes. Start at the southern edge of Lake Huron and watch the tall ship schooners, or shop in the downtown antiques market in Bay City. After that, head north along the lake, stopping to hike at Thunder Bay River State Forest. Stop in Mackinaw City and take the ferry to Mackinac Island, where you can bike or take a horse and buggy around the historic 3.8-square-mile island that is preserved as a National Historic Landmark.

Though the iconic and historic highway has been chopped up and partially abandoned since its glory days, Route 66 has been immortalized through pop culture — you've heard about it in songs and seen it in movies. Though only parts of it remain intact and drivable today, it's definitely worth exploring, even if you don't make it the whole way.

The best place to start a Route 66 adventure is perhaps at its eastern terminus, Chicago. Follow the turn-by-turn directions (since diversions have made the route not-so-straightforward) to trace history. Stop along the way for memorable sights, including the Polk-a-Dot Drive In in Braidwood, Illinois, the Oklahoma Route 66 Museum, the 80-foot Blue Whale of Catoosa, and Cadillac Ranch in Amarillo, Texas. Complete your journey out west, as far as the Santa Monica Pier.

Trace the Mississippi River by following the Great River Road, which runs 3,000 miles from Minnesota all the way down to Louisiana. Stop along the way to explore Saint Paul, Minnesota, Chicago, and Madison, Wisconsin, and consider detours to Nashville and Jackson, Mississippi. Highlights along the route include the Effigy Mounds National Monument in Iowa, the Gateway Arch in St. Louis, and the Poverty Point UNESCO World Heritage Site in Pioneer, Louisiana. There are also plenty of opportunities for hiking, especially at Mississippi Palisades State Park. 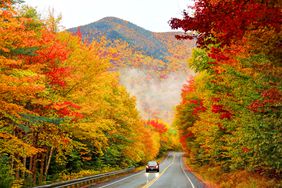 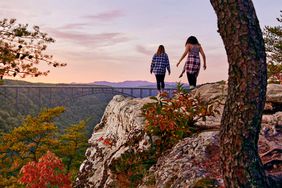 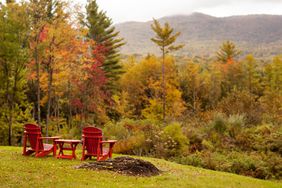