With the revival of a historic hotel in Nevada City, the former mining town kicks off the dust — and discovers some hidden gems.

The first time I saw Nevada City, California, I turned to my sister, Marina, and said, "I can't believe there's a place that still looks like this." I'd flown across the country to visit her in San Francisco, and she'd talked me into driving up into the foothills of the Sierra Nevada to explore the town she'd heard described as "a more chill Tahoe." The drive took 2½ hours but seemed to catapult us 160 years into the past. Nevada City was a postcard-ready former mining town complete with a rushing river — the Yuba, where, Marina said, people swim in summer — and Scotts Flat Lake, a placid spot that, on the day we visited, reflected the surrounding mountains in its mirror-like surface.

What really stunned me was Broad Street, the main drag. It looked like a film set for a western, dominated by two prime examples of the Mother Lode style of architecture: the 1865 Nevada Theatre (nevadatheatre.com) — one of the oldest in California, where Mark Twain once spoke — and the 1856 National Exchange Hotel (thenationalexchangehotel.com; doubles from $250), where Twain, and any other bigwigs who came to town, slept.

On our first visit, in January 2019, the hotel was under renovation. But despite there being fewer tourists in town, Broad Street was buzzing with locals, as well as second-home owners from the Bay Area; some still-very-much-alive hippies who seemed to have wandered up from San Francisco during the last century and never left; and the almost palpable ghosts of miners, gamblers, and ladies of the night who populated this place a century and a half ago.

I followed the National's progress on Instagram as layers of wallpaper and history came down. Last June, when it was finally up and running, Marina and I returned to discover that Nevada City isn't just a Gold Rush time capsule. It's a microcosm of American history: the good, the bad, and the funky.

After gold was discovered in Deer Creek in the summer of 1848, the quiet home of the Indigenous Nisenan people was inundated with miners. Just two years later, some 10,000 people lived in Nevada City (today the town has about 3,100). The miners' imprint is everywhere. At the Empire Mine State Historical Park, Marina and I toured the grounds of the mansion where the mine owner once lived, taking in the heritage roses and the reflecting pool. At Kitkitdizzi (kitkitdizzi.com), a boutique named for a native wildflower, we browsed vintage clothes, organic beauty products, and ornate tarot decks as an employee lifted a door in the floor to retrieve boxes from an underground tunnel once used to ferry gold to the bank without risking robbery. And at the Saturday Farmers Market (ncfarmersmarket.org), gluten-free doughnuts, wildflowers, and local honey were sold in front of discarded pieces of mine machinery that had been repurposed as sculptures.

A combination of factors brought about the mining industry's slow demise, among them the exploitation of the land, the plummeting price of gold, and the shutting down of the mines by the War Production Board after the U.S. entered World War II. By 1957, when David Osborn and Charles Woods moved to town, the grand Victorian homes were falling apart. To help save them, the visionary couple, who met while studying art history at UC Berkeley, kick-started the area's historic preservation movement. In 1972, they bought and restored an old ironworks that today houses the Miners Foundry Cultural Center.

In the late 1960s, "there was fallout from the Haight-Ashbury scene, and lots of artists and hippies started moving to town," Erin Lewis, an executive with the National, told us over coq au vin and cocktails at Lola, the hotel's California-French restaurant. "The musicians who came up here in the sixties created basement studios where their kids went on to make music of their own, and the town has stayed super-engaged in music."

Lewis, who moved here with her husband, a Nevada City native, 11 years ago, would see bands play at the old National, back when the bar was open but the third floor was condemned. "I would sit on the veranda to watch the sunset," she recalled. "I loved it so much I started a campaign called Save the National." Her wish came true when ACME Hospitality Group, which owns six restaurants in Santa Barbara, bought the property and offered her a job.

During the National's renovation, the Holbrooke Hotel (holbrooke.com; doubles from $137), five minutes down the freeway in Grass Valley, came up for sale, and ACME jumped on it. (Mark Twain slept there, too.) Purchasing both hotels was a no-brainer, explained Sherry Villanueva, ACME's CEO. "This area is the gateway to the Tahoe National Forest, near metropolitan areas like Sacramento and San Francisco, and perfectly positioned for hiking, biking, and exploring California history."

Villanueva has found the area's idiosyncratic present to be as vital as its storied past. Not only are both hotels reputedly haunted — "the ghosts were pure bonus," she told me — but, "Nevada City is said to be home to a karma-cleansing vortex, a place where energy comes from the earth. There's a strong spiritual community here."

It's true that, at this point in Nevada City's history, there are at least as many crystals as cowboy hats in the shop windows. That dichotomy is part of the appeal. Whether they had come for the scene or the scenery, everyone I spoke with described Nevada City as "magical."

I didn't buy one crystal. But when I thought of all I'd done over the course of a single day — coasting down natural waterslides in the Yuba River; talking religion with Anthony Jones, the National's hotel manager, who used to be a monk in Greece; watching an aerial burlesque show in a field outside Grass Valley — the idea that otherworldly energy emanates from the mines seemed entirely possible.

A version of this story first appeared in the May 2022 issue of Travel + Leisure under the headline After the Gold Rush. 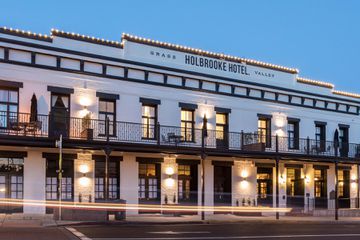 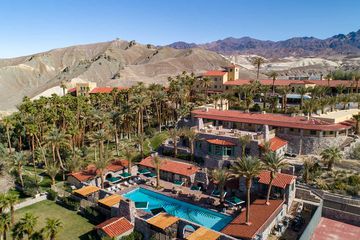 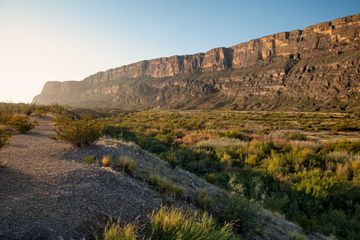 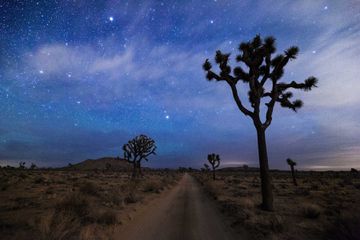