Visitors can now use the reopened section of the Old Seven Mile Bridge to walk, bike, roller blade, and more.

Henry Flagler's Florida Keys Overseas Railroad was a marvel in its day, a feat of engineering connecting mainland Florida to the country's southernmost point 90 miles away in Key West.

His project, which included a stretch now known as the Old Seven Mile Bridge, debuted in 1912 and was the main link to and between the Keys until 1982, when the new Seven Mile Bridge opened alongside his 70-year-old structure (which was converted to accommodate automobiles in 1938 after the railroad ceased operations in 1935).

Over the years, the 2.2-mile section of the retired Old Seven bridge, which stretches from Marathon to Pigeon Key, became a fishing pier and recreational zone beloved by locals and visitors alike. It was listed on the National Register of Historic Places. "It really is more of a linear park," Kelly McKinnon, executive director of the Pigeon Key Foundation, said in a release.

However, ensuring the structure's safety and longevity was essential, so in 2017, Old Seven closed to pedestrians to undergo $44 million worth of renovations. The project, part of a 30-year agreement between Monroe County, Marathon, and the Florida Department of Transportation, aimed to "fund restoration along with a maintenance program to ensure the landmark's preservation."

Construction wrapped ahead of schedule and FDOT officials held a ribbon-cutting this week on the side of the bridge that backs up to Marathon, the heart of the Middle Keys.

Now, this stretch of bridge, which runs parallel to the modern-day Seven Mile Bridge and the Florida Keys Overseas Highway (the one and only road connecting the Keys from top to bottom), has reopened. Pedestrians can once again walk, run, cycle, or rollerblade 65 feet above the sparkling blues of the Atlantic Ocean with no threat of cars.

Aside from being a popular place to get some fresh salt air, Old Seven is the gateway to Pigeon Key, a five-acre island that once housed the 400 workers who constructed Flagler's railroad. Located beneath the terminus of the pedestrian-accessible section of Old Seven, the historic island is now home to a railroad museum and original structures that date back to the early 1900s, when the bridge was being built. This little slice of frozen-in-time paradise is the perfect turnaround point for locals tackling their morning cardio with a view.

"I'm thrilled that our county and other entities made a concerted effort to restore a treasured landmark," said Richard Russell, board chair of the Florida Keys History and Discovery Foundation and the great-great grandson of Islamorada's original settlers. "There's a rich and diverse history associated with the Seven Mile Bridge and Pigeon Key. The Florida Keys History & Discovery Center proudly endorses and supports similar efforts to collect, preserve, and promote Keys history."

Though the restored bridge remains closed to vehicular traffic, a new 60-passenger tram connecting Marathon to Pigeon Key is coming this spring. Back on the mainland, end your day at Sunset Grille & Raw Bar for some of the best sunset views in the Keys, then check into Isla Bella Beach Resort for a tropical, luxe treat. 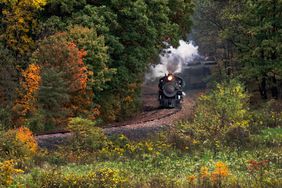 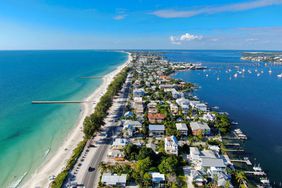 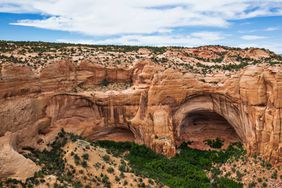 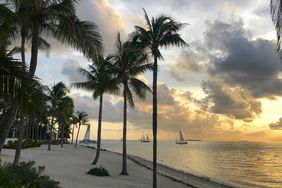