You might think that if you've seen one aurora, you've seen them all. But actually, researchers may have discovered a new kind of northern light.

According to Lonely Planet, space researchers worked with amateur photographers in Finland to capture and examine a new type of aurora borealis called "dunes." Auroras come in many different shapes and types, but this discovery revealed an aurora that didn't fit into existing categories.

The "dunes" resemble ocean waves and are typically colored with a beautiful green light that outlines their shape. According to the Independent, they are thought to be formed by particles from the sun, which combine with oxygen in our atmosphere –– resulting in the brilliant glow.

Minna Palmroth, a computational science physics professor at the University of Helsinki, was working on a book for aurora borealis enthusiasts when she noticed the unusual patterns from people's photos in a Facebook group, according to Lonely Planet. After her book, "Revontulibongarin opas," was published, space researchers and amateur scientists began to further study these unusual "dunes."

According to the Independent, a study published in the AGU Advances scientific journal shows that the dunes occur in an often-ignored part of Earth's mesosphere since it's fairly low for satellites to explore.

"Due to the difficulties in measuring the atmospheric phenomena occurring between 80 and 120 kilometers in altitude, we sometimes call this area 'the ignorosphere,'" astronomy enthusiast Matti Helin told the Independent.

These dunes often occur about 100 kilometers above the earth (about 62 miles) and are 45 kilometers (about 28 miles) across, the Independent reported. This area is just below the Kármán line, an altitude measurement (also around 62 miles) that designates where our atmosphere ends and space begins. According to Space.com, this measurement is hotly debated, since some researchers believe the line is actually at 50 miles altitude. 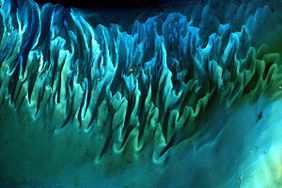 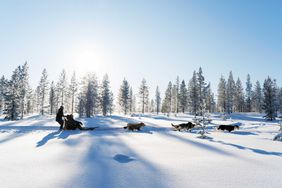