Go Off the Grid at This 'Quiet Zone' in the U.S. Where Wi-Fi and Cell Signal Are Banned

In this West Virginia destination, digital detox is a way of life.

Doomscrolling and social media may be addictive, but they’re no match for America’s 13,000-square-mile quiet zone, where unplugging is more than a nice idea — it’s a necessity.

The National Radio Quiet Zone (NRQZ), established in 1958, limits and — in some cases — bans cell service and Wi-Fi across the eastern half of West Virginia. This quiet stretch of the Allegheny Mountains, a blend of pine-dotted peaks towering above meandering rivers, is the perfect backdrop for an unplugged getaway. But that was hardly the Federal Communications Commission’s goal when creating it. The FCC established the NRQZ to protect the region’s groundbreaking Green Bank Observatory from radio-frequency interference. Here, in the small West Virginia town of Green Bank (with a population of roughly 150), eight mighty telescopes eavesdrop on space.

The observatory’s Robert C. Byrd Green Bank Telescope, the largest fully steerable radio telescope in the world, weighs nearly 17 million pounds and boasts a 330-foot diameter. It’s powerful enough to hear the slightest whispers of the cosmos, and pivotal in the search for life across the universe. That said, this colossal telescope is not immune to life on Earth. Electromagnetic interference from cell phones, Wi-Fi routers, and even microwaves can confuse telescope readings. That’s why Wi-Fi is strictly banned and cell signals are unavailable near the observatory, with regulations extending well across the NRQZ.

“Since we are concerned about frequencies emitted and the power level of the transmitters, the law requires that any fixed-base, licensed transmitter within the NRQZ coordinate their activity through us,” said Michael Holstine, business manager for Green Bank Observatory.

The strictest NRQZ regulations cover 20 miles in and around Green Bank, the observatory, and the affiliated Sugar Grove research center. Some locales beyond the 20-mile limit work diligently with the observatory to create proper infrastructure. In Marlinton, an NRQZ town 26 miles from Green Bank, cell service is available and meets anti-interference requirements.

But as cell carrier coverage maps show, the NRQZ’s service-abundant stretches are few and far between. One of the largest service-free stretches conveniently intersects with West Virginia’s most splendid outdoor retreat: the over 919,000-acre Monongahela National Forest, where dazzling digital detox opportunities await. 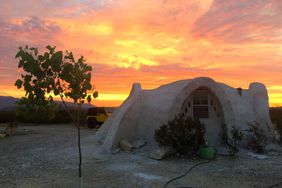 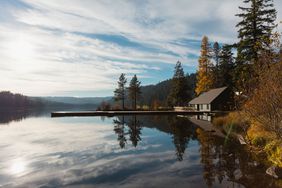 The Best Lakefront Escapes in the U.S. 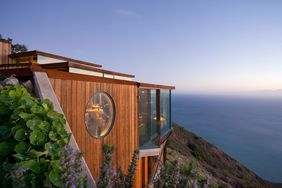 Incredible Romantic Getaways in Every State