"The best place to practice lifts is in the water."

More than 10 years after it dried up, a lake famous from its cameo in “Dirty Dancing” mysteriously refilled with water this summer.

Although the movie is set in the Catskills, it was filmed much further south, primarily at Mountain Lake Lodge in Southwest Virginia. And the famous scene where Baby (Jennifer Grey) practices a "lift" for her epic dance number with Johnny Castle (Patrick Swayze) in its waters, The New York Times confirmed.

For years, people came to visit the lake and pay homage to the film — and perhaps imagine themselves taking dance lessons in the gazebo — until all the water went missing.

But earlier this year, it started filling back up again. No one quite knows why.

"It's very exciting," General Manager Heidi Stone told CNN. "The guests get very excited because for so many years it's been dry and looked more like a meadow. It's the prettiest when it's filled with water."

And in a video posted by the hotel, Roanoke College professor Jon Cawley explained the self-cleaning system that makes the lake one of the most unique in the world.

"When the lake drains — when it actually empties out — it is cleaning itself by moving sediment that has accrued in the bottom of the lake down through that rather complex plumbing system to actually make the lake bigger, deeper, and to keep it clean," Cawley said.

But even if the lake mysteriously dries up again, there is plenty to do at the hotel. Stone explained to local news that the hotel is busier than ever and is actively hiring new employees to help out with the influx of visitors escaping to the countryside during COVID-19. 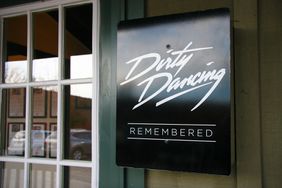