Looking for the perfect place to see the stars? Consider a trip to the tiny island nation of Niue.

According to CNN, Niue (pronounced nyoo-ay) is the world’s first country to receive Dark Sky status from the International Dark-Sky Association (IDA). This organization is a U.S.-based non-profit that is dedicated to ending light pollution. The organization celebrates Dark Sky week in late April.

There are lots of places around the world with Dark Sky status, such as the Grand Canyon in Arizona or the Mount John Observatory in New Zealand. But Niue is the first to have its entire country to be recognized by the IDA.

Niue is a small, democratic island 1,500 miles northeast of New Zealand, about halfway between Fiji and the Cook Islands, and is one of the least visited countries on earth, according to CNN. Although it is considered its own country, it has been represented by New Zealand when it comes to diplomacy around the world since 1974 and was recognized by the U.N. in 1994. All Niueans also have New Zealand citizenship, CNN reported.

To be designated a Dark Sky nation is a huge honor toward the culture of Niue. The small villages (just 14 in all) in Niue are equipped with energy-efficient streetlights to help minimize any light pollution, according to CNN.

“The stars and night sky have a huge significance to the Niuean way of life, from a cultural, environmental and health perspective,” Felicity Bollen, the CEO of Niue Tourism, said in a statement to CNN. “Being a dark sky nation will help protect Niue's night skies for future generations of Niueans and visitors to the country.”

If you are interested in seeing the magnificent, star-filled skies on Niue, most tourists get to the island nation via daily flights from Auckland, New Zealand, CNN reported. It’s a great destination for people who love the great outdoors both during the daytime and the night.

For more information about destinations recognized by the International Dark-Sky Association, visit the IDA website. 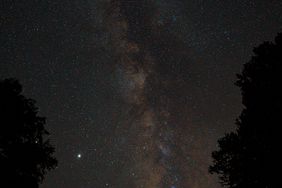 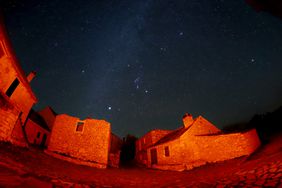 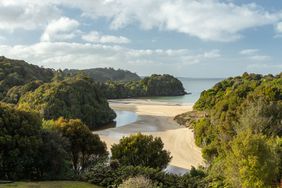 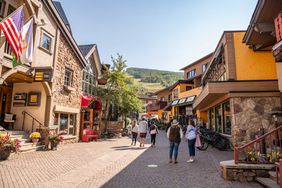