Outdoor enthusiasts can now explore a massive trail that spans a third of Chile and encompasses over a dozen national parks and millions of hectares of protected land to explore.

The Route of the Parks of Patagonia takes hikers on a 1,740-mile-long journey across 17 different national parks that stretch from Puerto Montt in Chile’s Lake District to Cape Horn, which is located in the Tierra del Fuego archipelago.

There are more than 60 communities that visitors can explore along the way, with the entire trail encompassing three different regions and a total of 11.5 million hectares of protected land.

The scenic route, which also integrates existing routes like the Carretera Austral, was created to both put Chile on the map as a country filled with natural attractions and to serve as an example of conservation, Carolina Morgado, executive director of Tompkins Conservation Chile said in a statement.

Take a look at the video below to get a taste of what the trail includes.

In 2017, Tompkins Conservation donated a vast amount of land to the Chilean government to spur the creation of five new national parks, leading the government to then reclassify 2.2 million hectares of reserves into national parks that now exist as part of the trail.

All together, the trail includes 24 different ecosystems where visitors can see 140 different bird species, many of which are endangered, alongside 46 different mammal species.

Those looking to explore the new trail will find detailed information on its website that includes what types of amenities exist in each park (from picnic areas and accommodations to bathrooms and restaurants) in addition to transportation advice and more than 50 GPS-mapped paths. 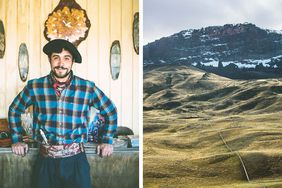 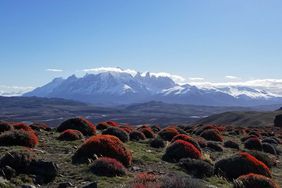 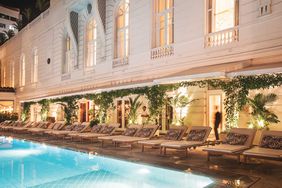