It's no wonder Yellowstone became the country's first national park in 1872 — the colorful hot springs and geysers are otherworldly, plus it's one of the few places where you'll find grizzly bears and wolves roaming alongside bison and moose. It's the sort of destination that doesn't just feel wild — it is wild. An active supervolcano sits beneath your feet, herds of bison stop traffic, and every so often, water shoots hundreds of feet into the sky.

But even though Yellowstone has been around for 150 years, it still has a few surprising facts — including just how hot and acidic the park's hot springs really are and what you might have seen at its historic "bear shows."

Here are 18 surprising facts about the wondrous Yellowstone National Park.

1. The park is so big that it sprawls into three U.S. states.

Encompassing a whopping 3,472 square miles, Yellowstone National Park spans three states — Wyoming, Idaho, and Montana — though it's mostly in the former. The park is also larger than Rhode Island and Delaware combined.

Yellowstone officially became a national park 18 years before Wyoming or Idaho — and 17 years before Montana — were granted statehood.

3. It got its name from Native Americans, who were referring to the yellow sandstone along the Yellowstone River.

People tend to assume that Yellowstone got its name from the vivid yellow colors seen in the Grand Canyon of the Yellowstone. As it turns out, however, the park's moniker stems from the sandstone along the Yellowstone River in eastern Montana (which is actually several hundred miles downstream and northeast of the park).

At Yellowstone's nightly "bear shows," which ran from about 1890 till World War II, visitors would come and watch black and grizzly bears eat the park's garbage. They even built bleachers for the event.

5. The park is home to the largest concentration of mammals in the lower 48 states.

It's estimated that 67 different mammals (in addition to 300 bird species and 16 types of fish) live in the park. That includes mammals like grizzly bears, bison, wolves, elk, and moose.

6. Yellowstone is the only place in the U.S. where bison have lived continuously since prehistoric times.

Bison are one of the park's biggest draws — especially when they congregate on the roads, causing "bison jams." The herds in Yellowstone are special, as they've lived in the park continuously since prehistoric times.

7. The park is situated over a supervolcano that is capable of a magnitude 8 eruption.

In fact, the supervolcano has had three massive eruptions — the first occurring some 2.1 million years ago. While the volcano remains active today, geologists are constantly monitoring it.

8. Magma is estimated to be a mere three miles below parts of the park.

Molten rock below the Earth's crust (known as magma) is estimated to be just three to eight miles beneath Sour Creek Dome and eight to 12 miles beneath Mallard Lake Dome.

9. Yellowstone is home to half of the world's hydrothermal features — from hot springs to geysers.

According to the U.S. Department of the Interior, the park is tasked with preserving more than 10,000 hydrothermal features, including hot springs, geysers, fumaroles, mudpots, and travertine terraces.

10. The vibrant colors you see in the park come from trillions of microorganisms called thermophiles.

These microorganisms, which love the heat and are impossible to see with the naked eye, come together to create vibrant mats of color that give thermal features like hot springs and geysers their bright look.

11. Yellowstone's hot springs are so hot and acidic that they can dissolve a human body in a single day.

In 2016, a visitor fell into a Yellowstone hot spring, and 24 hours later, his body dissolved.

12. The time between Old Faithful's eruptions has lengthened.

Old Faithful, the park's most famous geyser, got its name for the reliability and regularity of its eruptions. But over the last few decades, the time between eruptions has lengthened and become less predictable.

13. That said, it still erupts around 17 times a day, sometimes reaching a height of 184 feet.

Every time Old Faithful goes off, spectators can expect a show that lasts anywhere between 90 seconds and five minutes.

While Yellowstone is one of the most seismically active areas in the U.S., the quakes are so small that you likely won't feel them.

15. The park's temperature swings from below freezing to burning hot.

The weather in the park is dramatic, with record lows at -66 degrees Fahrenheit and record highs at 99 degrees.

16. Yellowstone is home to hundreds of waterfalls and at least 900 miles of hiking trails.

While Yellowstone contains at least 45 named waterfalls, there are estimated to be hundreds more. You can visit some of the park's well-known and lesser-known falls by hiking on the approximately 900 miles of trails.

There are an estimated 1,850 archeological sites in the park — some of which show that people began traveling through the area more than 11,000 years ago.

18. If you want, you can visit two national parks in one day — Grand Teton National Park is just 10 miles from Yellowstone.

Just keep in mind that while the two parks are just 10 miles apart, it takes just over an hour to make the drive. 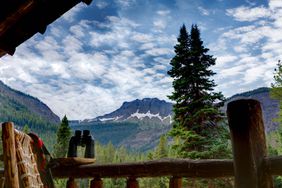 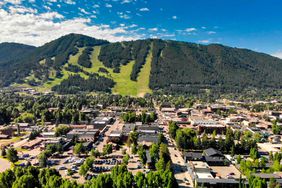 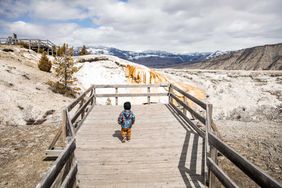 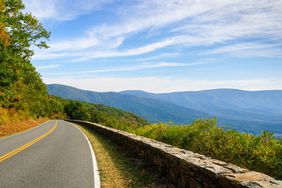 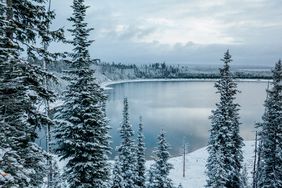