"It's the most nervous Secret Service has ever been because they could not see you for a good 15 seconds," Former White House Photographer Pete Souza said.

Former President Barack Obama revealed that his Secret Service team was never more scared than when he "vanished" for about 15 seconds during a visit to the Carlsbad Caverns.

In 2016, towards the end of his presidency, the Obama family visited the New Mexico National Park to celebrate the National Park Service centennial. In a recent video to promote his new Netflix documentary "Our Great National Parks," Obama sat down with Former White House photographer Pete Souza to spill some behind-the-scenes stories about that trip and several others during his presidency.

"I don't know if you remember, there came a point when they turned off all the lights," Obama recalled. "You couldn't see your hand in front of your face."

"It's the most nervous Secret Service has ever been because they could not see you for a good 15 seconds," Souza said. "You disappeared."

Souza said that the Secret Service was also nervous when Obama visited the Grand Canyon because he walked "right at the edge."

The duo also talked about their visits to Argentina, the Grand Canyon, and Yosemite (which Obama called "as breathtaking a landscape as I've ever seen"). But from all of their travels, Obama said that Alaska was "one of the best trips we ever took during my presidency." He appreciated the landscape's "sense of scale and majesty" but said that the most memorable moment was when a fisherwoman handed him a salmon that quickly spawned on his shoe.

Obama also spoke about the importance of conservation — and how traveling away from D.C. helped him reset.

"We were so confined in the White House," the former president said. "Every time we had one of these trips and you suddenly could see reminders of what this planet has to offer and emotions that were stirred during these trips, I would always come back feeling different in a way that no other experiences gave me."

"Our Great National Parks" is streaming now on Netflix with Obama as a host, narrator, and executive producer. 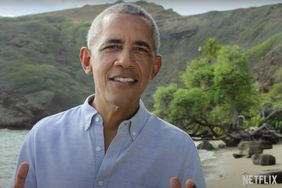 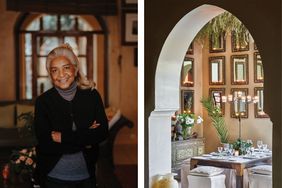