The National Parks That Saved Us

The U.S. is home to 63 national parks and 423 national park sites, and it took a global pandemic to make many of us realize just how lucky we are to have them. With flights grounded and borders closed, we were forced to find solace in our own surroundings, leading many of us to discover the healing power of nature for the very first time. As bucket-list trips across the world were canceled, Americans finally took the time to camp, hike, sightsee, and unwind in our own backyards — and in doing so we found that sometimes, the trip of a lifetime is just a drive away.

Jeff Jenkins is an award-winning content creator, travel journalist, consultant, and entrepreneur. Founder of Chubby Diaries and co-founder of Black Travel Alliance, Jeff was recently named one of Travel + Leisure's 50 Notable People in Travel and has been featured by Forbes, The New York Times, Washington Post, Travel Noire, Essence, and Lonely Planet. An experienced motivational speaker, Jeff is 100% authentic, transparent, and a ton of fun.

In 2020 the world shut down, but something inside us cracked open. For the first time in decades, the natural world took priority over superfluous distractions. There was a collective urgency to return to nature's elements: we deserted cosmopolitan metropolises, started growing our own vegetables and hiking. Park pilgrimages were rising at a faster rate than the banana bread ballooning in everyone's ovens.

Until lockdown, I had considered myself a seasoned international traveler but not a road tripper by any means. I'd seen the cloud forests of Costa Rica but had never wandered into the woods on my home turf. After my plans to go to Greece, Cuba, and Colombia came to a halt, I decided to take my own park pledge and explore some of the top national parks in America: Yellowstone, Grand Teton, Glacier, and Theodore Roosevelt.

Yellowstone was first on my list — and, it seems, everyone else's: After it reopened in May, 91% of its summer tourists drove more than 200 miles to visit. Yellowstone is not a secret by any means, and you spend a lot more time waiting to explore a trail than you actually do on it, so it lacked that man-lost-in-the-wild vibe. There were throngs of people everywhere, and we had to stay off-site at Madison Arm Resort campground and Marina. The park itself is big, satisfying, and about as all-American as a cheeseburger. The child in me was stoked to see the Old Faithful geyser in all its effervescent glory. Given that a showerhead in a cramped bathroom had been my only water source to that point, the Tower Fall waterfall blew my mind in terms of its monumental size and velocity.

I was impressed with Yellowstone's wildlife (I'm a city boy, so seeing elk and bison is a pretty big deal) until we took a spontaneous detour to Grand Tetons. I had missed the memo on that one when I was in planning mode. As a plus-size traveler, I usually organize every segment of my trip down to a T, so spontaneity wasn't my strong point when it came to itinerary planning. Still, seeing as 2020 had no time for any rule book, I decided to take a short detour and visit Grand Tetons, seeing as my closest friend had talked about it to no end. Boy, I'm glad I did, because it was my favorite park by a long shot.

So much of 2020 felt heavy, especially as a Black man in the states. Even a cheerful, chubby unicorn like myself felt jaded at times. One thing I learned at Grand Tetons was there was medicine in nature. Setting up camp under the trees and taking time away from doom-scrolling helped me put things in perspective. I could get out of my own head and allow myself just to be grateful to be a spectator to a bear cub sighting. There were pangs of national pride too. I thought about how fortunate I was to be born in the states, with such a vast and varied landscape at my fingertips. I had spent so long mindlessly watching life in 2-D on a screen that I forgot how great it was to connect with people (from a safe distance, of course). My wife and I had encounters with people from all over the country, and everyone was smiling, open, and grateful to have been released back into the wild.

After Grand Teton, we drove to the west entrance of Glacier National Park. In "normal times," thousands of tourists travel across tribal territory when they make their way to this legendary land. However, during the "new normal," the east entrance was sealed off to protect the vulnerable members of the Blackfeet Nation. As a travel advisor navigating the tough COVID market, I saw the all too familiar conundrum of "pandemic tourism," where small business owners were caught between supporting their livelihoods or saving lives. We cruised through the iconic Going-to-the-Sun Road and basked in the emerald mountains and crystalline lakes on view. I read last week that the Blackfeet Tribal Business Council voted to re-open access to the park. Now that I've scratched the surface, I'm looking forward to returning, exploring the other side of the park, and investing in the local independent businesses I couldn't support last time.

We rounded things off with a stop at Theodore Roosevelt National Park, whose title carried much more weight now that I had experienced the wonder of his conservation legacy. 2020 was a year of monumental loss on such a profound level. Still, a survivalist instinct kicked in, and I honestly believe the collective exodus to the wilderness was the only way we could feel a sense of connection to something other than fear. Roosevelt distilled the mood perfectly when he said we should "do what you want, with what you have, where you are." I think that was the mission of every one of the 237 million visitors who visited a park last year. At least that was the case for me. 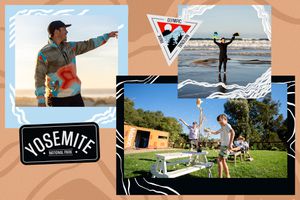 The Most Beautiful National Parks, According to an Award-winning Nature Photographer 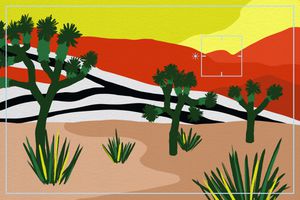 10 Mistakes to Avoid When Visiting a National Park 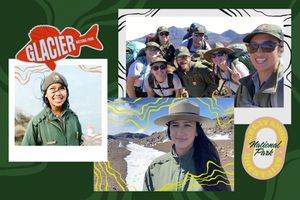 3 Female National Park Rangers on Their Career Paths and Love for the Great Outdoors
Was this page helpful?
Thanks for your feedback!
Tell us why!
Related Articles