Hiking in Italy is about to get even better.

Soon, avid hikers will be able to trek through all of Italy’s 25 national parks along one long trail.

According to Time Out, a new hiking trail that will connect all of Italy’s national parks, including those on the islands of Sardinia and Sicily, has been announced. The Sentiero dei Parchi, or Path of the Parks, is already a staggering 7,000 kilometers (about 4,350 miles) and is expected to grow as plans continue. The path will take hikers through the Dolomites in the northern part of the country, along the beautiful coastlines, and to famous stops like Cinque Terre, according to Time Out.

Italy’s environment minister, Sergio Costa, noted that the path will be based on the current CAI (Italian Alpine Club) Path, which “runs through 18 of the 25 national parks and has 85 stages, out of a total of about 400,” according to a statement from the CAI.

“National parks are a treasure trove of nature: we must guarantee their conservation, but also their usability,” said Costa in the statement. These massive trails are not entirely uncommon elsewhere in the world. For instance, the United States also has a long rail trail that will connect more than 125 existing trails between Washington, D.C., and Washington State.

General president of the Italian Alpine Club, Vincenzo Torti, added that the new trail will be “one more occasion to offer to those who want to experience nature in a guided way through the paths that the CAI describes and maintains, and consequently to promote our country even more.”

At the moment, the project has a budget of 35 million euros (about $39.5 million USD) and is projected to be constructed between this year and 2033. So if you’re planning on a trip to see Italy’s natural beauty, you still have plenty of time to map it out.

Costa said that hikers who take on the massive trail will also be rewarded for their efforts, according to Time Out. “For all travellers along the Path of the Parks we will also create a “passport,” a symbolic recognition for hikers who will cross the territory of each park and to reward those who have managed to complete it by stopping in all 25 national parks,’ he said.

Even though the trail completion is years away, a trip to Italy may not be out of the question in the near future. The country began slowly reopening to tourists in certain countries and allowing people to move freely within its regions after a months-long coronavirus lockdown. 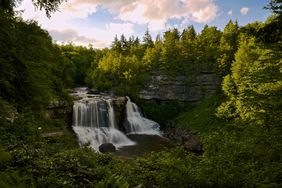 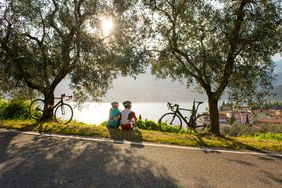 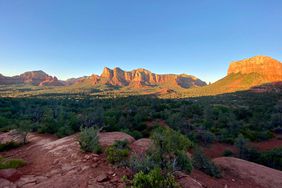