It's hard to top the beauty and magic of Yosemite National Park. Granite monoliths jut out of the ground, giant sequoia groves dot the landscape, and waterfalls topple off cliffs. It's the sort of place that could take a lifetime to explore; the park is 747,956 acres or 1,169 square miles of near-complete wilderness. This open, wild space is home to hundreds of black bears and more than 400 species of vertebrates, from fish and reptiles to birds and mammals.

And even though it's impossible to see and do it all over a weekend, or a week-long trip, Yosemite has the power to enchant even brief visitors. When you're sick of staring at your Half Dome screen saver or tuning in to Yosemite webcams, it may be time to start planning an in-person trip to this celebrated national park. At just over an hour north of Fresno and around three hours from both San Francisco and Sacramento, the park is surprisingly accessible. And since it's open year-round, it doesn't matter when you go — just that you go.

Below, we've compiled a guide to help you nail down the perfect timing for your first (or 25th) Yosemite National Park getaway.

The park is open year-round, but nearly 75% of visitors come from May to October, ensuring a wonderfully quiet and crowd-free park from November through April. But don't worry, all the splendor and beauty of Yosemite remains, even during the cooler months. You can head out on a truly serene winter hike or watch Yosemite Falls (which begins flowing after some rain or snow has fallen) make its impressive plunge.

Just keep in mind that while the Yosemite Valley and Wawona areas are accessible by car all year, Tioga Road and the road to Glacier Point are usually closed sometime in November, depending on the weather. In the winter months — typically mid-December through early April — the park starts plowing the Glacier Point/Badger Pass Road to the Badger Pass Ski Area.

For travelers truly looking for peace and quiet, January is historically the park's quietest month and there tends to be a surge of visitors over the holidays.

The Best Time to Visit Yosemite National Park for Camping

Camping in Yosemite is extremely popular, and believe it or not, you can camp year-round at the park. Typically, the Hodgdon Meadow, and Yosemite Valley's Upper Pines and Camp 4 campgrounds are open all year. But if you don't want to worry about finding winter camping gear or want to be able to camp deep in the park — at White Wolf, for example — you'll want to plan your trip during the summer season.

Yosemite's seasonal campgrounds typically open as early as late May and as late as August. Reservations are required and tend to fill up quickly for the period between April and September.

Tioga Road is the only road that traverses the entire park, making it perfect for travelers who want to see as much of Yosemite as possible in a short amount of time. The scenic drive begins at Crane Flat and ends at Tioga Pass 47 miles later. Along the way, you'll pass the stunning Tuolumne Meadows, the massive Lembert Dome, and the beautiful Siesta and Tenaya Lakes.

Due to snowfall, Tioga Road is closed during the winter months and typically reopens in late May or June before closing again in October or November.

Thanks to Yosemite National Park's varying elevation — from 2,000 feet in the west to 13,000 in the east — wildflowers can be spotted most of the year — you just have to know when and where to go.

In the spring, head to the hiking trails in the park's lower elevations — Cook's Meadow Loop in the Yosemite Valley, Wawona Meadow Loop in Wawona, and Wapama Falls in Hetch Hetchy — to see the first colorful signs of the spring season. Even at higher elevations, you might be able to spot bright patches of color peeking out of the snow. Along McGurk Meadow, Taft Point, and Sentinel Dome trails, which are all found along Glacier Point Road, the reddish-pink snow plant makes its bright entrance.

In the summer, Tuolumne Meadows is rich in wildflowers. You'll find pink shooting stars in the early months and columbine, fireweed, and dog violets in the late summer. In the middle of summer, the highest points of the park come alive with alpine laurel, yellow mountain monkeyflowers, and angelicas.

Because the park covers nearly 1,200 miles and has terrain as low as 2,000 feet and as high as 13,000 feet, the weather will vary based on where you plan to spend the day. That being said, Yosemite typically receives 95% of its total precipitation between October and May, and over 75% between November and March.

That means, if you want to try and avoid the rain (and snow) completely, plan your visit between June and September.

If crowds aren't your cup of tea, avoid visiting during July and August, when the number of visitors can be five or six times as many as in the quiet winter months (except for the holidays, when numbers spike). June and September are the next busiest months for the park.

If you don't want your Yosemite experience to be limited by road, trail, and campground closures, your best bet is to visit between June and September, when everything is typically open and accessible (and several degrees warmer). 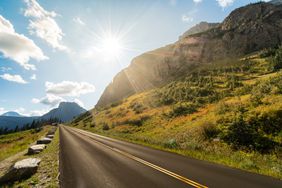 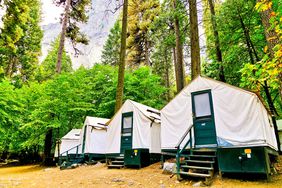 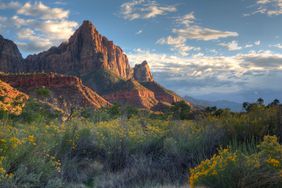