Celebrate Pride by taking a virtual tour of where it all started.

For this year’s Pride, take a tour of the place where it all began.

The NYC LGBT Historic Sites Project is celebrating the 50th anniversary of the first Pride march (which was in June 1970) by offering an online tour of the historic Greenwich Village in New York City. Besides being a historic neighborhood in general, with lots of fascinating details, Greenwich Village is also home to The Stonewall Inn, where the Stonewall Uprising took place in 1969.

“Dating from the 19th century, Greenwich Village was the epicenter of LGBT life well into the late 20th century. Learn about the LGBT presence in the Bohemian Village and virtually tour the sites connected to LGBT activists, artists, and businesses,” it says on the event’s website. “Hear about the places and people of the pre- and post-Stonewall LGBT civil rights movement and their lasting impact on American culture.”

The NYC LGBT Historic Sites Project is a cultural heritage initiative that works to document historic sites related to the LGBTQIA+ community. So far, the organization has documented over 265 sites in all five boroughs of New York City, some of which date all the way back to the 17th century. The project’s website includes an interactive map that points out all the historic sites and gives important details about each place.

And since NYC Pride will be online this year — including workshops, rallies, and other events — what better way to learn more about its history than with a virtual tour?

The tour itself is planned for June 23 between 2 p.m. and 3 p.m. Tour guides Jay Shockley and Ken Lustbader will host the online event.

Tickets are only $10. For more information, visit the tour’s event page on Eventbrite or check out the NYC LGBT Historic Sites Project website. 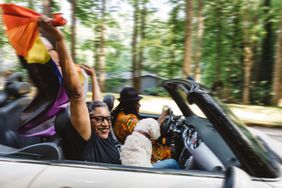 Discover Historical LGBTQ+ Landmarks Across the U.S. With This New Interactive Map 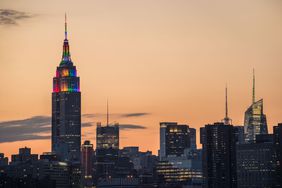