In addition to historic landmarks, artsy cities, and bucolic countryside, Italy is home to some seriously idyllic islands.

Whether close to shore or way, way out of sight from the mainland, the best Italian islands share a few common traits: endemic cultures and traditions, interesting ancient and historical attractions, and, of course, the stunning sea. Here are a few islands in the magnificent Mediterranean to consider for your next trip to Italy.

The biggest island in the Mediterranean offers atmosphere in droves, from its earthy, chaotic cities to its ruin-strewn countryside to dazzling seasides that, in the summer, hum with tourists from across Europe and farther afield. A tumultuous history has left the island with Greek, Arab-Norman, North African, Spanish, and French influences, and this mix shows itself in Sicily's food, architecture, language, and even people, many of whom are blue-eyed and blonde-haired (thank the Normans for that).

There's an anima (soul) to Sicily that you won't find on the mainland, and we'd recommend at least a week here to fully appreciate it. Start in a major city, like Palermo or Catania, make your way to the Greek ruins at Agrigento, Siracusa or Segesta, and then hit a beach at Cefalù, Taormina, or San Vito Lo Capo. And don't forget Mount Etna, Europe's largest active volcano, which regularly puts on a pyrotechnic show for visitors and residents alike.

Say the word Sardinia to an Italian and they're likely to gush about the beauty of Italy's second-largest island — whether they've been there or not. The spectacular coastal scenery of this rugged island has a nearly mythic status on the mainland, and it's well-deserved. Whether lapping soft, sandy beaches or crashing dramatically against cliff walls and rocky coves, the water here is simply stunning — clear, clean, and in a hundred different shades of bright blue. Mainlanders from across Europe hit up beach resorts on the Costa Smeralda (Emerald Coast), near Stintino, and around capital city Cagliari all summer long, but Sardinia is still a place where, even in peak season, English is not widely spoken — North Americans don't make up a large portion of visitors.

The largest island of the Tuscan Archipelago lacks the glamour of Sardinia's Emerald Coast or even that of the mainland's tonier beach resorts, and that's just why its devotees flock here. Low-key Elba trades hard on its Napoleonic history — the megalomaniacal leader was exiled here for 10 months — but it's the coastline that really draws the crowds. There are more than 80 "official" beaches ringing the island, plus countless hidden coves to explore by foot or boat. The snorkeling, kayaking, and swimming are all first-rate here. For those content with modest digs — most hotels here are three-star, and there are plenty of basic vacation rentals and campgrounds — Elba offers a relaxed and understated alternative to the often-hectic summer scene at Italy's bigger beach resorts.

Be sure to spend some time in the interior, where a network of hundreds of hiking and mountain biking trails traverse densely wooded, rugged terrain, passing by charming villages and the occasional mouflon — wild sheep that roam the island.

Elba's diminutive little sister to the south, Giglio is an away-from-it-all pick for those who really want to relax for a few days, or even a week. There are just three towns and a handful of beaches on the island, plus hiking paths that tread on ancient Roman roads, past terraced vineyards, and among herds of hardscrabble sheep and goats. Most travelers base themselves in either Giglio Porto or Campese, both right on the water, and pass their days with swimming, sunning, napping, and meals of fresh seafood at outdoor restaurants. An active day might involve taking off on a rental e-bike or hiring a skippered or self-piloted gommone (zodiac raft) to explore hidden coves and beaches reachable only by boat. If that sounds like your idea of fun, this is your Italian island. Giglio is about an hour from the mainland at Porto Santo Stefano, where several daily ferries haul passengers and goods to the island.

It takes some effort to get to Ponza: It's a roughly 90-minute ferry ride from a handful of mainland ports, and that distance has allowed the largest of the Pontine Islands to retain an air of exclusivity, even if it's been largely discovered by in-the-know Italians. Ponza is a hush-hush retreat for Italy's well-heeled crowd, who content themselves with casual vacation rentals instead of five-star resorts, alfresco dining on fried seafood instead of Michelin-starred creations, and beach bars rather than VIP clubs. For everyone else, it certainly makes for fun people-watching. The sea reigns supreme here, and a few relatively large (by Ponza standards) beaches become packed in July and August. If being elbow to elbow on the sand isn't your style, consider a shoulder season trip, when the daily routines of this otherwise quiet fishing island are easier to observe and appreciate.

If you want to escape the summer crowds of Capri, but are still aching for an island in the Bay of Naples, consider Ischia. Ancient Romans, who rarely passed up a good spa, were the first to use the volcanic island's unique geological gifts, key among them curative thermal water bubbling up across the land. These warm water attractions mean Ischia has a longer season than Capri and the nearby Amalfi Coast, and it's a delightful place to visit in the spring or fall. There are several spa facilities on the island offering thermal cures for everything from skin issues to rheumatism, but you can "take the waters" even if nothing ails you.

The draw of Procida, just a skip and a jump from Ischia, is what it lacks — dense crowds, except for July and August, at least. Visitors come here for a low-key holiday spent exploring cute, pastel-colored towns, historical sites, and small, dispersed beaches. There are no full-service resorts, and nightlife is of the evening-stroll-with-a-gelato variety. Unlike other Italy islands, Procida often leaves visitors feeling like they've stumbled upon a well-kept secret. Here's hoping it stays that way.

Closer to the coast of Tunisia than Sicily, the tiny southern island of Lampedusa isn't exactly off the radar. But it's out-of-the-way location — reachable via a short flight or fairly long ferry ride — has kept it from being overrun, even in the high season. The island is famous for Spiaggia dei Conigli (Rabbit Beach), a crescent-shaped stretch with clear water, but there are a handful of other beaches and coves worth exploring, too.

With its parched, rugged terrain and slightly foreboding coastline, Pantelleria isn't the Italian island for every taste. It's a study in contrasts — dark volcanic rock dotted with scrubby green vegetation and white-domed dammusi dwellings, all offset by a dizzyingly blue sea. Spend just a short time here and you can't be blamed for feeling like you've left Italy far behind. Many of those dammusi structures — a holdover from centuries of Arab rule — have been turned into luxury hotels and guesthouses, and there's an air of exclusivity here, at least in the high season, that belies an otherwise modest place. Getting to that splendid water takes some doing, too, as it usually involves scrambling down a rocky coastline to an equally rocky cove. Bring your snorkel and mask — the underwater scenery here is unmatched in Italy.

Where there's smoke, there's Stromboli. The northernmost of Sicily's Aeolian Islands is formed in a telltale cone shape, and its active volcano puffs smoke on a near-constant basis, making a seaborne approach — you can only arrive here via ferry or a pricey helicopter ride — especially thrilling. If you come for the black-sand beaches, bring some swim socks because that sand can get hot in the summertime. Other activities on this low-key outpost include exploring the small main village or taking a nighttime boat ride to see the glowing volcano. Several tour providers offer hikes up the side of the volcano, but it's best not to overestimate your fitness level and tolerance for heat and extreme elevation gain.

The largest of the Aeolian Islands, Lipari is also its most populated and makes an excellent base for exploring the surrounding archipelago. Lipari town is the biggest, but by no means the only one on the island, and its pretty centro and ample tourist services make it an easy choice for a stay of a couple of nights or more. There are good beaches and boating to be had and, for archaeology buffs, Lipari has a fascinating history and loads of ruins, including some dating back to the Bronze Age, when it was a stop on a Mediterranean-wide obsidian trade route. Days can be spent exploring, while evenings are best enjoyed at a restaurant close to the sea, where the seafood is as fresh as you'd expect on an island. Plus, the views are epic.

Just off the western coast of Sicily, the Egadi Islands beckon intrepid travelers to an atmosphere that feels almost otherworldly — like stepping into an environment that's distinct from the rest of Italy and even from that of nearby Sicily. Favignana is the largest of this group of small islands, and it strikes the right balance of tourist services and old-school charm. Even as summer visitors pedal, paddle, scooter, or walk around the mostly flat, butterfly-shaped island, Favignana goes about its business — which is first and foremost as a fishing village. There are a couple of sandy beaches here, but most are of the rocky variety, and the island is ringed by pretty inlets and coves, many reachable from the landside. Be sure to visit a former tufa quarry, with impressively huge caverns, some of which have been converted to subterranean hotels.

If you've never heard of the Tremiti Islands, you're excused. This tiny island group off the coast of Puglia gets overlooked in favor of Instagram-friendly Pugliese beaches and busy Adriatic resorts to the north. But if you know, you know. These islands are chock-full of natural beauty and a few interesting historical sites, and even at their most crowded are a relaxed alternative to Puglia's mainland beach destinations. San Domino is the largest of the five-island group, and offers just enough in the way of infrastructure to keep visitors fed, sheltered, and reasonably entertained. But in the Tremiti, you're here to spend time in the water. Divers go bonkers for the marine life and shipwrecks, and snorkelers have plenty to gawk at as well. Plan to join one of several daily organized boat tours of the islands, or rent your own gommone and motor around at your own pace. 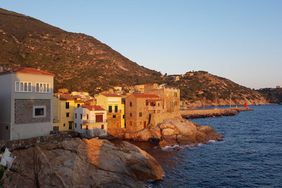 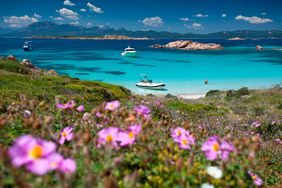 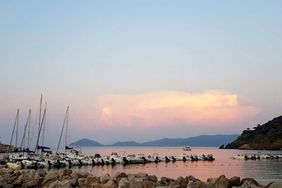 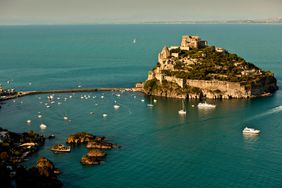 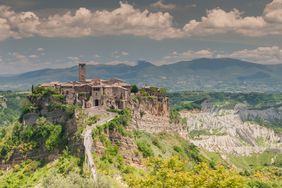