In a good way.

The Gulf of Chiriquí, a wild, volcanic stretch of Panama's Pacific shoreline, was once known as the Lost Coast. Pirate ships ran aground here; ruthless buccaneers stole charts of the area from one another, eager to plunder its natural riches.

As my family and I boarded a little barge bound for the gulf, it seemed as if we, too, were entering unknown territory. Chugging down the delta of the Chiriquí River, evidence of human habitation became increasingly scarce — a few cows here, a wooden kayak there. Barú, Panama's largest volcano, loomed out of the haze and was promptly swallowed up again. Then we hit the ocean and stared at a blank horizon as high winds buffeted our boat, limiting conversation to the occasional shout.

Over the roar of the engine, our guide, a towering Liverpudlian named Rob Jameson, explained that sailors lost in these seas used to scan the skies for flocks of magnificent frigate birds as a sign that they were nearing the safety of shore. An hour or so after we set off, there they were: hundreds of the birds, wingspans yards wide, swirling high above a dot of jungle-clad land—the outermost in an archipelago of 14 untrodden islands named Islas Secas.

I'd be lying if I said I didn't feel a profound sense of relief.

My husband, David, and I were on our way to Panama's newest high-end resort, Islas Secas Reserve & Lodge, with our 18-month-old son, Leo, and our four-year-old daughter, Stella. David and I are both fairly seasoned travelers, but since Leo's birth, our ambitions had shrunk considerably. When Stella was little, we dragged her off to Cuba, India, Mexico, and Morocco; with two in tow, we'd been spending a lot more time in Florida. So Panama was to be a test case. Were we ready to trade in the kitchenette and the kids' club for a taste of real adventure?

The captain cut the engine and we coasted, ears ringing in the sudden silence, toward a jetty sticking out from a palm-fringed cove. Though technically a private island resort, Islas Secas has more in common with a safari lodge: the luxury is in having exclusive, up-close access to nature rather than lavish amenities or flashy design. As we stepped onto the mile-wide main island of Isla Cavada, there was no show-stopping architecture or blingy beach cabanas in sight. Instead, we could just make out the resort's nine casitas poking above a tangle of frangipani trees.

"We're out there, man, we're off the grid," resort developer Jim Matlock said. "Take a look on Google Maps and you'll see how remote this place is." Matlock and his wife, Christy, raised two children — along with a mutt named Daisy — on Isla Cavada after moving from California 15 years ago and working at the eco-resort that preceded Islas Secas. Bringing up a family here wasn't without its challenges, the couple admitted. But as our kids chased Daisy up and down the bamboo jetty, delighted squeals ringing out across the glassy, jade-green bay, we started to get a sense of what had made it all worthwhile.

Over the next few days, we sampled the Matlocks' Swiss Family Robinson–style existence in all its sunbaked, barefoot glory. We took boat rides to uninhabited islands, dolphins cresting the waves alongside us. We picnicked on crescents of creamy sand so quiet we could hear the creaking of hermit crabs emerging from their shells. We took walks through the jungle, stumbling upon freakishly shaped fungi and a giant termites' nest. Most exciting of all, we hiked to a cliff-top lookout where we watched the ocean booming through a blowhole some 50 feet below, just as an apricot sun slipped under the horizon.

Like many properties of its kind, the current version of Islas Secas owes its existence to one man. A few years ago, an American hedge fund manager and philanthropist named Louis Bacon fell for the archipelago while on a sailing trip around the Gulf of Chiriquí. Learning that the islands were up for sale, Bacon added them to a portfolio of conservation projects that runs from Alaska to the Bahamas.

Related: The Unexpected Trip Animal Lovers Need to Add to Their Lists

His dream was to create a place where guests could enjoy exclusive access to the extraordinary natural riches of the region. And they are pretty extraordinary. The Pacific waters teem with giant manta and eagle rays, sea turtles, sharks, and schools of kaleidoscopic tropical fish. Pods of humpback whales pass on their annual migration north in late summer and return in winter.

Conservation is a crucial part of the project. Under an agreement with the Panamanian government, only a quarter of the archipelago has been developed — the rest will remain untouched. Every element of the lodge is low-impact, from the soaring bamboo structures that house the lobby and restaurant to the reclaimed wood used to build the elegant guest rooms. All water is recycled after being run through the island's filtration system, while energy is generated by a 1,000-foot phalanx of solar panels lined up along the airstrip.

Though Bacon's principles were no doubt lost on Leo and Stella, the untamed world he has created at Islas Secas was not. David and I had worried about how they would manage with no playground visits and no iPads, forgetting that these things are stand-ins for real adventure — for chasing a hummingbird around a tree, collecting tiny shells along a beach, or stalking fluorescent-green iguanas through the undergrowth. After three nights on the island, our kids were the happiest we'd seen them' and so, as a consequence, were we.

On our last day at the lodge, we noticed black clouds gathering as we returned by boat from an excursion around the islands. Fat drops of rain pelted the jetty as I grabbed Leo and we all ran, shrieking in our swimsuits, back up the steep forest path to our villa. From our private deck with its 180-degree views of the other islands, we watched the storm roll through. Around us were no lights, no man-made structures; it felt like we were the last four people left in the world. And sometimes, in certain places, that's the very best feeling you can have.

Plan an Island Adventure in Panama

Copa Airlines flies nonstop to Panama City from major U.S. hubs. Spend the night in the capital's Casco Viejo neighborhood at the stylish American Trade Hotel (doubles from $329). Early the next day, take the hour-long Copa flight to the city of David in western Panama. The hour-long boat transfer to Islas Secas leaves from a river mooring an hour outside David.

The lodge has nine chic, understated casitas arranged around four sites, each with a deck area with a private plunge pool and ocean views. Amenities include an on-site masseuse and yoga instructor, access to barges and sportfishing vessels, and an education center where guests can learn about local wildlife. Recreation manager Rob Jameson can schedule such activities as marlin-fishing trips, and scuba diving in nearby Coiba National Park. islas​secas.com; doubles from $2,000, all-inclusive, three-night minimum. 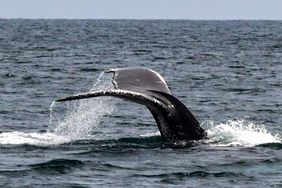 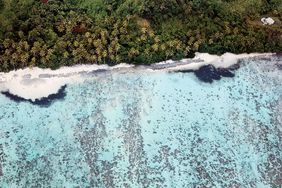 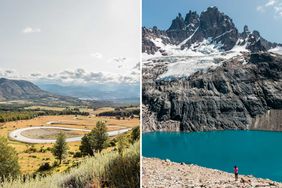 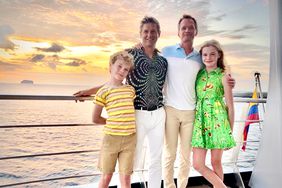 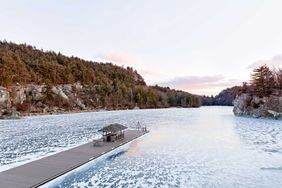