The 5 Most Luxurious New Hotels in Corfu

Corfu is a popular cruise stop, but with the arrival of thoughtfully designed hotels, the island is ready for a new crowd.

With its hilly countryside and strategic location near the confluence of the Adriatic and Ionian seas, Corfu is rich in both history and natural beauty. A powerful city-state in ancient times, the island was later ruled by the Venetians and the British. These days, its capital, called Corfu Town, is a popular stop for cruise ships. But the island has never had quite the cachet—or the luxury accommodations—of islands like Mykonos or Santorini.

"Corfu has amazing beaches, stunning landscapes, and a gorgeous city center," says Christos Stergiou, a member of T+L's A-List of top travel advisors who specializes in Greece. "But the hotel options were always lacking."

That's set to change this year. Leading the way is the Angsana Corfu (doubles from $266), the first-ever European property from the Asia-based wellness-focused brand. Located near the fishing town of Benitses, the hotel has views of the sea from many of its 159 rooms and 37 villas. Unique selling points include a sumptuous spa with outdoor treatment pavilions and a fine-dining restaurant from Corfiote-Italian chef Ettore Botrini, of the Michelin-starred Athens restaurant Botrini's.

Related: How to Island Hop Throughout Greece

The Olivar Suites (rates not available at press time) is another property to watch. "It's built in one of the longest-standing olive groves of Corfu, which, at three hundred years old, is considered a historical monument," Stergiou says. The hotel comprises 120 stand-alone cabanas with private terraces and plunge pools, steps from a sandy beach in Messonghi, on the eastern coast.

Meanwhile, the luxe Grecotel Corfu Imperial (doubles from $456), on a private peninsula less than 30 minutes from Corfu Town, will reopen in May after an upgrade to all the guest rooms and suites, which will feature chic white linen furnishings and mirrored accents—plus panoramic sea views. Later this summer, the adults-only Domes Miramare, a Luxury Collection Resort, Corfu (doubles from $237) will get a sister property, Domes of Corfu (doubles from $142), surrounded by the cypress and olive trees of the island's western shore. This beachfront gem will deliver on the same anything-you-want service, but will also cater to families, with a kids' club and an outdoor street-food setup. 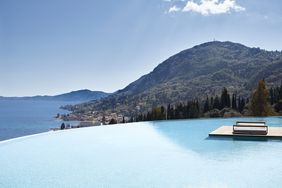 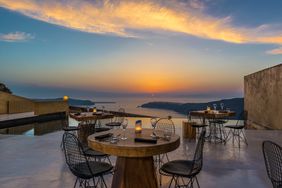 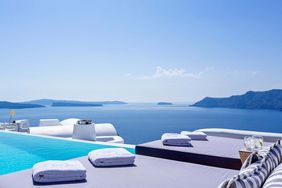 The Best Resort Hotels in Greece in 2018 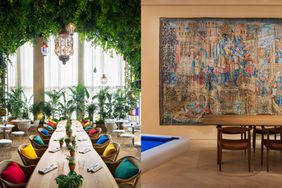