A year on from the bushfires, Australia's Kangaroo Island is bouncing back.

Sarah Reid is an award-winning Australian freelance travel writer, editor, author, and sustainable travel expert with a passion for positive impact travel. Sarah has traversed more than 120 countries to research articles for leading travel titles around the world and has a passion for inspiring travel that benefits destinations as much as visitors. * 20+ years of experience working as a journalist and editor * Australian Society of Travel Writers' 2020 Travel Writer of the Year * 2020 Travel Media Awards Specialist Travel Writer of the Year * Author of "The Sustainable Travel Handbook" and "The Solo Travel Handbook," published by Lonely Planet * Co-author of more than 20 travel guides and reference books, including "Sustainable Escapes," published by Lonely Planet * Received a bachelor's degree in journalism and a graduate certificate in sustainable tourism management

I've barely left the airport on South Australia's Kangaroo Island, just a 30-minute flight from Adelaide, before I see a koala casually crossing the road. By the time I check into the sustainable-luxe Ecopia Retreat near the center of KI (as everyone calls it), I've counted half a dozen of island's namesake macropods, along with a small army of brushtail possums hunting insects under the light of the full moon.

Roughly the size of Long Island, KI was decimated by Australia's "Black Summer" bushfires in 2019 and 2020, which burned 46% of the island. A year on, I was a little nervous about returning to the island I had fallen in love with for its abundant wildlife, dramatic landscapes, gourmet produce, and welcoming locals. But my airport transfer-turned-safari offered the first hint that it takes more than a catastrophic bushfire to keep KI down.

"It has been incredible to observe how the wildlife has responded to the bushfires," says Craig Wickham, owner of luxury tour operator Exceptional Kangaroo Island, as we drive to Flinders Chase National Park on the western side of the island, which bore the brunt of the blaze. "We saw animals return to forage in habitats within hours of them being burned."

Wildlife appears to be scarce as we roll through the charred landscape, where green rapidly wins the battle against black. However, when we set out for a hike, there are signs of it everywhere, from wallaby tracks and echidna diggings to fresh shoots nibbled by mammalian teeth. At Cape du Couedic, where a sliver of the national park housing a heritage lighthouse was saved from the fires, we spot a rare southern emu-wren, a bird known for its striking filamentous tails.

Amazingly, many wildlife species thought to have been wiped out by the fires — including the KI dunnart, Australia's most endangered mammal — not only survived, but are coping better than expected. Over coffee, apiarist and longtime volunteer firefighter Peter Davis, who lost almost 40% of his hives at Island Beehive to the blaze, tells me that he's confident the island's rare strain of Ligurian bees will prevail. And while only around a fifth of KI's koalas are thought to have survived, the furry marsupials still outnumber the island's residents two to one. Near the idyllic hidden beach known as Stokes Bay, I spot four of them dozing in a single tree.

Coronavirus travel restrictions aside, reassuring travelers that the fires didn't dilute the magic of KI, two-thirds of which is protected, has been a huge hurdle for the local tourism industry. Not only have most affected attractions now reopened, but the legacy of the fires has added a new dimension to the visitor experience.

The spectacular five-day, 38-mile hike known as the Kangaroo Island Wilderness Trail, for example, has been temporarily rebooted as a series of day hikes, offering a unique opportunity to experience the rebirth of the extraordinary coastal landscape it weaves through. At The Islander Estate Vineyards' atmospheric cellar door, you can now learn about how the winery is recovering after its vineyards were razed by the fires, while sampling some of KI's best vino. Also offering insight into the island's bushfire recovery is a new e-bike tour launched in February by Exceptional Kangaroo Island, which visits the cellar doors of The Islander Estate Vineyards and nearby boutique gin distillery Kangaroo Island Spirits along the way.

But that's not all. Thanks to a $7 million AUD ($5.4 million USD) funding boost, five of KI's ecotourism attractions are now set to be turbocharged. Chief among them is Seal Bay, the main hangout for the island's Australian sea lion colony, where the visitor experience has been earmarked for a facelift. Arguably the island's most anticipated post-bushfire tourism opening, however, is Southern Ocean Lodge, which was gutted by fires in January 2020. The next incarnation of the ultra-luxe, off-grid ecolodge along a remote cliffside is currently scheduled to open in late 2022 or early 2023.

With Australia's borders likely to open before then, luxury adventure seekers need not wait that long. On the eastern side of the island, One Kangaroo Island features two architect-designed beachfront eco-retreats that come with a private chef. Also untouched by the fires, Ecopia Retreat has two rammed-earth villas and a three-bedroom residence beautifully furnished with the owners' Aboriginal artwork collection and surrounded by bushland, where I awake to kangaroos grazing just meters from my deck. I also spot six raucous glossy black cockatoos on the property. With just 454 of these critically endangered birds counted on the island during a post-bushfire survey, it's yet another example of KI's resilience. And another great reason to visit. 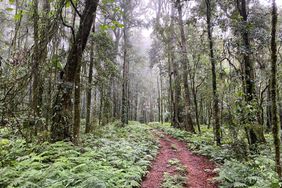 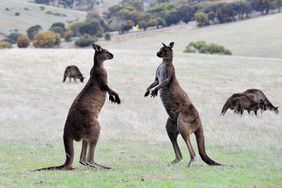 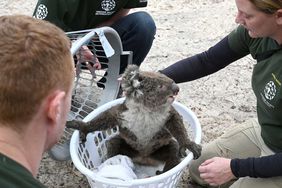 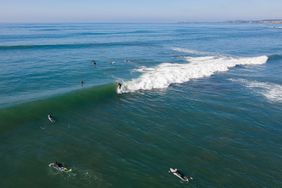 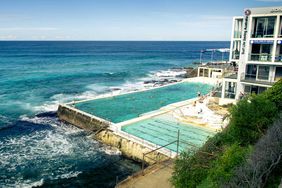