As our beloved national parks continue to see record-breaking visitor numbers, one writer finds that, this summer, state parks could very well steal the show.

In the southeastern corner of Georgia lies the Okefenokee Swamp, a 438,000-acre wetland. The cypress-filled wilderness — with its labyrinth of black canals inhabited by some 12,000 gators — is a long drive from anywhere.

Visitors have three main entry points to choose from, each about two hours from the next. The section I knew the least about before my visit this spring was Stephen C. Foster State Park. It's nestled within the much larger Okefenokee National Wildlife Refuge, but it offers much that the bigger reserve does not, including campsites with electrical hookups, running water, and access until 10 p.m. — a plus for the stargazers attracted by its International Dark Sky designation.

These days, the Okefenokee's 120 acres of state park have more fans than ever. "Since the pandemic started, we've seen an uptick in visitation, even in the summer, when numbers are normally low," said Alex Werner, an interpretive ranger at Stephen C. Foster.

That's no anomaly. As travelers seek new options for enjoying the outdoors, state parks across the country have reported rising attendance. Surprisingly, as of 2019, they were already welcoming about 2.5 times more visitors than their higher-profile, federally funded counterparts, despite having only 16 percent of the acreage. While the hottest state campgrounds do book up fast, Werner said a relatively local audience means that traffic tends to be more evenly distributed throughout the year, which preserves the low-key, less crowded atmosphere.

"State parks get the occasional foreign tourist, but a lot of visitors are either locals or people traveling from different parts of the state or neighboring states," he said, adding that people can be out relaxing in nature without encountering the Instagram swarms angling for photo ops in front of famous monuments.

Crowd volume is also helped by the simple fact that there are more state-run options for travelers to choose from. America's State Parks alliance tallied nearly 6,800 reserves, while the National Park System manages just 423.

As national parks introduce timed entry tickets and day-use reservations in an attempt to tackle overtourism, these laid-back little siblings feel all the more inviting. Of course, 50 states means 50 different systems for camping permits, and from park to park, amenities are even more variable. Some sites are tricked out with golf courses, zip lining, and RV hookups; others, such as Maine's Baxter and California's Sonoma Coast state parks, don't even have running water.

As demand grows, so, too, do the choices. In February, Kingston, New York, announced plans for Sojourner Truth State Park, honoring the suffragist born into slavery not far from the 500-acre site on the Hudson River. North Texas's first new state park in 25 years, Palo Pinto Mountains, will open next year on nearly 5,000 acres east of Abilene. And Michigan just announced $250 million in funding for state parks, including $26.2 million to create one in Flint — a key investment in the community as it continues to move past its water crisis

Older sites are getting new energy, too. Fall Creek Falls State Park, in Tennessee, opened a $40.4 million, 85-room lodge this past January. In five Minnesota parks, all-terrain electric wheelchairs, with continuous-track treads for navigating rugged ground, will be bookable as of this summer.

Still, state parks grapple with the same challenges national ones do — and then some. One big concern is having enough help to manage maintenance, ticketing, and other operations. "Everyone down here has to wear a lot of hats," Werner said. "I don't think some parks would make it without volunteers."

No one understands this better than Fort Kearny State Recreation Area superintendent Gene Hunt. In his 50-plus years with the Nebraska Game & Parks Commission, Hunt has rarely had a smaller team — or more park visitors.

He walked me around the 1848 fort in the adjoining Historical State Park, sharing pioneer history while pointing out faded signage, untrimmed trees, and a reconstructed antebellum blacksmith's workshop in desperate need of a blacksmith. Cars pulled in, but the last staffer at the visitors' center had left for the day, meaning the park couldn't collect the admission fees that fund a significant percentage of its operations.

Still, it's a time of possibility. When I stopped by Fort Kearny in late March, some 600,000 sandhill cranes were migrating through the 186-acre patch of woods, meadow, and sandpit lakes. In the evening, I joined dozens of bird-watchers on a footbridge over the Platte River to ogle this magnificent, cacophonous roost. We could have contended with thousands of other travelers to see this species summering at Yellowstone, but in this unassuming little state recreation area, we were far more content flying under the radar.

A version of this story originally appeared in the July 2022 issue of Travel + Leisure under the headline Lands of Plenty. 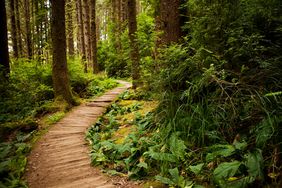 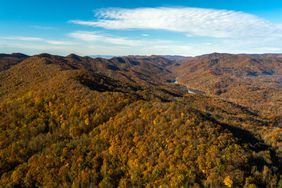 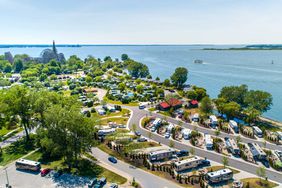 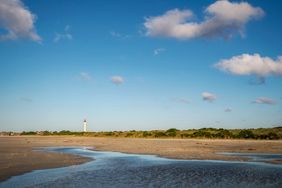 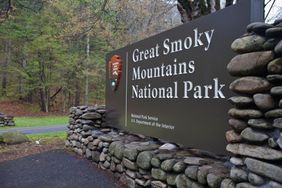