Where to Drink Alcohol at Disneyland

Get buzzed without breaking the rules.

The original Magic Kingdom in Southern California is filled with delight—the songs! the parades! the rides! the atmosphere lines for rides! It's all more than enough to keep any reasonably fun person satisfied.

Until that mid-day heat-wave hits and you're daydreaming about frosty, ice-cold beer.

Disneyland will sell you ponchos when it rains, slushies when it’s hot, and ice cream sundaes when your kids really don’t need more sugar, but a freshly poured brew? Not gonna happen. Believe it or not, the Happiest Place on Earth doesn’t even have a Happy Hour. Disneyland parks remain liquor-free simply because it’s the way Walt intended it, allowing families to enjoy attractions together—and, as one can only assume, to uphold the park’s idyllic image.

Still, that doesn’t mean you have to spend your Saturday night riding Space Mountain sober, as there are plenty of ways to get buzzed without breaking the rules.

You can’t have a sip of alcohol inside the park unless you’re a VIP (more on that below!), but you can enjoy an array of local beers, craft cocktails, and mouthwatering wines between princess meet-and-greets and It's a Small World verses by looking elsewhere. When you’re hankering for a cold one after a trip on Pirates of the Caribbean, consider this your booze-marked treasure map:

Disneyland’s second gate is known for its thrill rides and Cars-themed delights, but doubles as the most convenient spot to sip Disney-condoned adult beverages. The park’s entrances are right across from each other, making it easy to dip between the two when you want a drink. To do so, you’ll need a park hopper ticket—which costs as much as $60 atop regular one-day admission—as the cocktail and coaster-filled park is completely separate.

Once inside, though, you can choose from an array of reds and whites at Mendocino Terrace, sip classic cocktails at Carthay Circle Lounge, or swing by the newly expanded Cove Bar, whose Instagram-worthy secret menu of rainbow-colored concoctions is worth the guaranteed wait. Whichever you pick, don’t drink so much that you forget your hand stamp on the way out—you’ll need it to re-enter if/when in search of a second round.

Curb your excitement about that Mint Julep Bar over in New Orleans Square—it’s just a sugary, kid-friendly substitute for the real thing. All the real booze is hidden just upstairs, in a place most day guests only dream of being able to see. The legendary and exclusive Club 33 is a restaurant within Disneyland’s walls that remains the only place in the park to knock a few back at a full bar. You can’t get in without a member, and sadly, can’t quite become one if you tried. For the privilege of imbibing at the happiest lounge on earth, it’ll set you back $25,000, with an additional $12,000 in annual dues—if you’re even able to get off the waitlist, that is.

Hit the strip to cool off (or wake up!)

Thankfully, you don’t need the Cadillac of Disney admission to sip the Cadillac of margaritas. The shopping and dining area adjacent to both of Anaheim’s parks plenty of options for an array of drinking experiences. Tortilla Jo’s, known for their tableside guacamole and extensive mojito and margarita menu, offers Happy Hour from 2 p.m. until 5 p.m. on weekdays as well as frozen margaritas and beers at the quick-service taqueria next door, perfect for when that Fastpass time slot is creeping up. If you want a lunch that feels like brunch, Ralph Brennan’s Jazz Kitchen offers a bloody Mary selection as well spiked coffee seven days a week. There are even more upscale options, like Catal, whose wide selection of craft beers and cocktails compliment their Mediterranean menu, perfect for when you’ve had your fill of churros. (If that’s even possible.)

Drop in to check out the Grand Californian.

Disneyland’s high-end Craftsman-style hotel is downright stunning (don’t miss it at Christmastime!) but also offers one of the widest drink selections across Disneyland Resort. Within the hotel’s airy lobby is Hearthstone Lounge, which has a variety of beers, wines, sangria, and plenty of cocktails, ranging from gussied-up classics, like a martini with truffled olives, to an Ultimate Long Island Iced Tea that’ll pitch you over the blood alcohol level needed to operate even an Autopia car. Over at Napa Rose Lounge, guests can taste a variety of brews from local breweries, like Bootlegger’s and Anaheim Brewing, and indulge in more Californian Cabernets than a trip through upstate wine country in the no-reservations-needed compliment to the hotel’s signature restaurant.

(And no, not that air-conditioned hut with all the birds.) Way past the end of Downtown Disney strip, in the middle of Disneyland Hotel’s complex resides Trader Sam’s Enchanted Tiki Bar, where the cocktails have as much originality and excitement as the attractions themselves. The menu of tropical offerings at the Jungle Cruise-inspired watering hole, particularly the Uh-Oa!, can trigger certain chants and magic within the bar, adding to the fun. Food is served and children are allowed until 8 p.m., letting families enjoy it all together—just they way Disneyland was intended to be. It’s such a legendary spot for in-the-know parkgoers that you may think twice about getting your kicks from Adventureland’s Dole Whip counter from now on. 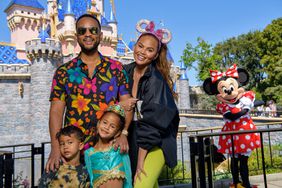 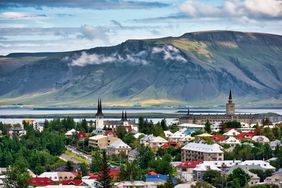 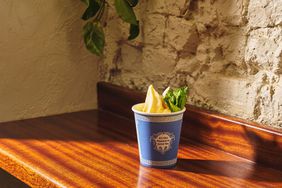 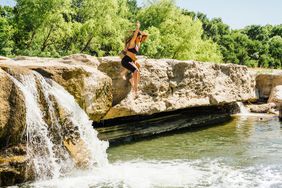 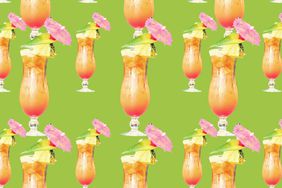 25 Can’t-miss Cocktails, Slushies, and Drinks You Can Try at Disneyland 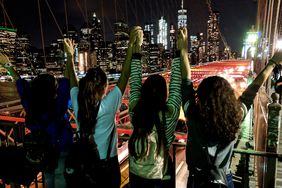