You can't build a time machine to visit Disneyland's opening day, but "Walt Disney's Disneyland," the new Taschen book by Chris Nichols, details enough of the park's origins to make you feel like you've been transported back to 1955.

Diving into the history of Walt Disney's park with mesmerizing behind-the-scenes photos of the first rides and earliest attendees, it's the stories that reign supreme, with tales of personal experiences and unexpected influences from around the world that shaped Walt's park from the ground up. Between secret nods to Disneyland's history that you can still spot to this day and insider stories — like how the Happiest Place On Earth almost landed in Los Angeles — it offers a fresh look at the famed theme park between its photo-flocked pages.

Here are just a few of the secrets you'll find tucked between its covers:

Inspiration for the Storybook Land Canal Boats, which takes guests on a ride through shrunken-down versions of iconic film locations, came from trips to other international parks. The Bekonscot Model Village and Railway near London and Holland's Madurodam miniature park are said to have directly influenced the creation of the Fantasyland attraction. It's also likely that its Monstro the Whale tunnel was inspired by Children's Fairyland in Oakland, given its eerily similar big blue Willie the Whale and that Disney visited the attraction shortly after it opened in 1950.

Forget the technical marvels of reinventing Tower of Terror or Indiana Jones Adventure's never-the-same-twice experience — neither compared to the challenge Disney staffers underwent creating Matterhorn Bobsleds. Everything about it was unprecedented, down to the seat height, wheel material and track technology, and because the Matterhorn's exterior was designed first, it required an engineering marvel to fit the track in the tight spaces, executed in under a year. Matterhorn Bobsleds also became the first roller coaster to ever allow multiple vehicles on the same track at once, setting the groundwork for the thrill rides we know and enjoy today.

There are secret nods to Disneyland’s past throughout the parks

The Carthay Circle Theatre, where "Snow White and the Seven Dwarfs" premiered, is honored with a replica at Disney's California Adventure park that houses a lounge and restaurant. Look at Trolley Treats across the way and you'll see an enticing candy-filled window display, an homage to the Rock Candy Mountain attraction designed for Fantasyland that was never built. And that little ghost town seen at the end of Big Thunder Mountain Railroad? It isn't just for fun, it's actually a remnant from Mine Train Through Nature's Wonderland, a precursor to the Frontierland ride

Disneyland Park was created by artists, not architects.

Disneyland's uniqueness is rooted in the fact that so many of its designers were talented movie artisans. Special effects artists designed larger-than-life park decor, an Academy Award winning costume designer created employee outfits and a famed movie director stylized the early days of Tomorrowland. Celebrated Imagineers and artists like Herb Ryman, who worked on "Dumbo," created the original map view of the park in order to secure financial backing and Claude Coates, who painted scenes for "Snow White and the Seven Dwarfs" and "Peter Pan," worked on visuals for the ride, giving the first-ever Disney theme park its iconic look.

Early maps, models and designs of Disneyland coming to fruition, along with vibrant photos of the park's stylish guests give more context than any historic tale, with enough two-page photo spreads to make those fabled early days feel real. There are even glimpses at the oft-rumored tidbits of early Disneyland, like an automat Space Bar restaurant and Main Street's full-fledged apothecary with live leeches, which are nothing short of delightful. 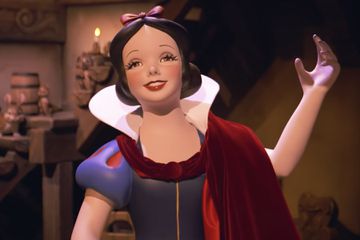 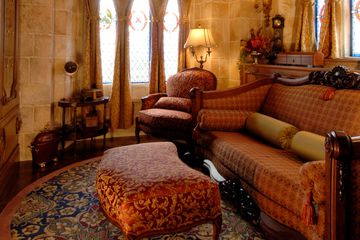 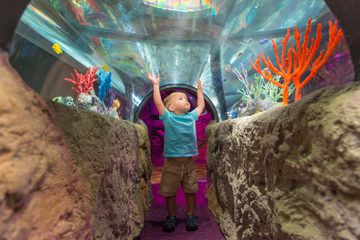