Join a Disney Imagineer for a magical tour of this iconic theme park.

In the latest video of our Walk With Travel + Leisure series, you can tour Disney World's Magic Kingdom with an Imagineer and uncover all the design secrets and details you might have missed during your last visit.

Join Gary Landrum from Walt Disney Imagineering as he explores this iconic park's theme — magic made real — in its immersive lands, beloved attractions, and unique restaurants. The tour starts in Town Square with a history lesson on the Disney brothers (Walt and Roy) and their inspiration for the theme parks, before heading down Main Street, U.S.A. toward Cinderella Castle. The next stop is the "Partners" statue, where Landrum offers two statements that Disney legend Blaine Gibson imagined Walt saying to Mickey in the moment captured in the structure: "Look at all that we've accomplished" and "Look at all the happy people."

Next up on the tour is Tomorrowland, which is dedicated to our shared aspirations for the future, according to Landrum. He stops at the Carousel of Progress and Space Mountain, before heading into Fantasyland. Landrum shares the intricate design secrets of the Beauty and the Beast-themed Be Our Guest Restaurant. Even if you've visited the magical eatery in the past, you're guaranteed to learn something new about this restaurant's story. Then, it's off to Liberty Square and Adventureland. Did you know that Adventureland is divided into four realms? British colonial Africa, a desert oasis, Polynesia, and the southern isles are all represented in the land's attractions and theming.

The last stop is Cinderella's Castle for a tour of the exclusive Cinderella Castle Suite and all of its magical touches. From the stained-glass windows and mosaics to the antique furniture and bathroom sink, you won't believe all the elaborate details found in this one-of-a-kind room. 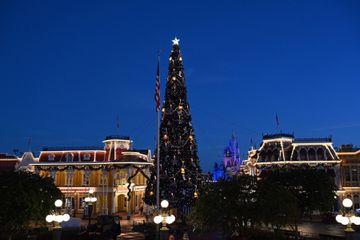 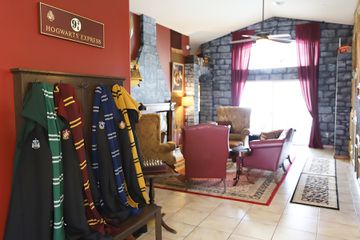