This Disney World park is getting a makeover — these are the new attractions, restaurants, and events coming to Epcot this year.

Epcot is undergoing an overhaul prior to Walt Disney World’s 50th Anniversary in 2021, which includes a full reinvention of most of the park, including the Future World and World Showcase areas. There’s so much coming to the park over the next few years, and 2020 will kick off these improvements with exciting openings.

With the Disney Skyliner gondola system now operating, it’s easier than ever to visit Epcot’s attractions, rides, and superb dining.

From regional BBQ sandwiches and French delicacies to a beloved Pixar film attraction and a never-before-seen nighttime show, here’s what to expect from Epcot in 2020.

Remy’s Ratatouille Adventure will open within an expansion of Epcot’s France pavilion next summer, bringing larger-than-life entertainment as guests scurry through walk-in refrigerators and underneath stove burners while aboard adorable rat-shaped vehicles. It will be the first Walt Disney World attraction themed to the Pixar film Ratatouille. This new ride was replicated from the Disneyland Paris crowd-favorite ride within its Walt Disney Studios Park.

A new DuckTales-themed World Showcase game within the Play Disney Parks app will be introduced next year as well, and three films will debut at Epcot on January 17th, just in time for guests visiting over Martin Luther King Jr. Day. A 10-minute Awesome Planet film about Earth will open at The Land pavilion, while a Beauty and the Beast Sing-Along — an all-new experience narrated by Angela Lansbury, the voice of Mrs. Potts, and helmed by the original film’s producer, Don Hahn — offers a twist on the original with a LeFou-led story that will run opposite Impressions de France at Epcot’s France pavilion.

The Canada pavilion of the World Showcase will also debut the new film Canada Far and Wide in its CircleVision 360 theatre, replacing the long-running O Canada! Not many stars could fill former narrator Martin Short’s shoes, but Disney went for a double-dose of Canuck talent with his replacement: Eugene Levy and Catherine O’Hara, co-stars of favorite films including Waiting For Guffman and Best In Show as well as the now-iconic CBC program Schitt’s Creek.

Regal Eagle Smokehouse, the new BBQ joint coming to Epcot’s American Adventure pavilion, will begin serving Texas-style brisket sandwiches and Memphis ribs to hungry crowds around the start of the year. Space 220, helmed by the Patina Restaurant Group — the group behind Epcot eateries like Via Napoli and Tutto Italia — is also set to open in early 2020.

A new gelato stand will arrive at the Italy pavilion in Epcot’s World Showcase later in 2020, too, and whether or not you’re thrilled about the new Ratatouille attraction, there’s something every Walt Disney World guest will be excited for: crepes. After disembarking the forthcoming attraction, guests can eat like beloved tiny-chef Remy — without breaking health codes, of course — at La Crêperie de Paris, the new Jérôme Bocuse-helmed restaurant offering quick-service and table-service sweets and savories opening summer 2020.

HarmonioUS will bring Disney characters, special effects, eye-popping fountains, and fireworks to Epcot’s World Showcase in a new evening spectacle that’s bound to wow guests. It replaces IllumiNations: Reflections of Earth, which had a nearly 20-year run until it closed earlier this year. Until then, the nostalgia-fueled temporary replacement Epcot Forever will play through mid-2020 in a limited run.

All of Epcot’s famed festivals will return in 2020, starting with Epcot International Festival of the Arts, which debuts January 17 and runs through February 24. The fourth-annual wintertime festival melds creativity with food for a variety of artistic experiences including community murals, inventive food, and fun workshops that allow kids to be (intentionally) playful with food. 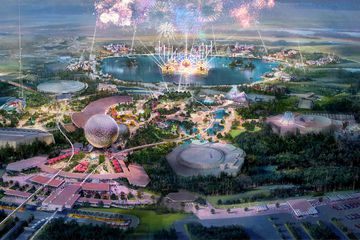 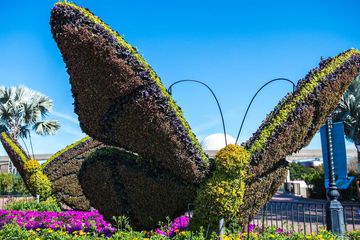 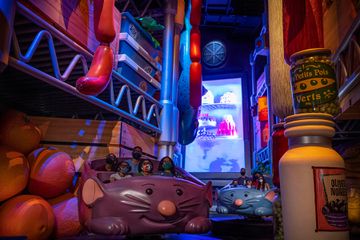 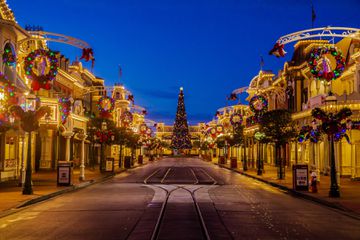 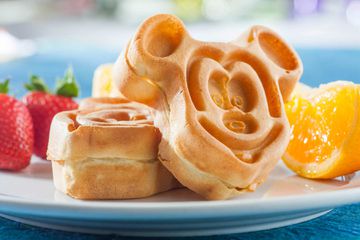