Disneyland vs. Disney World — which Disney park is better?

Let's get one thing straight right out of the gate: A vacation to Disneyland or Disney World is always a good idea. Both theme parks offer days worth of fun for people of all ages thanks to thrilling rides, delectable food, and an atmosphere of joy that will bring everyone right back to childhood. However, if you're deciding on a Disneyland vs. Disney World vacation, there are a few differences you should know about.

If you're looking for history and nostalgia, Disneyland is the way to go. That's because it was Walt Disney's very first theme park, which opened its doors on July 17, 1955. At the time, the park only had a few areas, including Main Street, Fantasyland, Adventureland, Frontierland, and Tomorrowland.

Though Walt Disney was involved in the ideation of Disney World in Orlando, Florida, he sadly died five years before its opening in 1971. Still, we like to think it lived up to his idea of what the Mouse House should really look like.

Still not sure which Disney theme parks you want to visit? This guide compares Disneyland vs. Disney World vacations so you can plan your next trip to see Mickey and the gang.

This one is fairly cut and dry. Disneyland is located in Anaheim, California, about an hour's drive outside the city of Los Angeles. The closest airport to the park is the John Wayne Orange County Airport (SNA). However, guests may find more direct routes and flight options by flying in and out of the larger Los Angeles International Airport (LAX).

Disney World is located on an entirely different coast in Orlando, Florida. Orlando International Airport (MCO) is the closest airport to the parks. However, it's still fairly easy to get to Walt Disney World via the Sanford (SFB) or Tampa (TPA) airports as well.

The two parks couldn't be more different when it comes to their sizes. Disney World covers an astonishing 43 square miles of land. Disneyland is just 500 acres — that means about 51 Disneylands can fit inside Disney World.

Both Disney resorts are worth visiting, but your decision might depend on how long you have to explore the parks. While it's totally doable to see all the main attractions at Disneyland in a day or two, you need close to a week to see everything at Disney World.

Disneyland and Disney World both use dynamic pricing for theme park tickets. That means that ticket prices vary depending on the season, day of the week, and other factors. Theme park tickets at both resorts are pricey. Expect to pay over $100 for a one-day, one-park ticket, but exact prices will depend on your vacation dates and whether or not you splurge for Park Hopper to visit more than one park per day.

That said, there are plenty of ways to save money on a Disney World or Disneyland vacation.

Transportation around Disneyland is essentially a non-issue due to its smaller size. However, the park does offer free shuttle services to and from the parking lot. There is also a Disneyland monorail that travels between Tomorrowland in Disneyland Park and Downtown Disney.

But, the need for transportation is extremely apparent at Disney World. Thankfully, the park fully takes care of its guests with a complimentary transportation system that can get them to wherever they need to be. That includes buses, a ferry, gondolas, or the monorail, which runs between two theme parks and three Disney-operated hotels.

Disneyland may have a bit of an edge in this category as it's located in sunny Southern California, where the temperatures remain rather steady throughout the year. That said, it can still dip to around 50 degrees in the winters and reach well above 100 in the August and September summer heat.

Disney World, on the other hand, is a bit more hot and humid during the summer months, making it a less-than-ideal time to stand for hours on end in line for a favorite ride.

So, as far as the weather is concerned, both parks are best visited during the more temperate spring months. However, there are a few more things to think about when it comes to planning your park visit.

Both parks can become unbearably crowded during school spring break times (in March and April). They can also become excessively crowded during holiday breaks (namely Thanksgiving, Christmas, and Fourth of July) and special celebrations (like Halloween).

If you can, go during either park's off-peak times, avoiding popular holidays or the summer break period. That way, you'll be able to experience more of the park in a shorter amount of time thanks to fewer crowds.

There are a few cross-over rides that you'll find at both parks, including the classics like Pirates of the Caribbean, Splash Mountain, and It's a Small World. However, each park puts its own spin on these rides so they're not exactly the same at each location. Both Disney World and Disneyland have around 50 rides in all.

There are three Disneyland hotels on property: the Disneyland Hotel, Disney's Grand Californian Hotel and Spa, and Disney's Paradise Pier Hotel. Of course, there are plenty of non-Disney options within walking or driving distance of the parks, too.

Meanwhile, Disney World has more than 25 different on-property hotels stretched across its landscape. That includes everything from budget hotels like Disney's Art of Animation Resort to deluxe options like the Animal Kingdom Lodge, as well as deluxe villas like those at Disney's Polynesian Villas and Bungalows.

Both theme park resorts offer stellar performances, parades, and character sightings throughout the day. At night, the party continues with shows. Exact offerings are subject to change, so check the Disneyland and Disney World entertainment schedules to see what's going to be available during your visit. Disney World debuted a new nighttime spectacular, Disney Enchantment, at Magic Kingdom in honor of the park's 50th anniversary.

For both amusement parks, the castle is at the center of it all. Disneyland's Sleeping Beauty Castle is 77 feet tall, while Disney World's Cinderella Castle at the Magic Kingdom is more than double that height at 189 feet tall. But hey, it's not a competition pitting princess-against-princess, right? 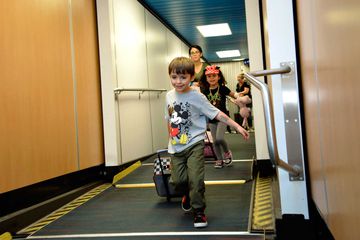 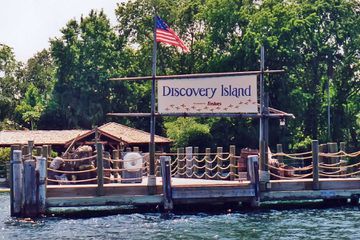 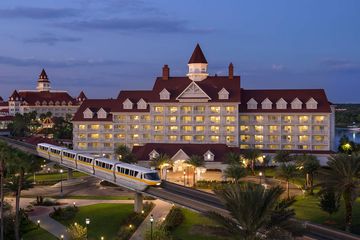 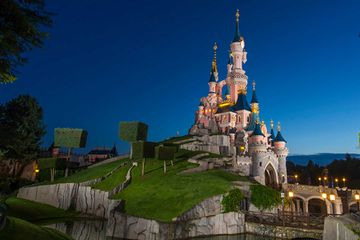 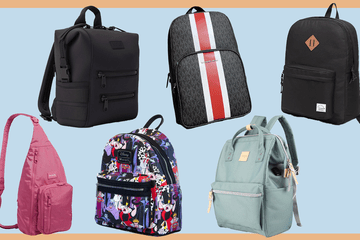