Disneyland's 65th anniversary was a reminder that "there's a great, big, beautiful tomorrow."

"To all who come to this happy place: Welcome. Disneyland is your land," Walt Disney once said.

On July 17, 1955, Disneyland opened its gates to the public for the first time, ushering in a new era of theme park entertainment. With a star-studded broadcast titled "Dateline: Disneyland" on ABC, hosted by Art Linkletter, Bob Cummings, and Ronald Reagan, millions of viewers were introduced to the new $17 million theme park built in just a year.

Disneyland's opening day was "disastrous" by many accounts — the park wasn't quite ready for visitors, it ran out of food and drinks, counterfeit tickets led to unexpectedly large crowds, and shoes even got stuck in freshly laid asphalt in 100-degree California heat. Despite all these issues, Disneyland's opening day will be forever remembered as a turning point in the amusement park industry's history, kicking off the wildly successful Disney Parks empire that has since evolved into a cultural phenomenon.

The 65th anniversary for "The Happiest Place on Earth" wound up being historically significant for another, more sobering reason. In 2020, a year that was meant to be joyous and celebratory for the park, the coronavirus pandemic shuttered all six theme park resorts around the world for the first time in their history. Disneyland remained closed through its anniversary, July 17, and didn't open until the following April.

A Look Back at Disneyland's History

Disneyland was the only park completely overseen by Walt Disney — the five remaining theme park resorts opened around the globe in the U.S., Europe, and Asia after his 1966 death — but his legacy lives on in the Disney theme parks today. Walt Disney didn't invent the theme park concept — Americans were visiting amusement parks and World's Fairs for decades before Disneyland was built, but the park set the standard for what theme parks could and should be. In his Disneyland dedication speech, Disney said, "Disneyland is dedicated to the ideals, the dreams, and the hard facts that have created America — with the hope that it will be a source of joy and inspiration to all the world." Lofty goals for an amusement park, sure, but Disneyland's impact goes far beyond its California park gates today.

Walking down Main Street, U.S.A., passing a sign that reads "Here you leave today and enter the world of yesterday, tomorrow, and fantasy," it's easy to imagine what opening day would have been like 65 years ago. In many ways, Disneyland feels like a living museum, a testament to the theme park industry's evolution (and in some ways, the country's history) through the past nearly seven decades. You can still visit Frontierland, Tomorrowland, Adventureland, and Fantasyland — the lands that first made up the theme park along with Main Street, U.S.A. — and even experience some of the same attractions that were first introduced to the public that July 17. Sleeping Beauty's castle (famously inspired by Neuschwanstein Castle in Germany) still stands at the center of it all as the park's icon.

In addition to those classic rides and original lands, Disneyland has expanded over the last 65 years to include new themes and innovative attractions. In 1966, New Orleans Square opened, followed by Bear Country (now called Critter Country) in 1972, Mickey's Toontown in 1993, and most recently, Star Wars: Galaxy's Edge in 2019. While the early lands focused on American history, exploration, fairy tales, and technological progress, the most recent addition fully immerses guests in a beloved story.

Rides have evolved from simple dark rides through fairy-tale scenes, like Peter Pan's Flight, to incredibly advanced attractions like the recently debuted Star Wars: Rise of the Resistance, which has multiple ride systems and lifelike animatronics. More recently, Disneyland unveiled plans to transform Splash Mountain into Tiana's Bayou Adventure, a reworked ride based on "The Princess and the Frog," removing the theming based on the controversial 1946 film "Song of the South" in an effort to be more inclusive. The new-and-improved ride is slated to open in 2024.

You don't have to know the full history of the Disney parks and the details of their evolution to know that the reason millions upon millions of visitors (over 18 million in 2019) return every year is the inimitable sense of magic and nostalgia they experience when they visit. Despite its limitations — the high ticket costs, heavy crowds, long wait times — there's truly no place like Disneyland.

The rides, character encounters, fan-favorite restaurants, and perfectly themed lands all feed into what is arguably most compelling about the Disney experience (and truthfully, many travel experiences): how it makes you feel. That's what it's been all about since its conception. As Walt said in his Disneyland opening day dedication speech, "Here, age relives fond memories of the past. And here, youth may savor the challenge and promise of the future." 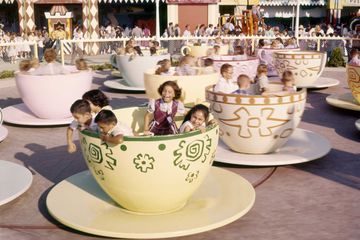 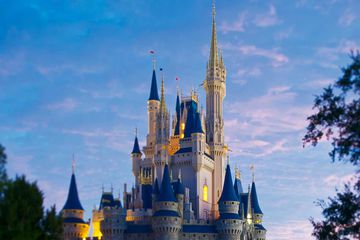 These Photos of Sunrise at Disney Parks Around the World Remind Us 'There's a Great, Big, Beautiful Tomorrow' (Video) 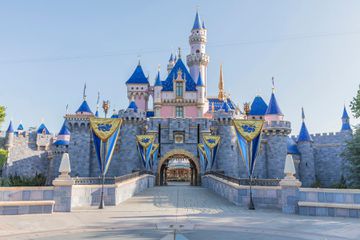 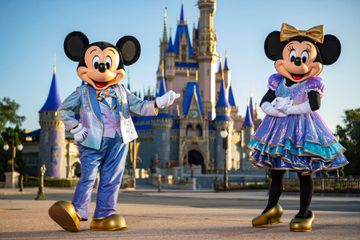 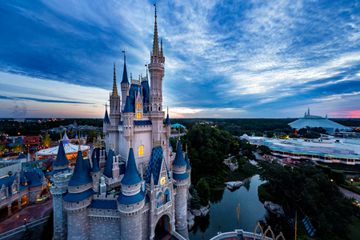 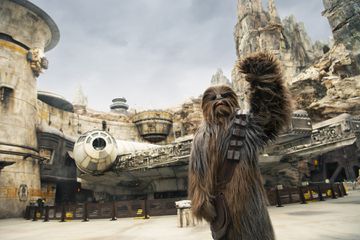 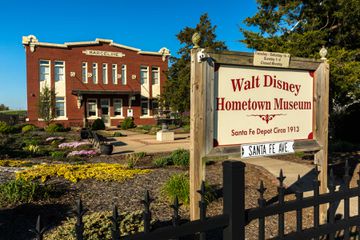 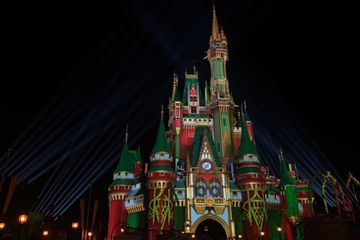